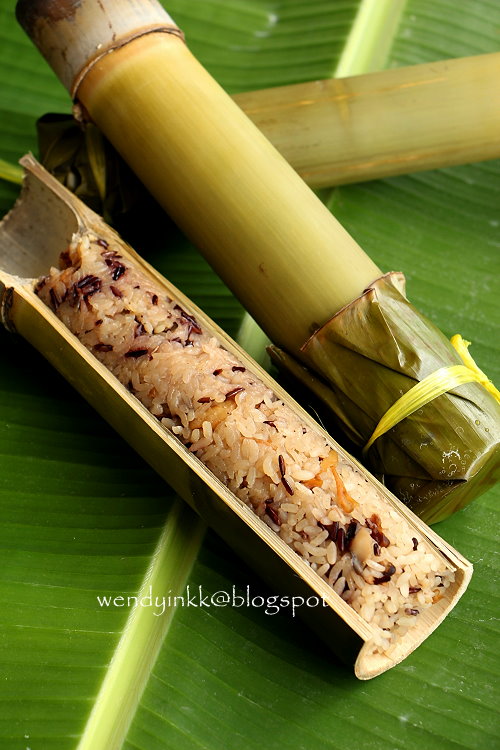 I have access to fresh bamboo. So, it's not an excuse not to try making this.
My husband's employee falls her bamboo bush every Eid and I must ask for it in advance as I won't know when will the bamboo be cut down. As bamboo dries up easily, I can not wait for long once I receive them.

I have never eaten this before, but our AFF Taiwan host, Alan did, many times.
So, he told me what is in those that he ate and with some reference pictures I saw online... I embarked on a mission to copycat the modern Taiwanese Bamboo Rice, the version that you could probably buy at night markets. 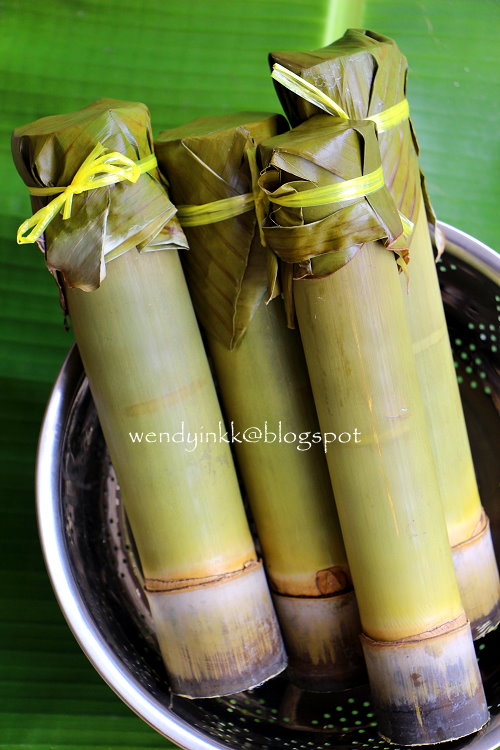 Why will I say it's modern?
The traditional version, as cooked by the aborigines in Taiwan, is just rice or glutinous rice, cooked in a bamboo section that is heated over open fire. Something like our lemang, except it's plain and not seasoned. Only the aroma of bamboo permeates the rice.

The one I made, doesn't smell of bamboo. Maybe it's because I steamed it, instead of cooking it over open fire. I can imagine the slow grilled version smells so much better.
The rice on its own is nice.... ahem... how can it not be? With seasoned pork, cuttlefish and dried shrimp, right? 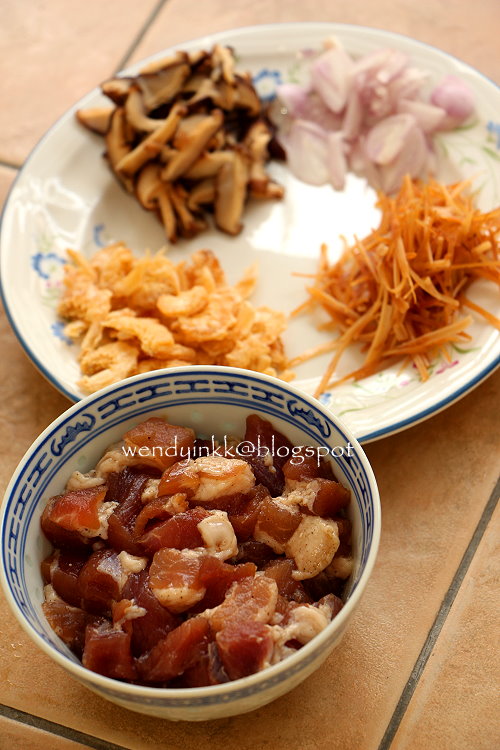 I made this at my mom's and I used her pack of dark looking rice, assuming it's black glutinous rice. And surprisingly it didn't quite stain.... I wonder if they are actually wild rice or black glutinous rice as it was given to my mom. She doesn't know the difference. BTW, the addition was a bad move as it didn't quite soften and stayed crunchy, although the black rice was soaked.

I asked Alan which type of rice was it, as I have a packet of sweet rice bought from Matahari in SS24. And he told me, the ones he ate were the short type. Great, and I just have it on hand! 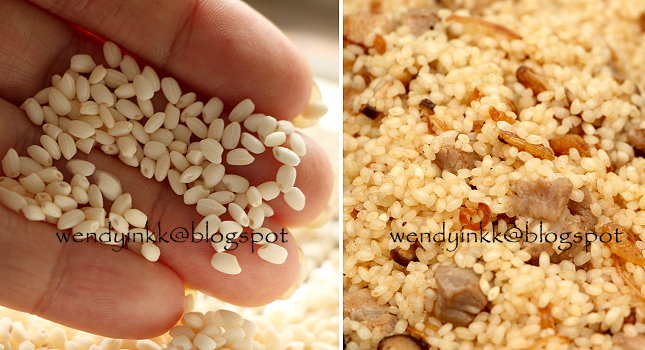 Reference: Alan Goh and the internet 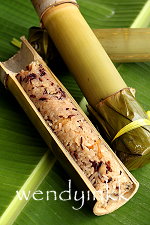 Optional:
Handful of millet or dark glutinous rice (all soaked as well)

1. Soak rice for 2 hours. Drain for 30 minutes before use. Wash bamboo thoroughly.
2. Heat wok and put in 3 Tbsp oil. Saute shallots until lightly golden. Add in dried shrimp and saute for a while, then add in dried cuttle fish and saute until fragrant and the shallot has turned golden. Push it aside.
3. Turn heat to high and put in pork belly cubes and sear them until lightly golden and fragrant. Add in mushroom and cook for a short while.
4. Pour in all the rice and seasonings.Give everything a good toss, mixing them evenly.
5. Fill the rice into the bamboo. Knock the filled bamboo so that the rice compacts. Fill the bamboo until 3/4 full. Add in water, until 1cm to the rim.
6. Soften banana leaves over fire and wrap the opening of the bamboo with it. Tie to secure.
7. Place the bamboo sections into a pot and fill the pot with water, at least 1/2 way up the bamboo. Bring to a boil and lower to medium heat and cook it for 1 hour.
8. To serve: Pour the rice out, or slit the bamboo to reveal the rice.

*If the pot is not tall enough, tie the bamboo together and cover the pot with aluminium foil.

I am submitting this to Asian Food Fest Taiwan Month,
hosted by Alan of Travelling Foodies