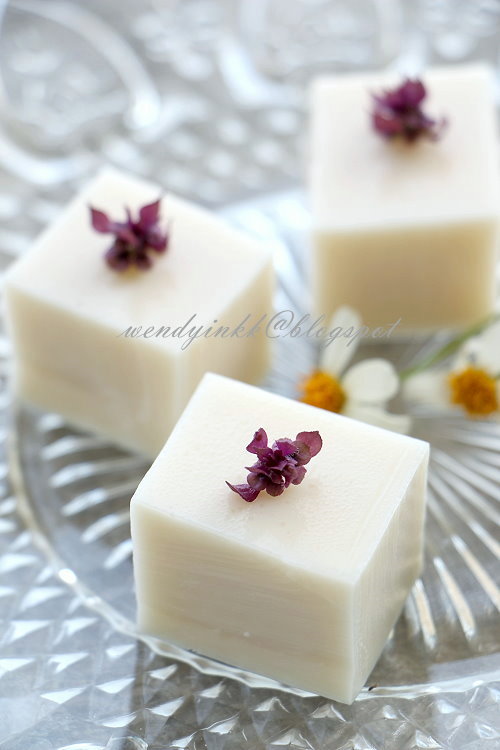 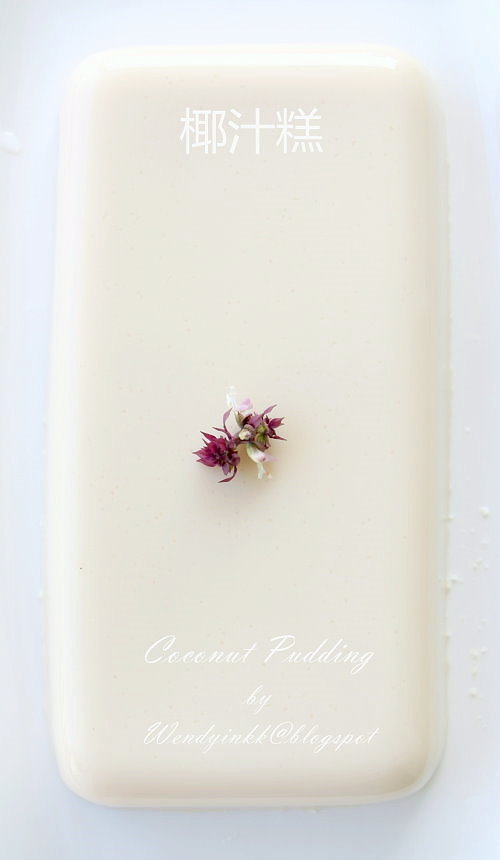 Hong Kong style coconut pudding is jelly like. But I've seen older recipes that calls for the addition of beaten egg whites that gives the pudding a lift in texture.

There are many versions on the internet and some add mango, some add osmanthus, some make it multi layered, some with 2 layers. It's up to your creativity. But for this time, I'll just stick to the plain version. 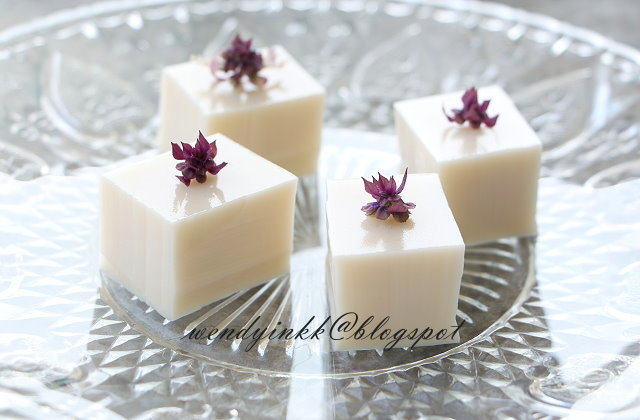 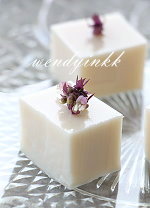 1. Put drinking water into a heat proof large bowl (750ml capacity minimum) and sprinkle the gelatin onto the water. Let the gelatin sit and bloom.
2. Put fresh milk, sugar and coconut milk into a saucepan. Heat it up on medium heat, stirring it with a whisk all the time, gently.
3. When the milk mixture starts to boil, turn the heat off. Pour this onto the gelatin. Stir it gently for a minute or two until it doesn't feels too hot .
4. Pour the jelly mixture into a mould (I used glass), and chill for 5 hours at least.
5. To unmould, dip the base of the mould into very hot water for 3 seconds. Check whether the sides of the jelly has come off and gently pry it to separate, do not use force. If it still sticks, dip it into the hot water again, be careful not for long as it might melt the jelly too much. 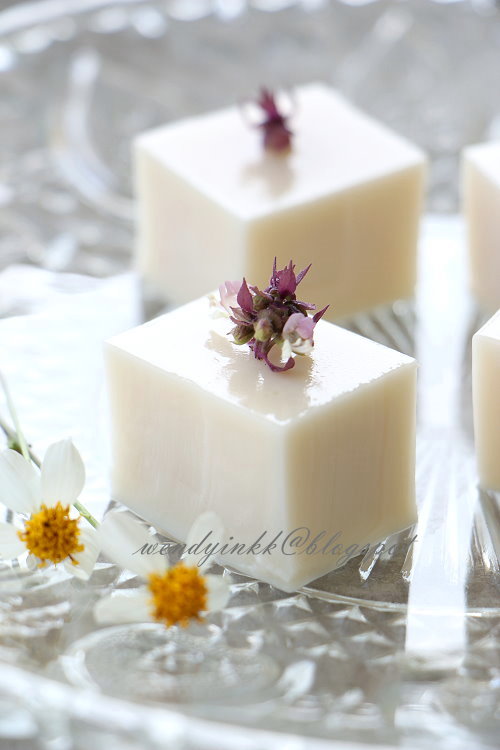