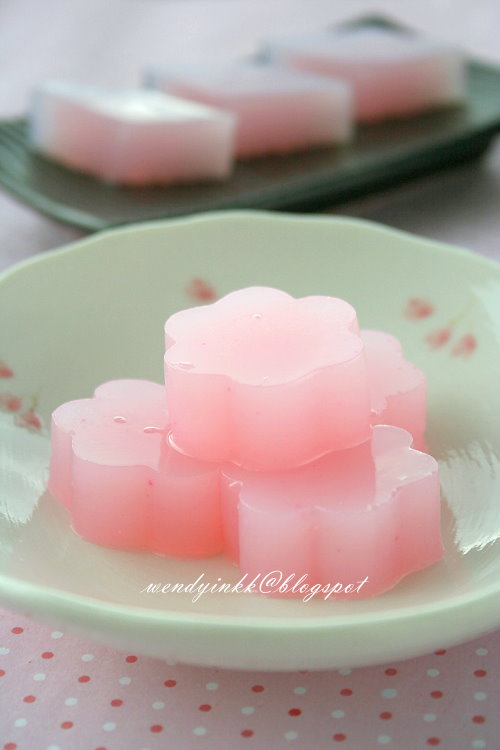 My friend HM who is born and bred in Penang sent me a recipe for Hoon Kuih, and told me, it's a kuih found in Penang that is very popular.
She told me it is usually tinted pink and smelled of infused pandan. I looked at the recipe and it looked quite simple. Almost like making kuih tako, but a lot lot easier. But then I suspected the flavour.. starch, sugar and infused pandan.... should be ok I think. Just like old fashioned agar-agar without the coconut.


Alan also tried out the same recipe but told me it needs tweaking. The recipe was a bit too soft.
I made this after Alan made his, with a slightly different method.
Instead of cooking it directly, I used my favourite way to cook starch, that is to temper it before cooking

The recipe I was given doesn't even have pandan, and personally, I think I have to get myself some that is made in Penang to convert my thoughts about this kuih. Sorry :(


So here is my version. 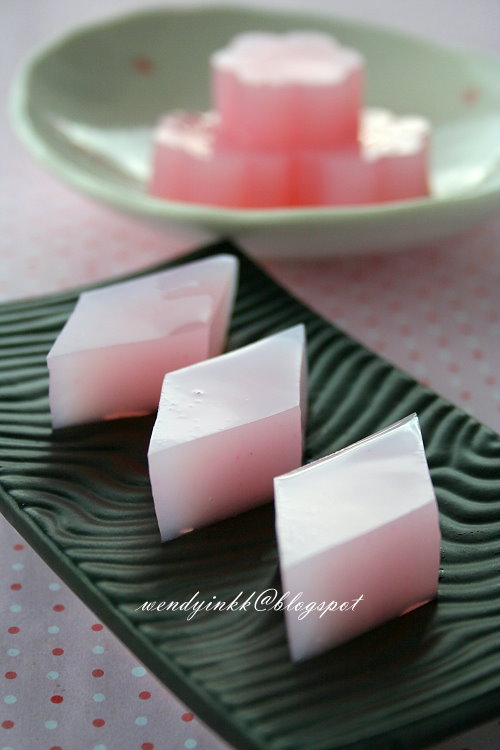 1. Combine ingredients for syrup and bring to a boil. Lower to a simmer for 10 minutes, lid on.
2. Combine ingredients for flour mixture. Stir it well. Wet a 6 inch square pan or round pan. Shake off the water.
3. When the syrup has done oiling, remove the pandan shreds and then pour in the flour mixture, stir immediately and bring it back to a gentle boil. The mixture should have some small bubbles in it and has turned translucent.
4. Pour this into the prepared pan, shake it left right to level. Chill until set, cut and serve.

I am submitting this to Malaysian Food Fest Penang Month
hosted by Alan of Travelling Foodies
Posted by WendyinKK at 11:00 AM