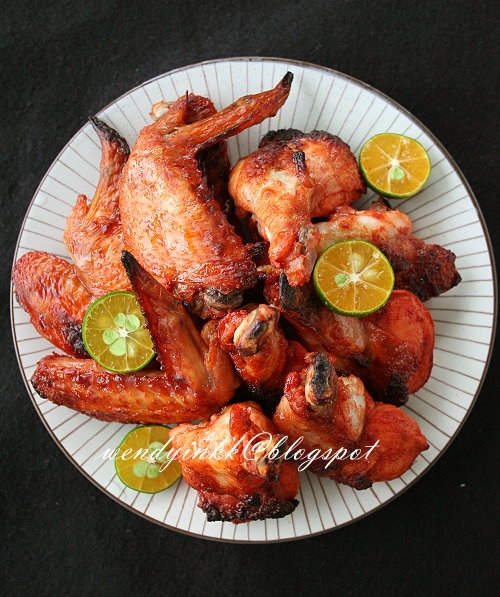 I changed so much of the ingredients to suit my pantry’s stuff that I don’t think the recipe seem similar anymore. It's better not to mislead using the same name.
When this is not for MFF, I am back to me, changing the recipe according to my needs, but still try to be as near as possible with similar substitutions, 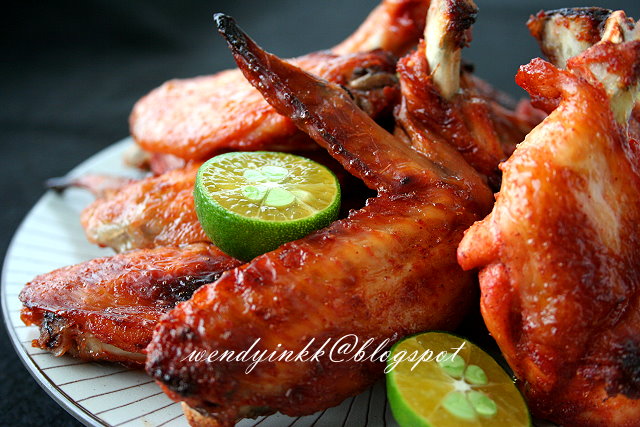 I was lazy to cut a lemon and happen to have calamansi. I don’t have garam masala or any other masalas but since the recipe called for chilli powder and masala, I just used meat curry powder. I don’t want to use food colouring and so I used red yeast powder to make it red. I also think my hubby will not quite like a sourish roasted chicken, so I added in sugar in the end to give it a sweet skin. The only similar thing that remained was just chicken, yogurt and salt. 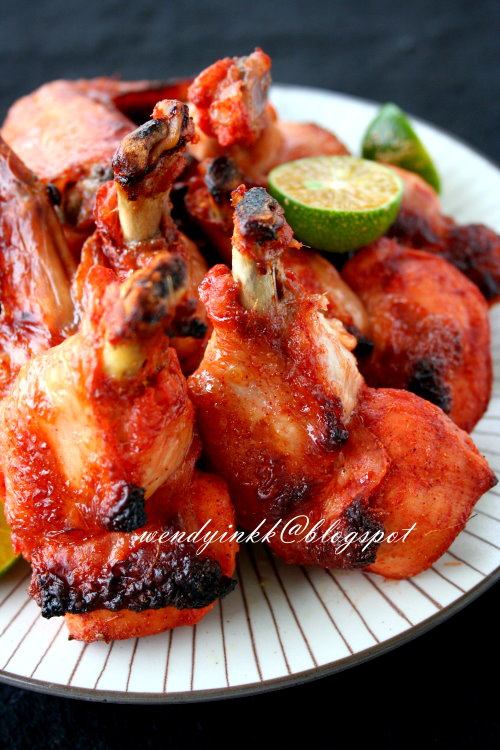 The end result was perfect for us. It lacked the usual uneven surface that tandoori chicken has, maybe because after whizzing the yogurt, it has turned liquidy and the ginger and garlic just didn’t stay put onto the chicken, but the flavours are in the chicken, good enough. The red yeast gave the chicken some colour, but still not as red, but to me, good enough.

But then again, I got asked the same question by the man each time I cook wings, “Why didn’t you use the leg?”, sigh……… 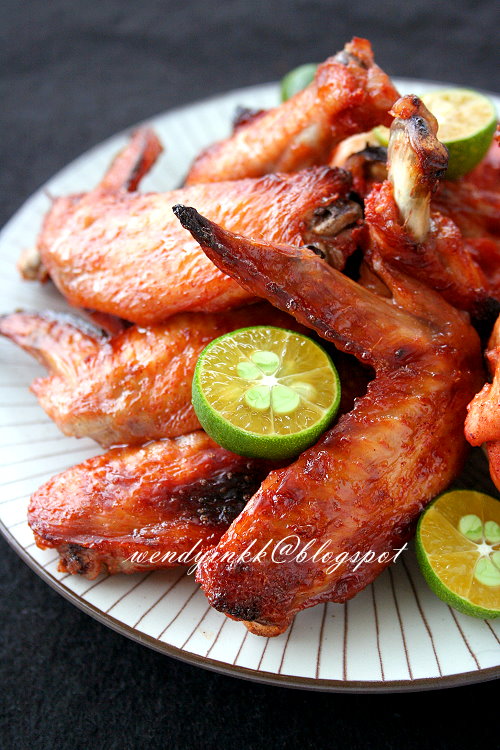 1. Blend ginger, garlic, lime juice and yogurt together until the ginger and garlic turn fine. Pour this into a big bowl and put in salt, curry powder and red yeast powder.
2. Cut chicken wings into 2 parts and put into the marinade and give them a good toss. Keep it covered in the fridge for 1-2 hours, giving them a stir every now and then.
3. When it’s time to cook, preheat oven at 180(fan)/200C (I used grill function with fan) Line a baking tray with foil or baking paper.
4. Pour the marinade into another bowl (there’s use for it, see way below ), leaving the chicken behind. Mix the chicken with sugar.
5. Arrange the chicken onto a wire grid. When oven has preheated, place chicken in oven with the lined baking tray underneath it. Roast it according to your oven’s manual until it slightly chars. You might need to flip it if needed.

*I didn’t preheat my oven as my oven has a quick preheat for grilling. I used grill function with fan, and placed it on the 2 rack from the top. Took me 20mins to get the wings done. I didn’t flip my wings 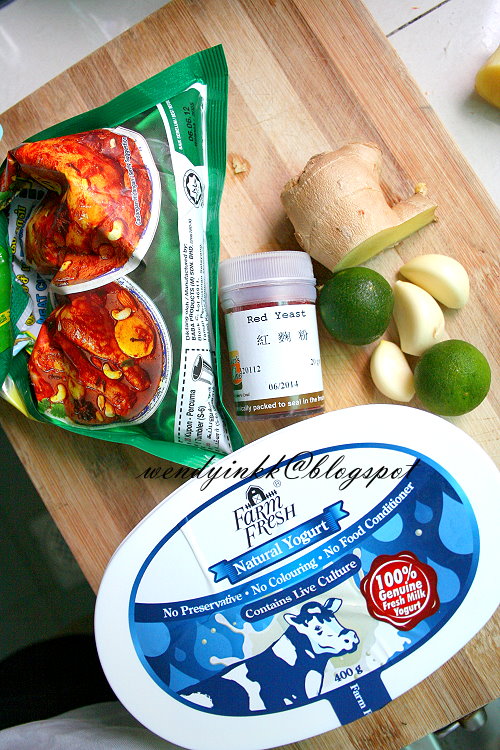 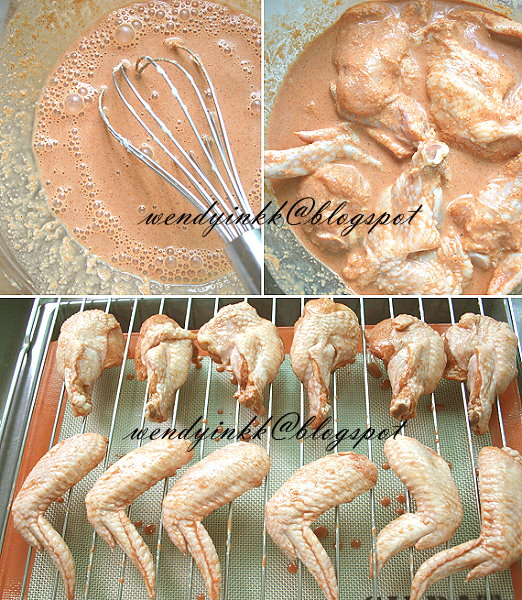 After I've taken out the marinated wings to roast, I was left with quite a substantial amount of marinade. It seemed wasteful to discard the yogurt in it, and so I added in other stuff and made Gobi 65. Gobi 65 is a fried cauliflower dish that is very popular in India. 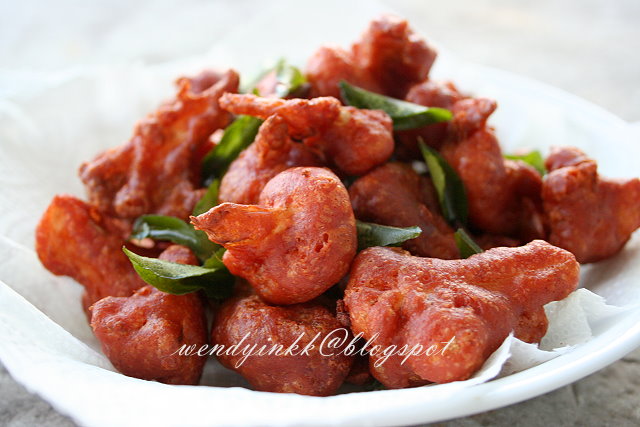 What you will need is,

Sift the rice flour, cornstarch and baking soda together. Mix it into the leftover marinade. Dip each cauliflower floret into the batter and deep fry until you feel a firm crust has formed. Throw in the curry leaves and fry for a few seconds. Sprinkle the curry leaves over the fried cauliflower