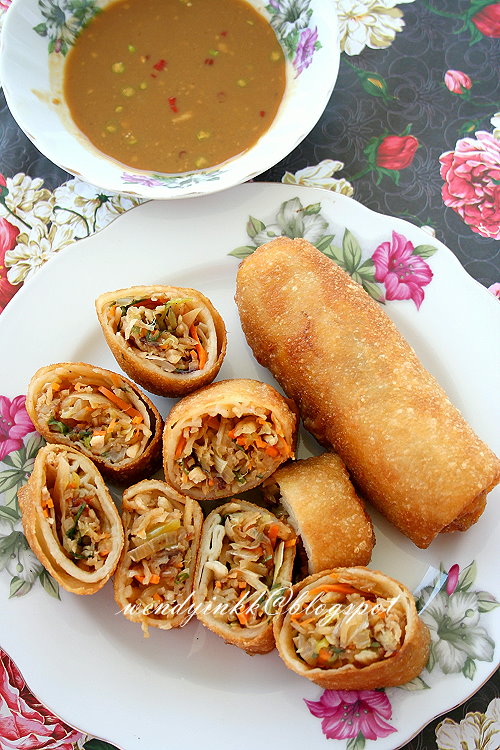 Alan asked me to make this, haha!

Personally I have never eaten this before, but I think by the looks of it, it looks rather similar with the one that Hock Chai posted. 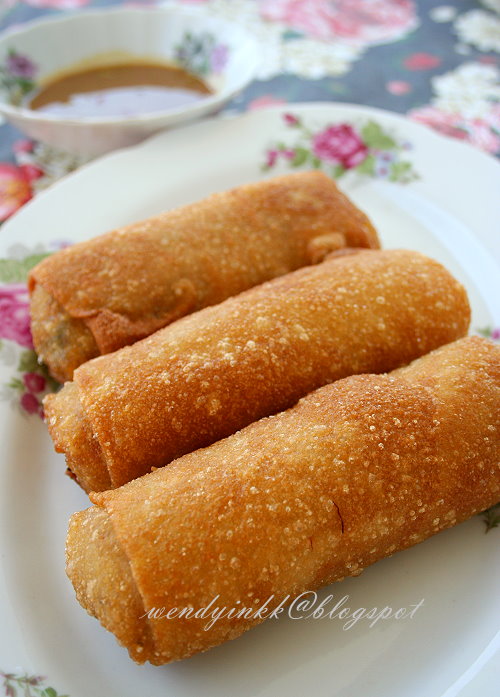 Hock Chai once saw an old Hainanese chef make this. He was a friend of his father. Old masters rarely teach people on how to cook certain things, especially dishes that is part of their livelihood. But if one is sharp enough, just by going in and out of the kitchen, one can pick up many tricks and skills just by observing. And if you're lucky, the chef will teach you a trick or two.

According to Hock Chai, Hainanese spring rolls uses a crepe as skin. Not the regular spring roll wrappers. He gave me a rough recipe and I came up with this wrapper. It was crispy when freshly fried, but doesn't stay crispy for long. Acceptable within 20 minutes, but any longer is soft. Hock Chai said, those sold are crispy for half an hour and only crispy if one dines in. Take aways are soggy for sure. Seriously... I am not sure how close I am to the real thing. LOL. But the filling is tasty on its own and Hock Chai said, the dipping sauce is essential to this dish. Tamarind, worcestershire sauce, lime and mustard, a fusion of British and local ingredients that makes it 'Penang' :)

Thanks Hock Chai for your generosity to share and teach. 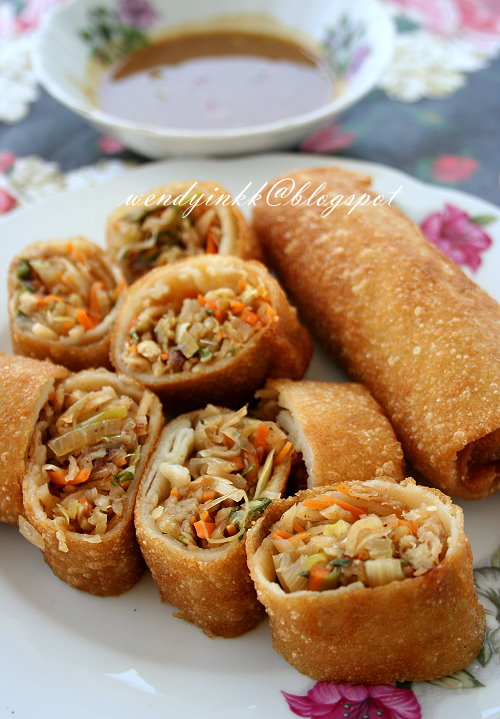 1. Prepare pastry batter. Sift starch, flour and baking soda together. Mix with salt and water. Give it a vigourous stirring for 1-2 minutes. Mix in the oil. Let the batter sit for 1 hour.
2. Cook the batter. Heat a 9 inch or 10 inch non stick pan on medium heat. Pour in a thin layer of batter and cook until it bubbles up. Turn off the heat and let it cool down for about 30 secs then flip it over to an overturned bamboo tray. Repeat until all the batter is used up. ( see video). Take note that if the pan is too hot, the crepe becomes  pock marked.
3. Heat wok and put in 4 tbsp of oil. Saute sliced hallots on medium low heat until they turn crispy and golden. Drain and dish up, set aside.
4. Remove half the oil and set aside. Saute the chicken on high heat until it turns opaque and looks almost dry, push it to the side and put in prawns and cook until it turns colour, push to the side and lastly put in crab meat and saute for a while. Push all the meat back and add seasonings. Cook until dry and fragrant. Dish up and set aside.
5. Pour the remaining shallot oil back in (add more oil if needed) and turn heat to HIGH.Saute the onions until fragrant and translucent, put in leeks and cook until fragrant. Add in carrots and cook until they no longer look 'hard', then put in cabbage and jicama. Add in seasonings and cook until the filling is no longer seem juicy and fragrant. Dish up onto a colander and let the juices drip dry (if there is).
6. Combine all the fillings together. Take one piece of pastry and put 3 heaped tbsp of filling onto it. Try to pat the fillings tight. Fold both sides of pastry in and roll up tightly. Smear the ends with some 'glue' and finish up the rolling.
7. Deep fry the formed rolls on medium heat as as soon as you can after wrapping until they are lightly golden. Heat up with oil until very hot and deep fry it a second time until they are very golden.
8. Serve immediately with dipping sauce. 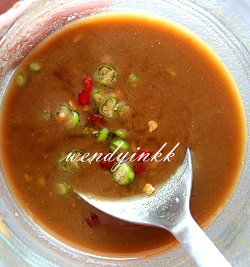 Combine mustard, worcestershire sauce and tamarind juice together. Heat up in microwave until it boils. (I can't think of any other way to cook 3 tbsp of liquid).  Then combine with other ingredients. 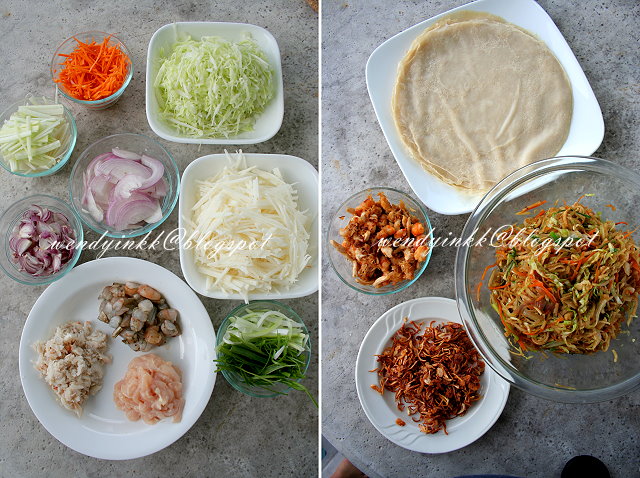 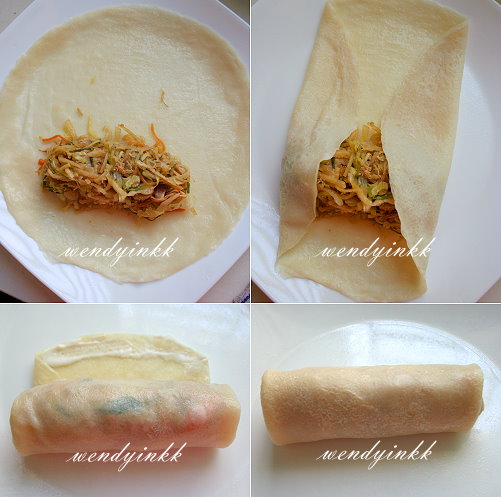 I am submitting this to Malaysian Food Fest Penang Month
hosted by Alan of Travelling Foodies
Posted by WendyinKK at 11:00 AM