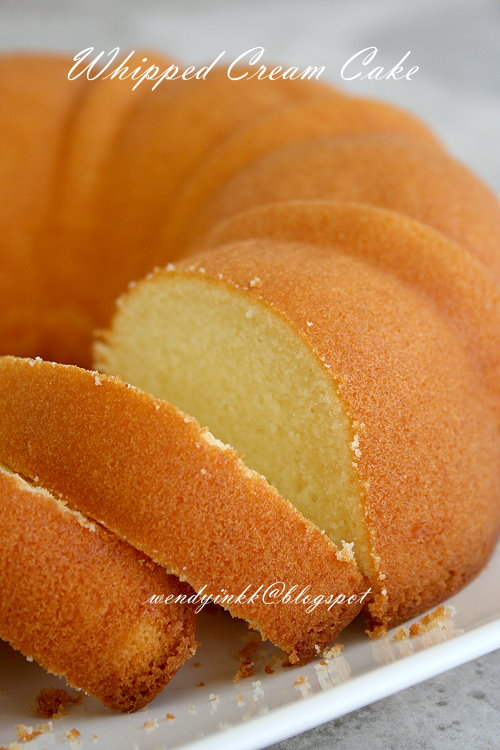 The cake looked soooooo short!! Maybe shorter than what I expected.

I wonder where did I go wrong. My pan was a 12 cup pan, recipe called for 10 cup pan,  just that 2 cup difference, but it looked really short, haha, probably I should find myself a tall slim pan. Malaysia has a pathetic selection of bundt pans. Unless I buy those that cost me 3 digits in upmarket areas. I'm too stingy for that.

And it so happened that Lena also baked the same cake (go see hers), and today we are posting it together.
And we are both using the same pan and have the same short cake, haha!
So, I blame it on the pan. 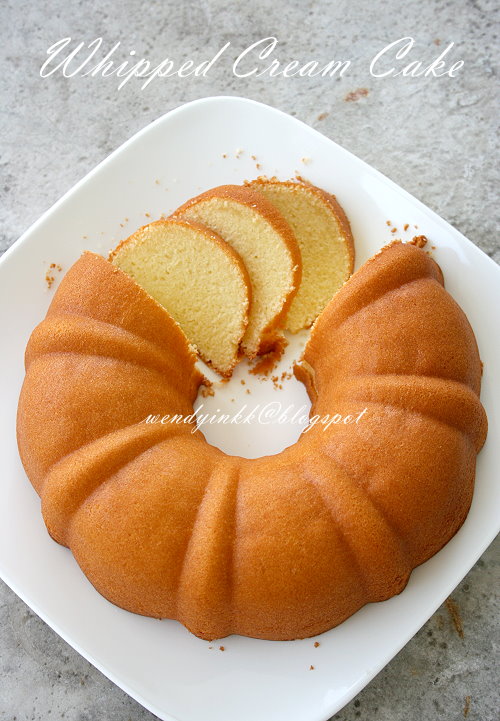 The cake tasted really fine and soft, but I'm not to say, all gaga for it. I'll eat it, but won't think of it.
It's not fragrant enough. I wonder if it's because we used whipping cream that has a lower fat %. It doesn't have a buttery fragrance, so it'll be good for those who fear the smell of butter. Texture wise, a lot lighter than butter cakes, even lighter than Mrs Ng's cake. Like half sponge cake half butter cake, and it's moist.

This cake is perfect if you want to use up that opened carton of cream, but I'll still gladly eat butter cake. 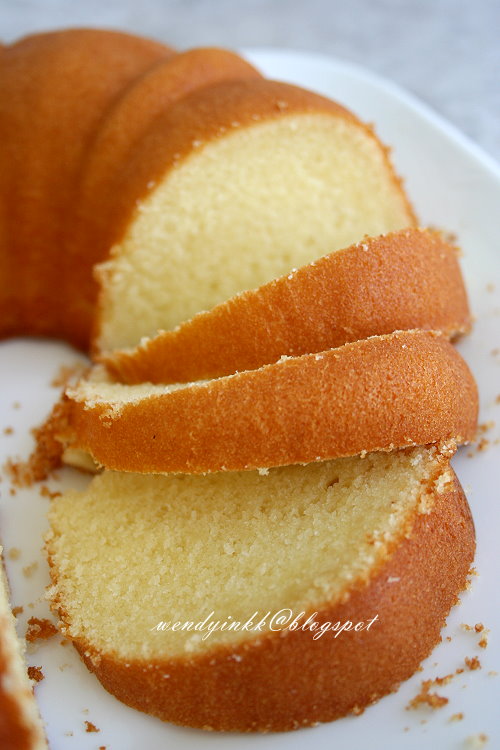 1. Prepare a 10-cup bundt pan(mine was 12-cup), sprayed with non stick baking spray (or u can grease and flour). Preheat oven at 170(fan)/190C. (Dark pans 160(fan)/180)
2. Sift flour, baking powder and salt together. Set aside.
3. Whisk the egg and vanilla together until combined. Set aside.
4. Beat the whipping cream on low speed, gradually increasing the speed to medium high as it thickens(this is to avoid splattering, and the increment to the highest speed shouldn't take more than 2-3 minutes ). Beat until stiff peaks form (the peak can hold its shape).
5. Gradually beat in the egg mixture and the mixture will thicken and look like the consistency of mayonnaise.
6. Gradually beat in the sugar (in 30 seconds)
7. Remove the mixture from the mixer.
8. With a manual whisk, fold half the sifted flour into the cream mixture until almost all the flour dissapears, then fold the other half in until all the flour dissapears.
9. Scrape the sides with a silicon spatula and pour into the prepared bundt pan.
10. Bake the cake for 25-30 minutes, or until skewer comes out clean.
11. Let the cake cool in pan for 10 minutes, then invert it over a wire rack to cool off completely. 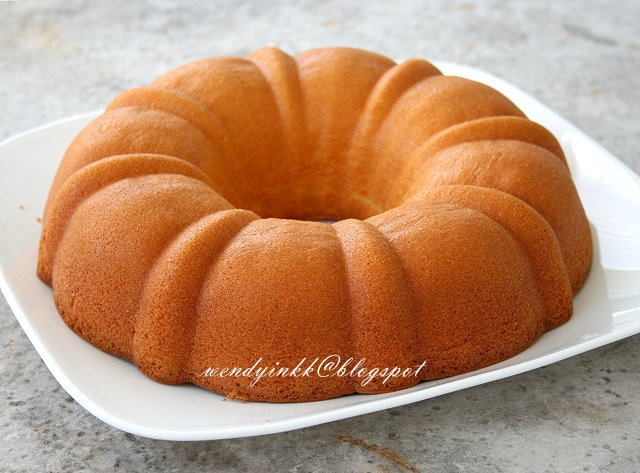 I submitted this post to Cook Your Books Hosted by Joyce of Kitchen Flavours
Posted by WendyinKK at 11:00 AM