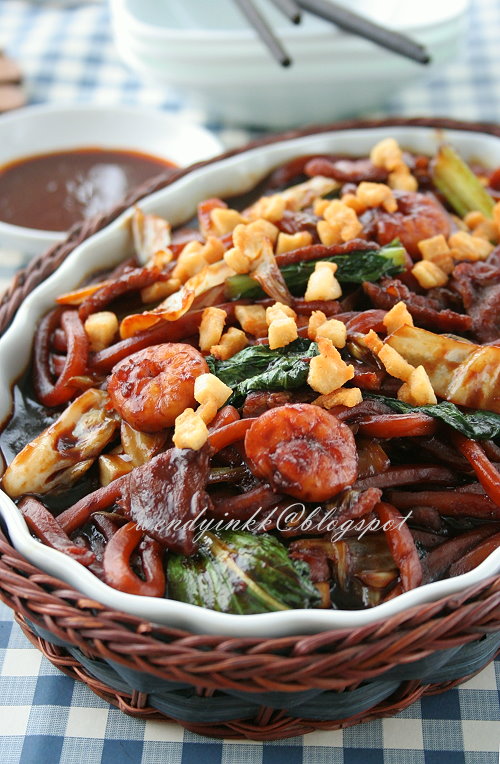 This month's MFF features the food from the most populous area in Malaysia, Selangor and Kuala Lumpur. Visit Shannon's blog for the intro

This is my favourite late night supper food  when I was still staying in Klang Valley.

My then boyfriend, now  husband, is another big fan of this and whenever hunger pangs hit us at 11pm or 12 midnight, we'll head over to Nan King Coffeeshop, Taipan USJ and have our fix. Sometimes, we have this as dinner too!

Weirdly, with it originating from KL, it is not delicious out of Klang valley. Those in Perak  cannot  be compared to those in either KL or Selangor. I think those in Perak do not know the secret seasoning agent that makes it different, the dried sole powder 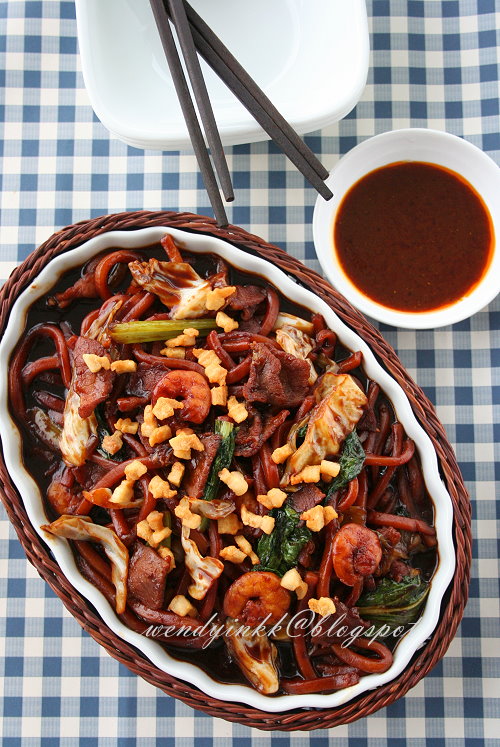 I got to know of this ingredient when Jason(Axian) did a show on the origins of this dish. And from the show I got to know it was invented in Petaling Street and the original shop is still in operation until this day, but not the same people manning the shop, definitely : ) Read a review about the shop here

After eating for many years at Nan King, I have come to know the process of cooking the noodle. They have an open kitchen where one can see the flaring flames and smoky woks I have tried cooking this dish long before...but without the dried sole powder. There was indeed something missing. And since I recieved a big bottle of the dried sole powder from fellow blogger HKChoo, I could finally replicate a homecooked version that I can be pretty much proud of :) 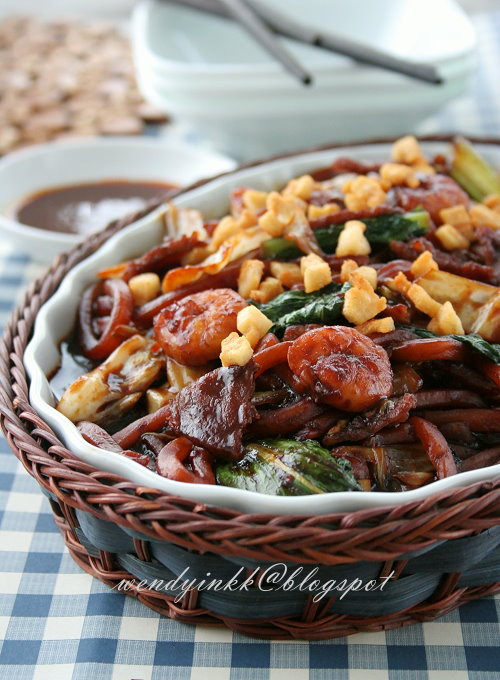 FYI, there are smaller bottles of dried sole powder, sold in supermarkets under the same brand that I am using. It can also be used as a quick soup base. I've opened it for many months, and the stock powder is still pretty much  powdery instead of caking up like other types of stock powders. It's quite handy if you need some extra kick in your cooking. But I don't use it often :)

My process of cooking is adapted to suit home stoves of which is not as hot as commercial stoves.
Wok smell is there :)
See Video below this post 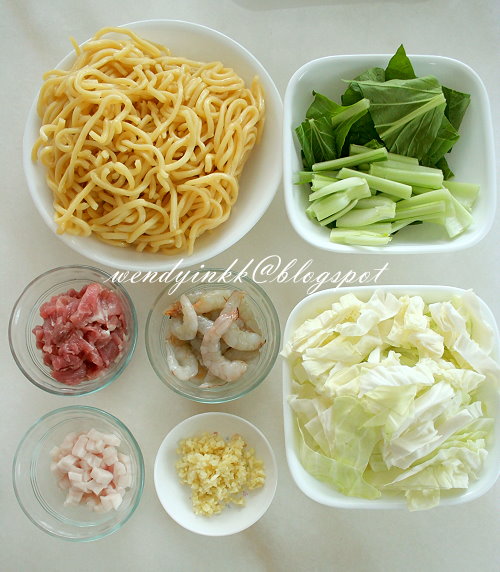 1. Boil a  kettle  of water. Place noodles in  a basin and pour the boiling water over it. Stir it around to make sure the noodles are bathing. Drain the noodles. (don't let the noodles bathe longer than 15 secs)
2. Heat wok on medium heat and put in pork fat. Let it cook until oil starts to ooze out. Turn heat to low and slowly render the lard out and cook until the solid fat pieces turn golden and crispy. Drain and keep the crispy fat and lard separately.
3. Heat wok on high and then put in 1 Tbsp of oil, Wait until the wok is smoking hot. Put in the pork slices and cook until the meat is well seared. Dish up.
4. Heat wok and put in another 1/2 Tbsp of oil. Wait until the wok is smoking hot again. Put in prawns and cook until they curl up. Dish up.
5. Return lard to wok and let it heat up until hot.
6. Put in garlic and with a swift hand stir it around. It should be lightly golden very quickly.
7. Put in cabbage, and give it a quick toss and then the indian mustard stems.
8. Put in noodles, seared pork and prawns, give it toss, then  put in water.  Add all the seasonings and bring it back to a boil. cover with a lid and let it cook for about 10 minutes until the noodles have softened (depends on the manufacturer), and the gravy has reduced. (It should still have some gravy as it further dries up during eating).
9. Add in the green mustard leaves and cook until it wilts and dish up 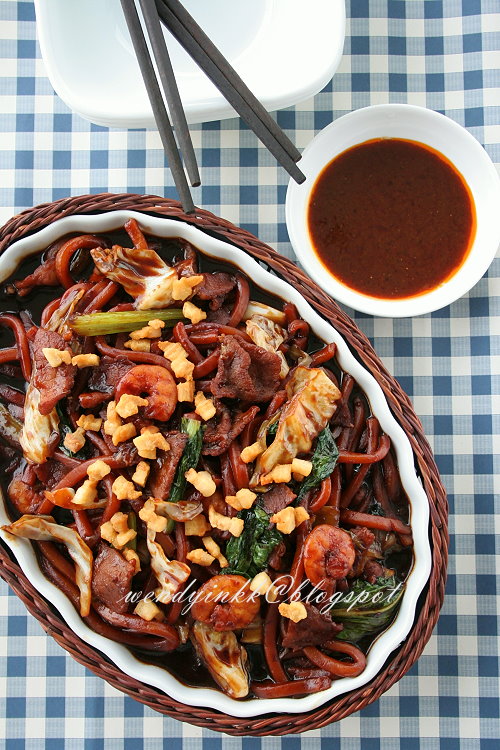