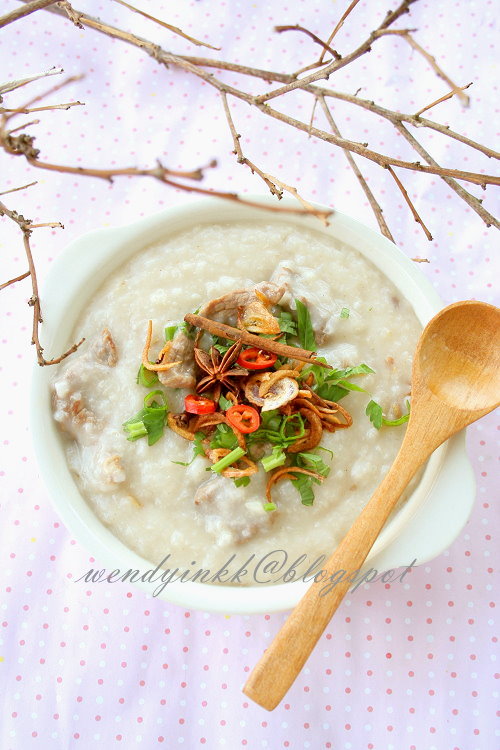 First of all, a blessed Ramadhan to all my Muslim friends and readers.

Each year during Ramadhan, Masjid Jamek in Kampung Baru will distribute a much loved porridge called Bubur Lambuk Agong to people in need of food to break fast with. So much so, that they cook around 100 pots each day for distribution. Each pot can provide 400 packs, so altogether 40000 packs each day! Volunteers come to help and donors chip in to make this tradition an annual event. It's a huge thing! They are not just known within Kampung Baru, or KL city, or Klang Valley, but so much so until people from Brunei will ask their friends and relatives to post the porridge over. Nowadays, the porridge is not only collected by people in need, but just anyone, anyone who queues up since 2pm can have some too. Read here to have a better understanding about Bubur Lambuk Kampung Baru 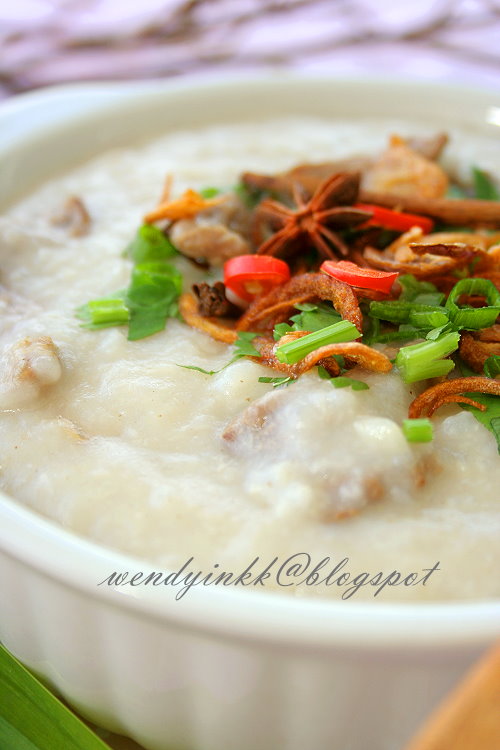 I have never eaten Kampung Baru's version, but I have eaten some distributed in KK, My hubby walked pass, and they asked my hubby whether he eats beef, he said yes and just handed my husband one packet. That was my first bubur lambuk and it was very nice.

I referred to this picture to know what is in the porridge (no exact amount information) and this recipe for a rough idea for the method. This recipe is closest to what I could derive from the picture, except there was no ginger and pepper in that picture. Because I have been reading a few other recipes, I also added in lemongrass of which didn't exist in the picture from Kampung Baru. So, my mistake. Although this porridge doesn't use any pepper (as seen from the pic), the overall taste doesn't taste as if something is missing. It has a heat note in it, and I don't find pepper to be necessary. The porridge is flavourful and doesn't need any help from Mr Msg  or Mr Cube.

My whole family loved this porridge.
Try this at home and let the real bubur lambuk serve its original purpose. 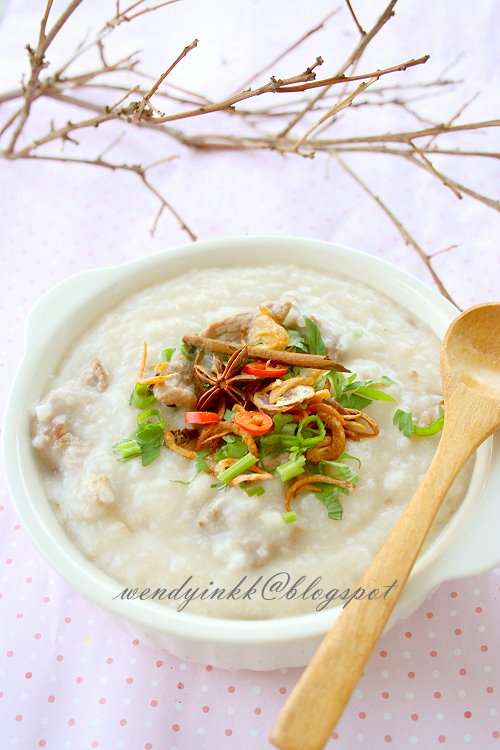 1. Wash rice and drain. Place rice into slow cooker and turn on to high heat. Pour 2L boiling water into the slow cooker. Tear pandan leaf into small pieces and put it in.
2. *Heat a pan and put in oil and ghee/butter. Saute onions and garlic until fragrant (no need golden), then put in the spices (and lemongrass) and saute until fragrant. Put in the beef slices and and cook until the juices dry up.
3. Pour the cooked beef and everything in it into the slow cooker. Add in dried shrimp. Let it cook on high for 2 hours.
4. Put in coconut milk, stir it and season with salt. Add more boiling water if needed. Let it come back to a full boil. (takes around 30 minutes)
5. Turn off the heat. Let it sit for another hour. (it'll be smoother). Serve with some sprinkling of sliced chinese celery, spring onions and crispy shallots.

*You can fry the crispy shallots in advance, then use the oil at step 2. 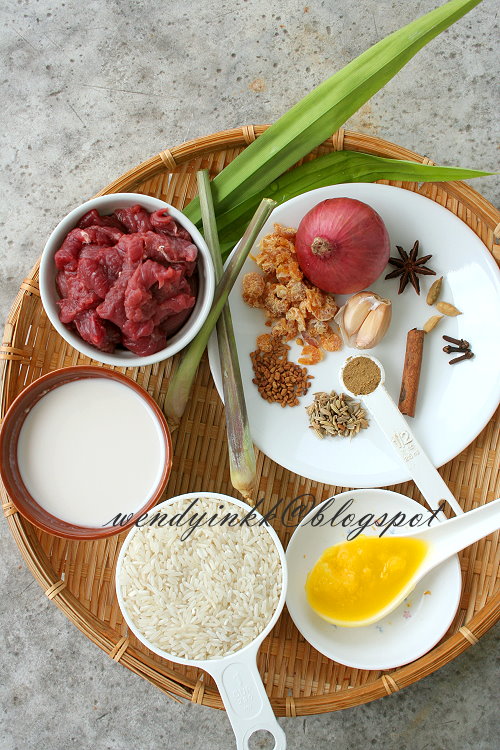 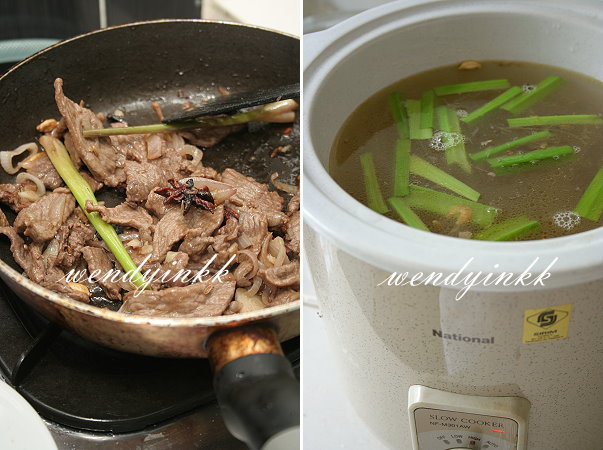 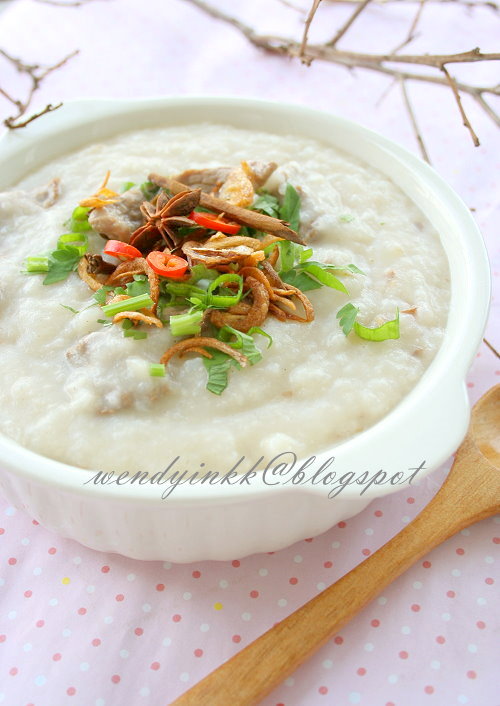