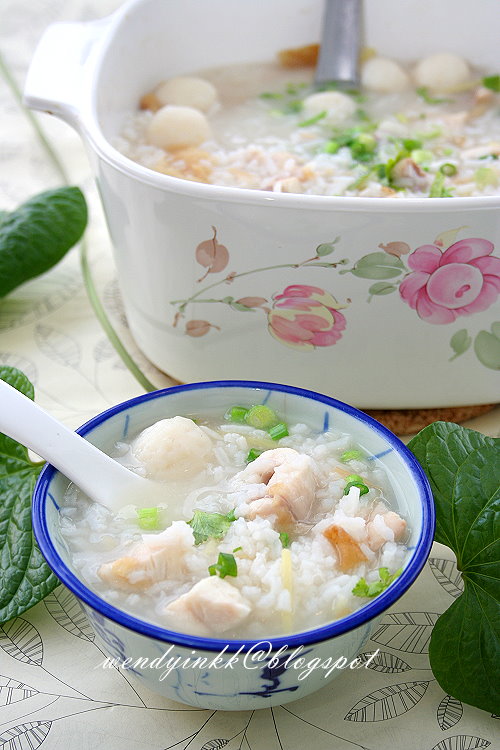 Sekinchan is a small town on the northern coastal area in Selangor. It's major industry is fishing and rice planting.

This small town has a lot of seafood restaurants (compared to its size and population) and one of the popular treats in this town is shark porridge. Found cooked in two ways:- original and spicy. I chose to replicate the original version as I have kids at home. 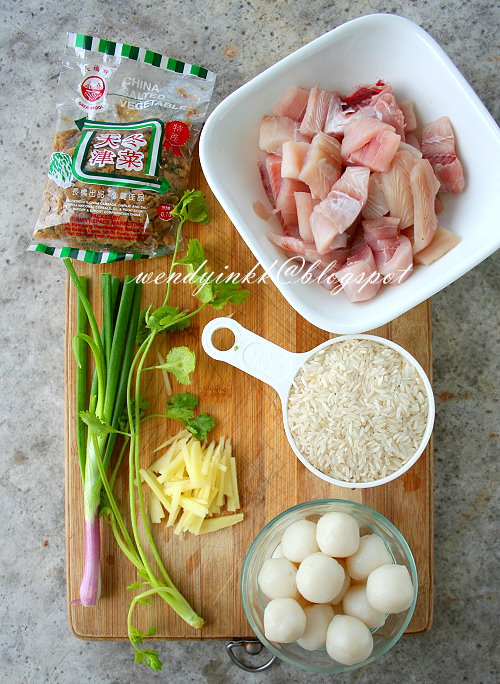 Shark, seems scary. It seems cruel to eat. Yes, shark fin is cruel due to the way they are harvested and how they waste the the shark away. But eating shark isn't wasting anything away. It is not prohibited to be consumed in my country. Shark actually taste like tender chicken. Quite delicious.

Sekinchan's Shark Porridge is cooked the Teochew way, as in... rice still in granule form, rather than all mushed up. It has very basic flavours with nothing too much to choke up the taste of the porridge. It is rather soupy but will dry up more as the rice absorbs more of the broth. It is usually served in the pot that it is boiled in, still boiling when it arrives at the table.

If you love simple flavours, you will enjoy this. If you prefer robust flavours.. hmmm.... you decide for yourself. 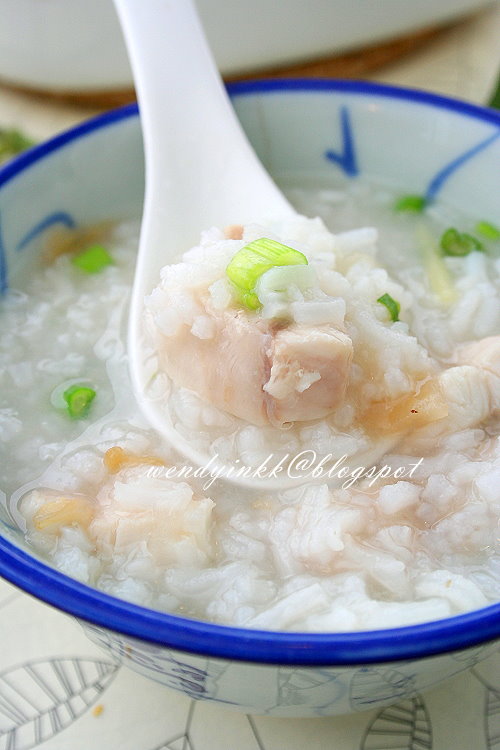 1. Bring water to boil in a pot, preferably a claypot.
2. Rinse dong choy, and wash rice. Drain both.
3. Put the dong choy and rice into the pot, and bring back to a boil. Lower to a simmer for 15-20 minutes or until rice is cooked.
4. Put in fish balls and ginger strips and simmer until the fishballs expand.
5. Season with salt.
6. Put in shark flesh, bring back to a boil and turn off the heat
7. Put in coriander and spring onion. Serve.

If you find the shark flavour to be too strong for you, add in 1 Tbsp of sesame oil. But this type of porridge is supposed to be full of seafood flavour. It's always a personal choice.
There is no need to add in any stock cubes or use stock as Teochew porridge is usually cooked in water and the Dong Choy is there to lend some umami.
My son who normally don't enjoy rice with soup had two portions of this. 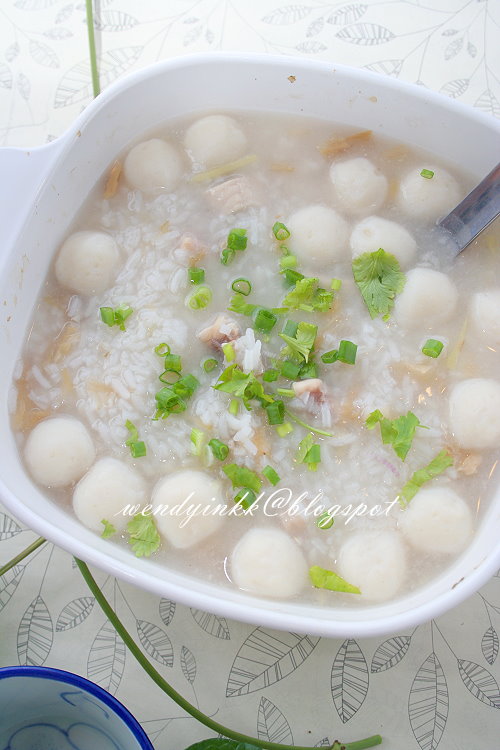 This post is also linked to Little Thumbs Up organized by Bake for Happy Kids, my little favourite DIY hosted by Alvin from Chef and Sommelier.