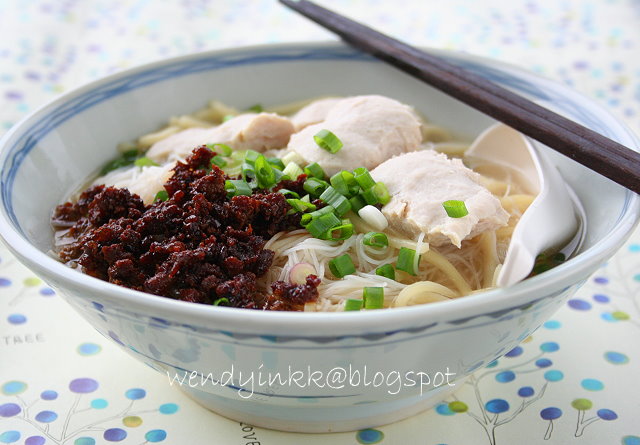 Sekinchan is a small town on the coast of Selangor and the major industry is paddy production.
Known for its idyllic paddy fields and seafood as well.
But this noodles is not related to this small town (Thanks to fellow blogger SKFong for letting me know)

Noodle stalls in Klang Valley mostly names it Sekinchan Pork Noodle and don't ask me why. I don't know why. But the real McCoy, Sam Kan Chong is actually from Jalan Silang , somewhere near to Petaling Street, the Chinatown of KL. The name Sam Kan Chong means, 3 shops. Thanks again SKFong.

Maybe due the similarity in sounds, it gets confused along the way.,. if you know of any stories, do share with me. 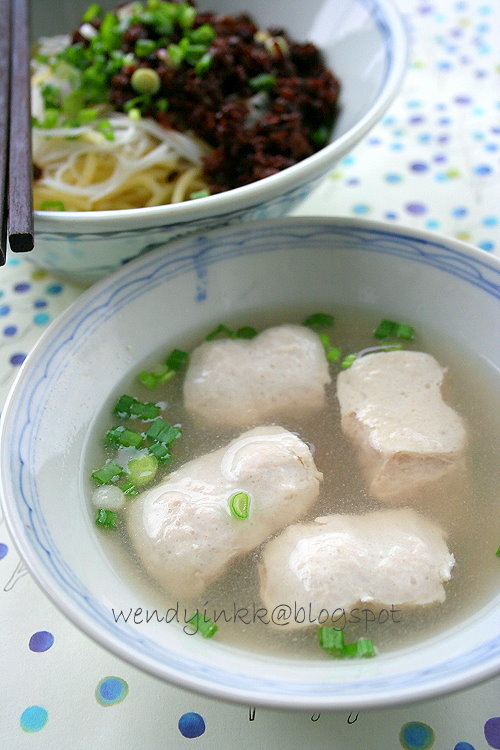 Balls... supposedly to be round and spherical. But this one isn't within the norm, It is rectangular and formed  in a pan with each piece touching each other. It is commonly sold in Klang Valley at wet markets, night markets in long rows. You can buy them and break them up when you cook them. It is crunchy, moist and not as hard as regular pork balls. Personally I prefer this over regular pork balls.

I can't get this over here, and I asked an aunt who happened to be coming back to bring me some. I got ready the broth bones way ahead of time because I won't know when she will be coming back, exactly.
When she got back, I quickly put the pork balls in the freezer and cooked them few days later. Tasted just as good, no loss in texture. 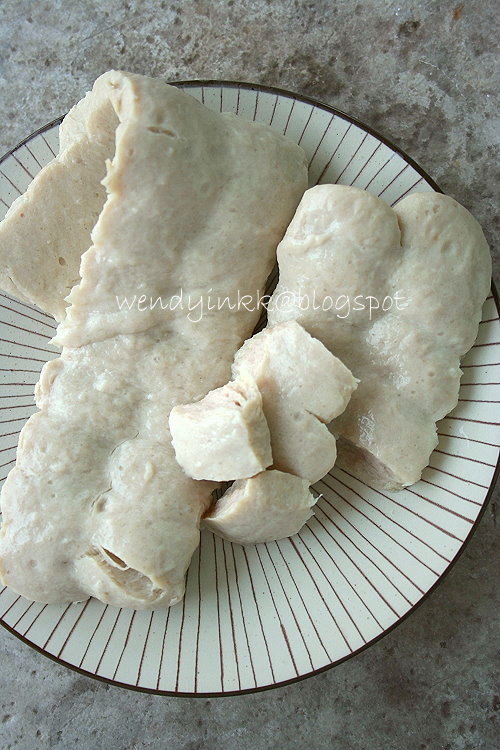 It is not only sold as raw balls, but they come with noodles as well, served either in soup or dry. Noodle options range from yellow noodles, rice vermicelli and flat rice noodles (Kway teow).

From what I remember eating this noodle in Klang Valley, the broth is very porky, and the mince meat is not obviously sweet. Roasted sausages 烧肠 are optional, although they taste delicious. I didn't use them this time because I can't get them. Previously there was a van that sold it here, in KK every Monday, but nowadays it's not longer seen. But then again, it's just a bonus to have those sausages. Add them in if you could get them. 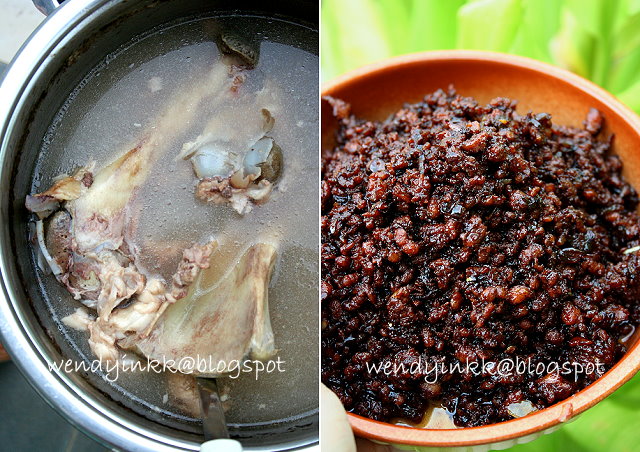 Noodles for 6
More pepper if preferred
Spring onions for sprinkling
Sekinchan Pork balls for 6 (I served 8 pcs per adult, 4 pcs per child)

1. Blanch pork bones in boiling water for 1 minute. Pour away the water and wash the bones clean from scum. Fill in with 5L of fresh water and bring to a boil. Lower to a simmer for 4-5 hours until the soup turn a bit murky. Add in seasonings (make it slightly oversalted)
2. Cook the mince. Heat wok and put in oil. Saute the shallots and garlic until almost  golden. Add in minced pork and cook until meat turns opaque. Put in all the seasonings and cook until almost dry. Dish up.
3. When it's almost time to serve, fish out all the pork bones from broth and put in pork balls, bring to a boil until the pork balls seem to look 'expanded'. Keep the broth hot. 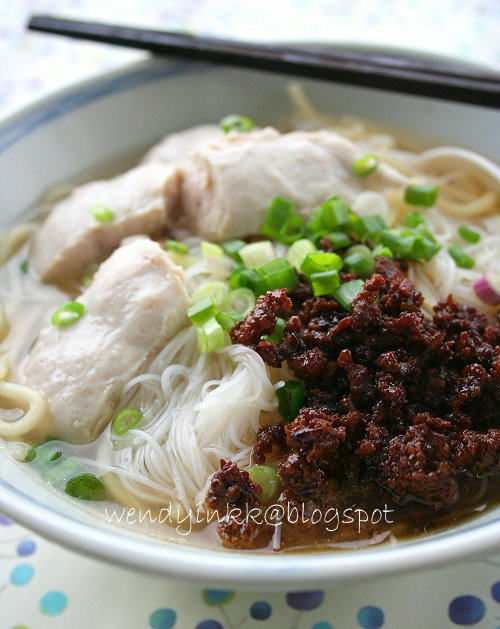 Soup Version: Blanch noodles and put them into the serving bowl. Put in broth and pork balls. Top with 1 heaped Tbsp of minced pork and some spring onions,Add pepper if preferred.

Dry Version: Blanch noodles and put into serving bowl. Put in 1 tsp dark caramel sauce, 1 Tbsp light soy sauce and 1 ladle (100ml) of the pork broth. Add pepper if preferred. Give it a toss and top with 2 heaped Tbsp of the minced pork. Try to get the oily ones from the base. Serve pork balls separately in another bowl with broth. 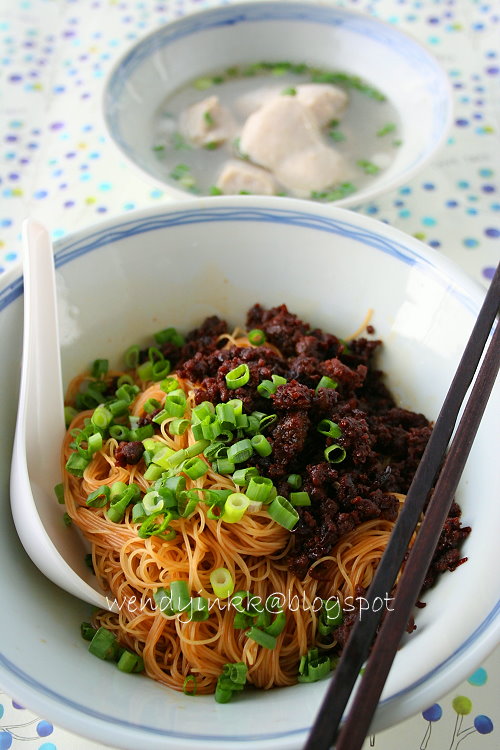 I'm submitting this post to Malaysian Food Fest KL Selangor Month hosted by Shannon of Just as Delish
Posted by WendyinKK at 11:00 AM