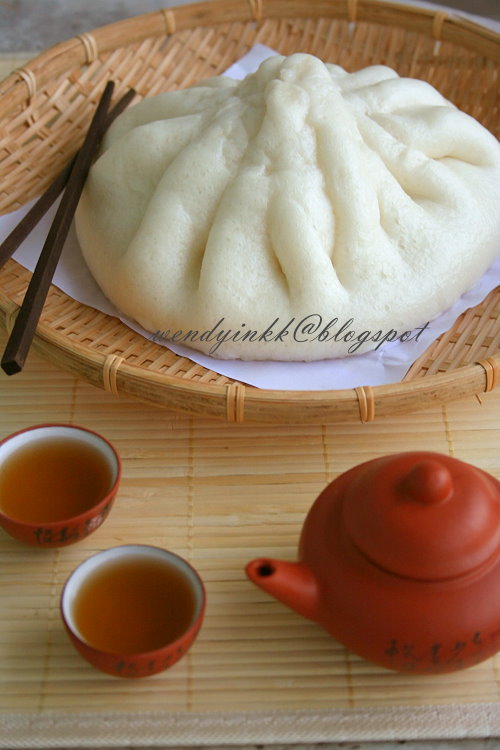 These buns were not well known for the taste.
It's for the size.

Amy Yip was an infamous actress back in the 90's, she's famous not for her acting, but for her F sized asset with a 21 inch waist. As to why these buns were named so... you should be able to guess why :) 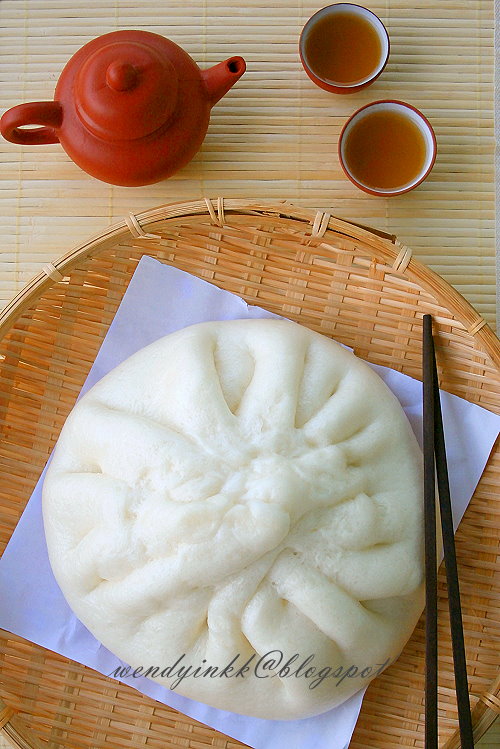 These buns were first sold in Cheras back in the 1996. Read about it here in Chinese. It was selling like hot cakes when it first launched, selling more than a thousand each day, collectively at all their branches. But as time goes by, the curiosity reduced and it was reduced to about 300-400 each day. Although I stayed in Klang valley for 10 years, I never ever thought of buying one to eat, although I have passed by the mobile stall many times in Cheras. I never heard rave reviews about the taste, but only the size.

And for MFF this time, I decided to make this, and since I never ate it before, I asked around my fellow readers and bloggers on Facebook for the taste. The feedback was, it taste like any other "big bao 大包" just that it's way way bigger. Nothing spectacular about it.

Ok then.. since that's the case, I'll just make a big big big bao with the usual seasoning for big bao, with pork, chicken, egg and jicama.. the usual stuff. 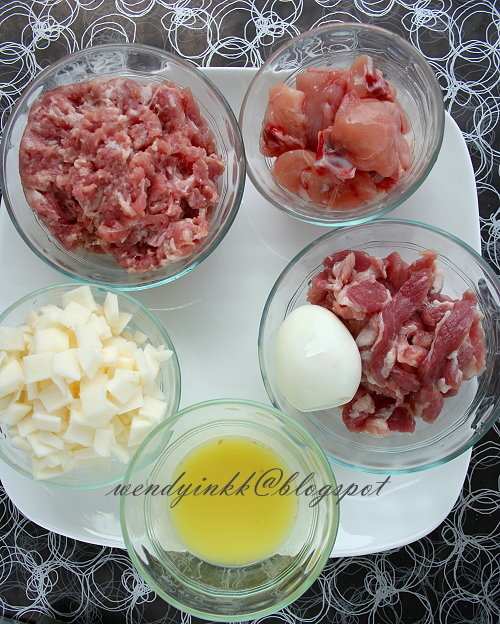 1. Prepare filling. Mix minced pork with salt, light soy sauce, sugar, pepper and oyster sauce. With chopsticks, stir the minced pork until it turn sticky and starts to feel sticky and pasty. Add in the rest of the ingredients (except the egg) and stir it vigorously for a while.
2. Prepare 2 bowls and line it with cling wrap. Divide the filling among the 2 bowls and fold down the cling wrap. Freeze them as you do the next step.
3. Mix water with yeast and pinch of sugar. Let it froth until it looks like a cup of beer.
4. Mix flour, baking powder and sugar together. Then pour in the frothed yeast and shortening. Knead it until a smooth dough forms. Divide dough into 2, pat into thick round disks and set it aside for 30 minutes. (covered)
5. Roll the dough into 10 inches wide circle. Put one portion of the filling onto the dough. Top with half an egg, all round side up. Fold up the sides, pinch seams to seal. Place on top of a 8 inch square paper (I used A4 paper). Place the formed buns into your steaming rack. (it's hard to move them around later) Set aside to proof for 45 minutes.
6. Fill the steaming base with water and bring to a boil. Place the proofed buns (in the racks)over and steam on high heat for 45 minutes or until they smell good. 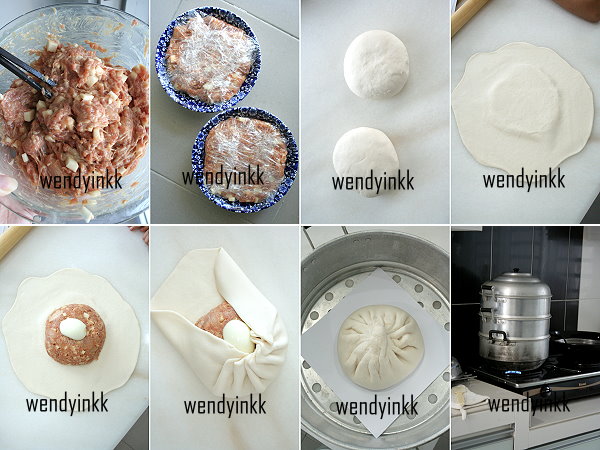