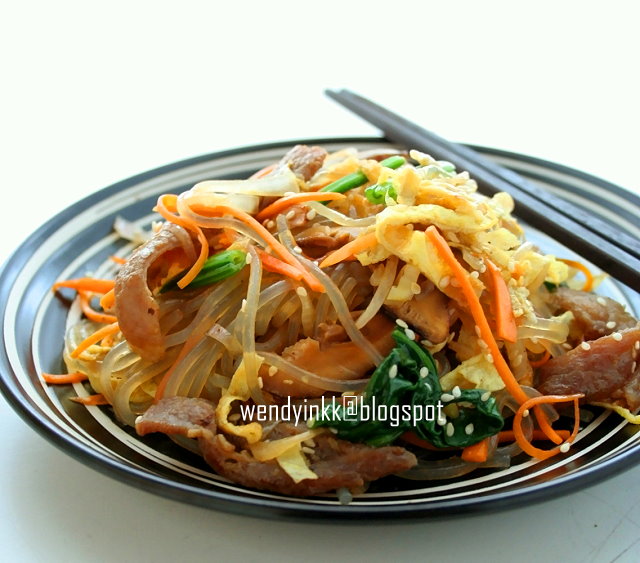 I have a tongue that is usually adventurous and accepts a wide range of cuisine. But there is one, that my tongue has yet been tamed for it. I tried a few dishes before and I find it a bit hard to accept. Maybe I tried them at the wrong places and asking for the wrong food. And kimchi is one of my problem too.

But when I saw these dried noodles at Jusco, that were thicker and had a darker colour than our usual glass noodles, I turned to the back and saw a recipe. It sounds delicious. 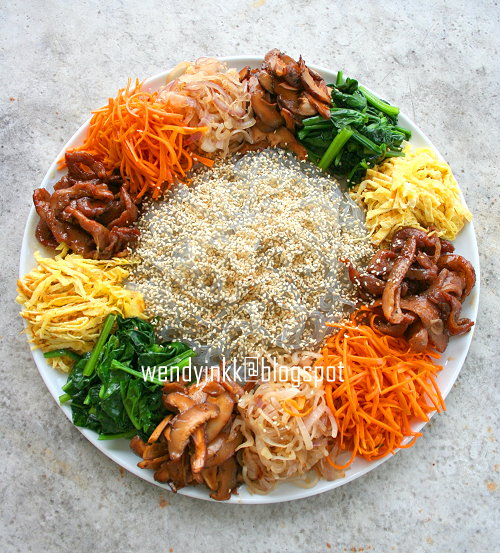 I refered to the recipe on the back of the noodle pack and cooked this. Presentation wise.... not quite the usual way. Hahaha. Do you recognise the resemblance??

I am happy that I tried cooking this. And it was yummy! 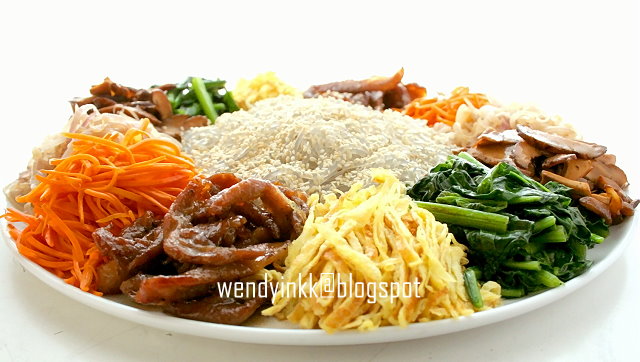 So different than what I had at a so called Korean restaurant in Ipoh that later on folded. I am not surprised they didn't last long as the food was really not good. Their japchae was all soggy and mine tasted better, hahahaha!

I used less sesame oil than in the recipe as I worried about the 'heatiness'.
Feel free to use all sesame oil to saute the ingredients. 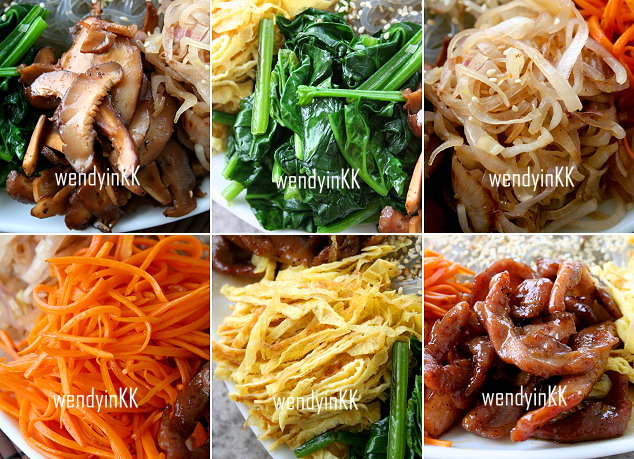 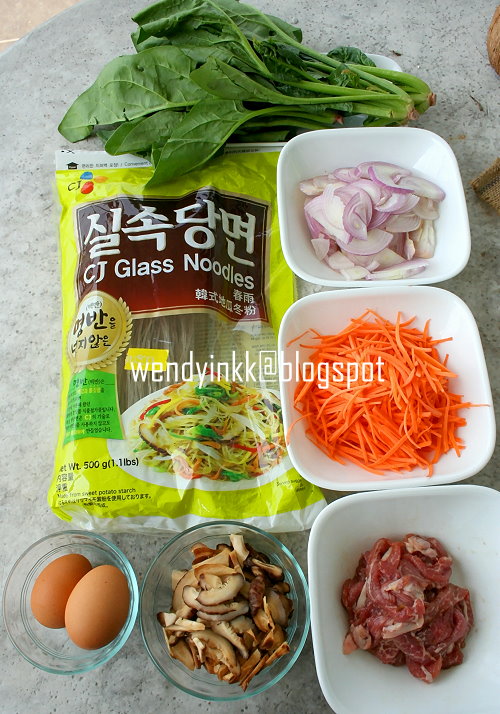 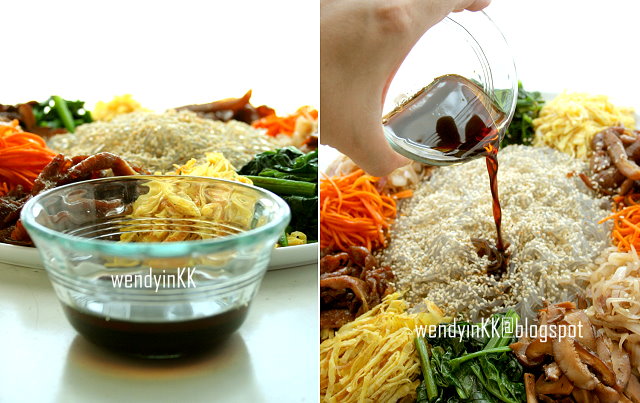 I am submitting this to Asian Food Fest Korean Month,
hosted by Sharon of Feats of Feasts.