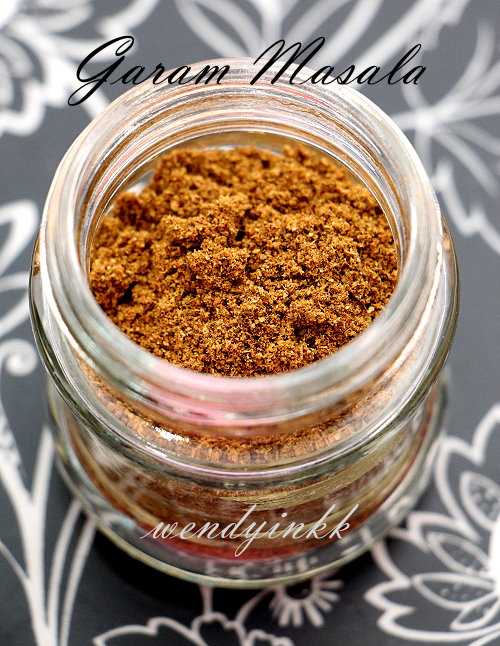 Garam masala is a blend of spices and there are no fixed rules to it.

Garam means salt in Malay Language, but for the Indian cuisine, it meant "hot" and masala meant "spice" in Hindi. The composition of the spice blend depends on the region and personal taste, every household will have their own special mix of spices, toasted and ground to a fine powder. 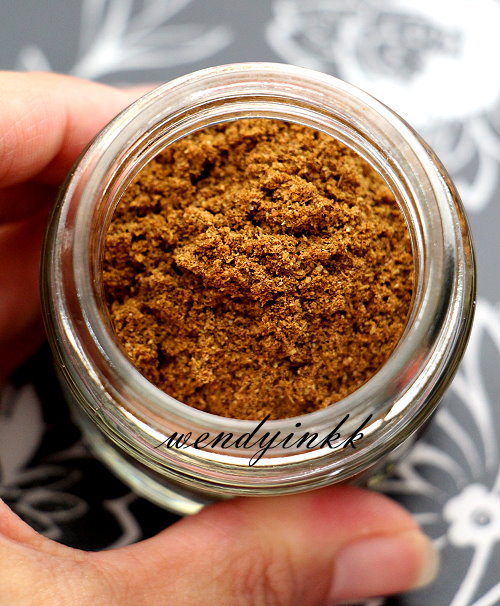 I thought of buying some off the shelf..but decided not to, as the list of spices listed in them sounded too little, hahaha! And the important mace is usually not present in the spice list of commercial bottled ones.

The spices I used today are partially complimentary of Shaury Spices located in Damansara Utama. 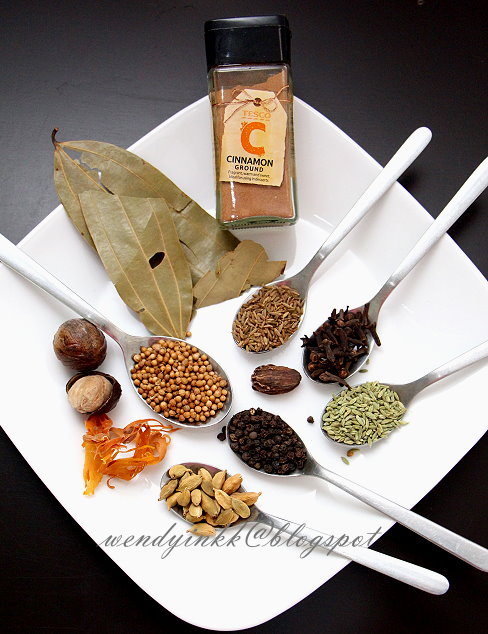 1. Toast spices in oven (except cinnamon) at 150C until the spices start to give out aroma.
2. Let it cool down. Mill them until fine. Mix with cinnamon.
3. Keep them air tight (I keep them in fridge after bottling) 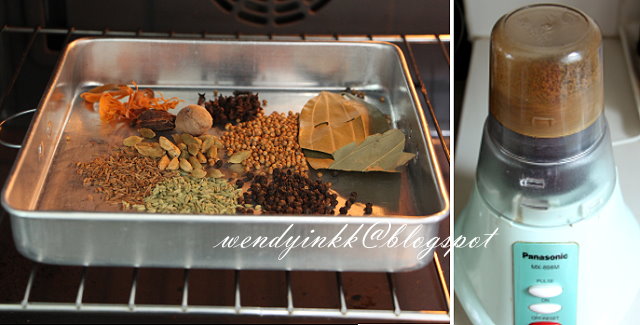 I am submitting this to Asian Food Fest Indian Subcontinent Month,
hosted by Alvin of Chef and Sommelier
Posted by WendyinKK at 11:00 AM