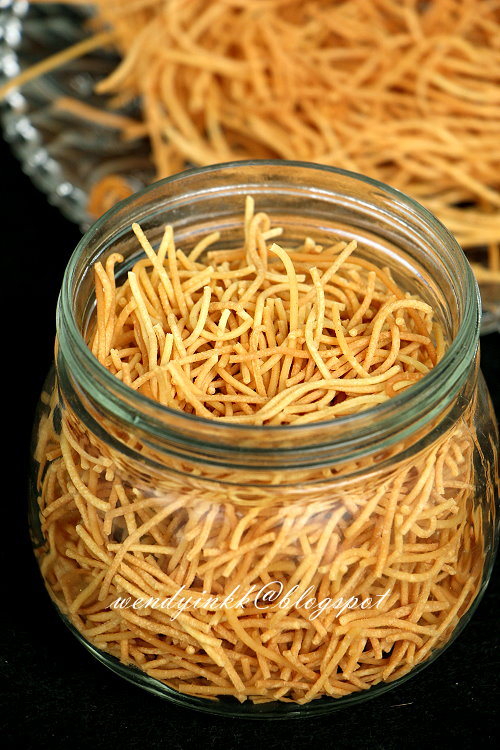 Mamee Monster noodle snack is a popular junk food in Malaysia. Most kids like it and not forgetting ex-kids like my hubby and I too.

This will be a better choice than factory made snacks. Made with protein rich chickpea flour and spices that aid digestion, it's a snack that you can consider making. Despite it being fried, my omapodi didn't feel oily. 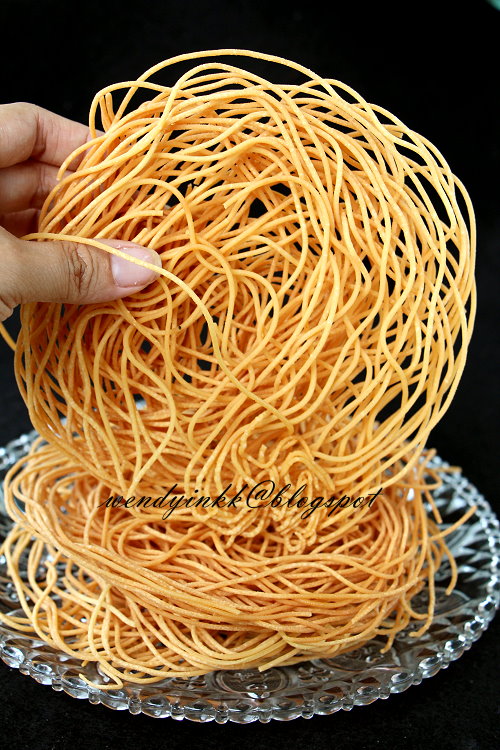 Here we are used to having this mixed with peanuts and fried green peas. But it can be made and served just as it is.

When I made this, I purposely bought a bottle of asafoetida. It wasn't expensive at RM1 a bottle, but it's the thought of how often will I use it. The main reason I didn't want to keep a bottle is because I read about it's infamous pong. It's supposed to be so strong and to some  it could be 'smelly' and it will contaminate other spices if it's not kept properly. On the good side, It's supposed to add onion garlicky flavours to dishes and it helps to enhance flavours. 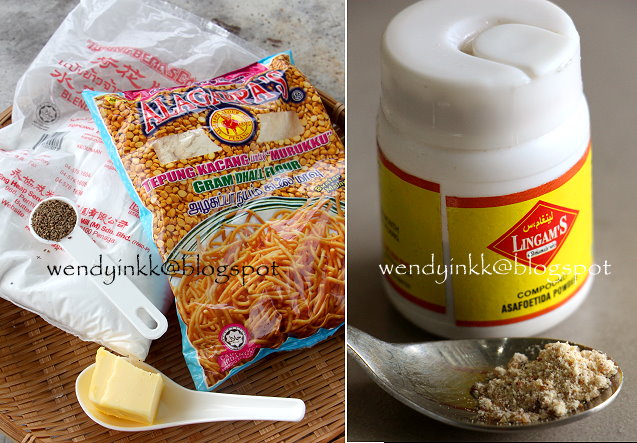 When I opened the bottle... Gosh. It smelled like sweaty shirts!!!

I bravely added some into my dough and my dough just reeked of it. Urghh!! I hope that after cooking it will taste wonderful. No it didn't! It stayed on.... Regret!! Regret!!

But wait.....the next day....
To my surprise, my omapodi has umami and I no longer smell sweaty shirts. It tasted better!!! So much better!!

1. Steep ajwain seeds in boiling water for 1 hour. (If asafoetida is coarse, add in now) Strain and put in salt, stir until dissolved.
2. Mix all the dry ingredients together.
3. Pour the ajwain infusion into the dry mixture, put in butter and knead to form a dough.
4. Heat a wok of oil on medium heat.
5. Put dough into murukku press, fitted with a small holed disc.
6. Extrude dough into hot oil, forming a 'disk' of strings.
7. Fry the 'disc' on both sides until it no longer bubbles and has turned golden.
8. To keep, break the disc and store the short omapodi in air tight containers.

I am submitting this to Asian Food Fest Indian Subcontinent Month,
hosted by Alvin of Chef and Sommelier
Posted by WendyinKK at 11:00 AM