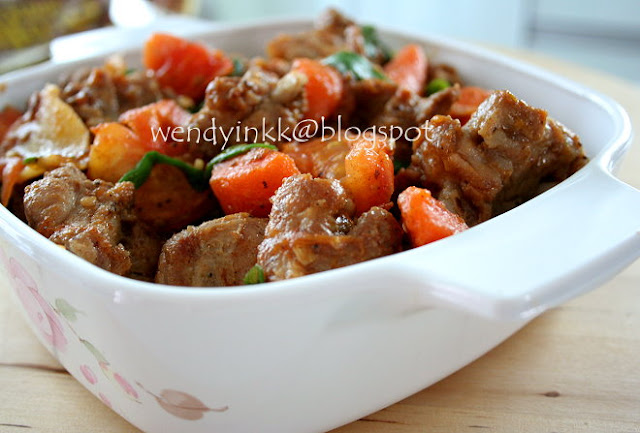 This recipe is a true keeper. Very delicious.

I tried to follow Peng's version as closely as possible, except for the tomatoes. I split the portions to two, one to cook until it melts and the other to be added in later so that it stays as chunks. I also made it drier than hers. The rest, I followed to the dot. I trust Peng. I love her recipes, and by going to her blog, it gives me inspiration for dinner. 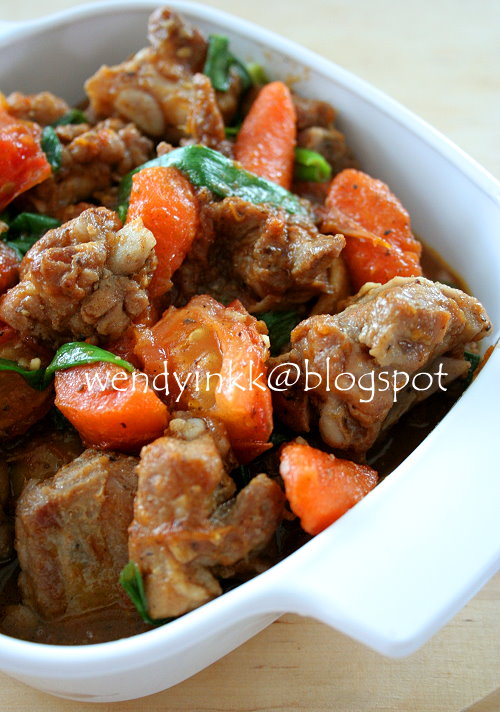 My pictures are not very sharp because I was lazy to bring it out to take pictures and hence, just on my breakfast table. 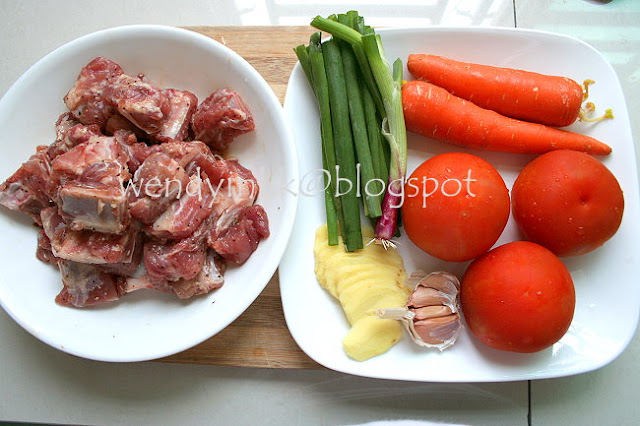 Method
1. Marinate pork ribs with salt, pepper, rice wine and light soya sauce for 30mins.
2. Heat 2 tbsp oil in pan, pan-fry pork ribs on both sides till golden brown. Remove and set aside.
3. With remaining oil in pan, add garlic & ginger and stir fry till fragrant.
4. Add carrots and half the tomatoes and fry for 2 mins.
5. Add spare ribs and mix evenly. Add water, salt and sugar. Bring to boil. Cover and simmer for 30mins or until pork ribs are tender. Put in balance of tomatoes and cook for 5 minutes.
6. Stir in spring onion and mix evenly. Remove from fire. 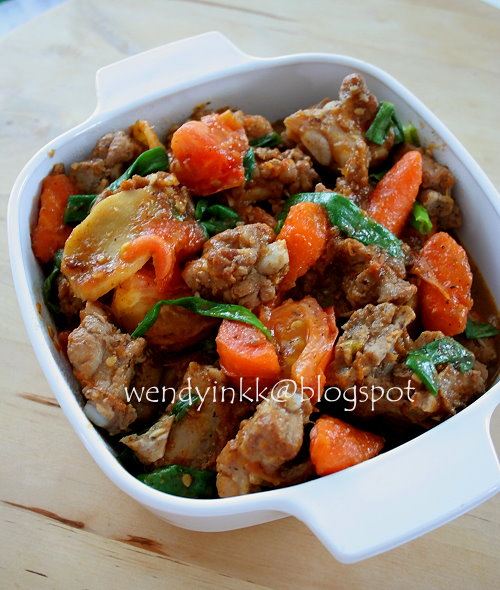