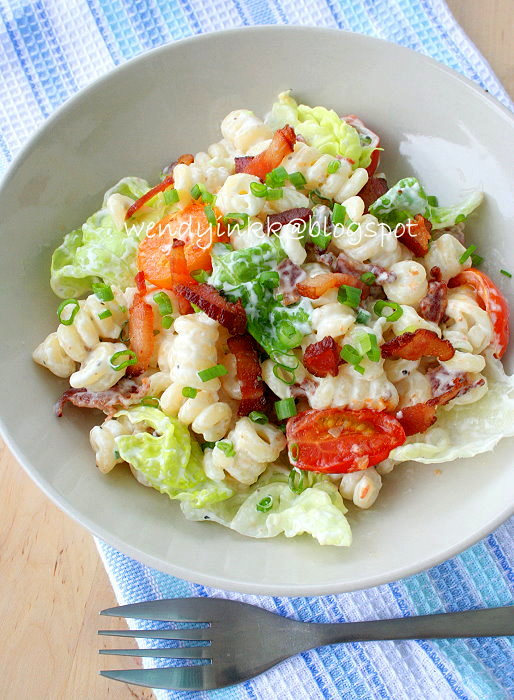 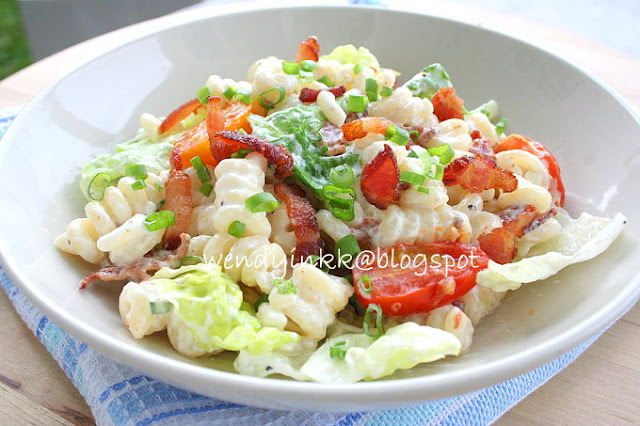 But this time, it came in the form of pasta. Say bye bye to the bread and hello to spirals.
Instead of using this as a side dish or a starter, I made this for dinner and we loved it. 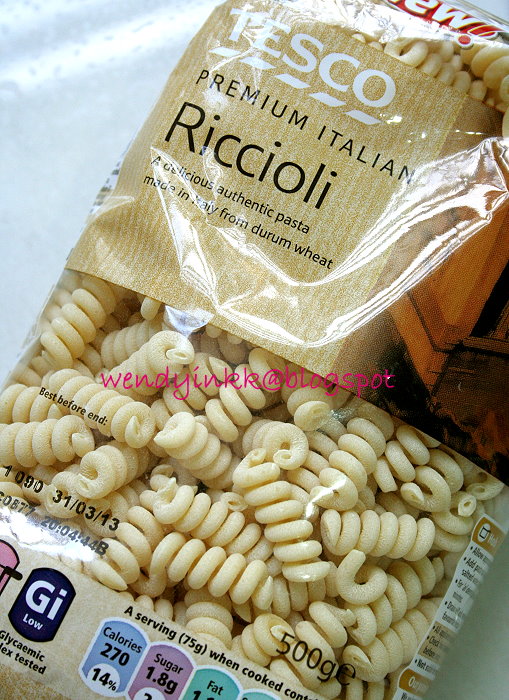 When I bought the pasta in Tesco, I had no idea what to do with it yet. I lt was spiral but yet hollow, like a twisted macaroni. And that night itself, while surfing on the internet, I came across this recipe and hahahah! Was the recipe God-sent or what? 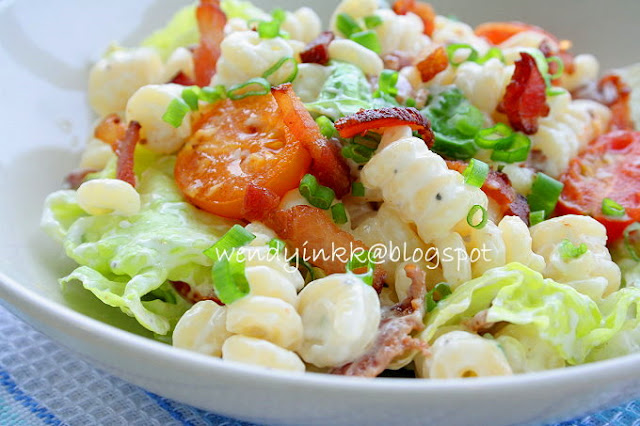 Recipe adapted with modifications from : Food Network
Serves : 3-4 depending on portion size.

250gm any spiral/corkscrew pastas (I used Tesco’s Riccioli, which was the exact shape in the source)
½ cup milk
200gm bacon (I used bacon chips), sliced small
200gm cherry tomatoes, halved
1 clove garlic, finely minced
1 head of cos lettuce or 5 heads of baby romaine, torn to small pieces (basically Romaine and cos lettuce is the same thing, but local supermarkets tend to label the large ones as cos lettuce and the small ones as romaine)
100gm mayonnaise
70gm natural set plain yogurt (I used Nestle Natural, Dutch Lady won’t taste as creamy here)
4 Tbsp chopped spring onions
Salt and black pepper

1. Cook the pasta as per instructions on packaging until al dente. Drain and mix with milk. Set aside. (toss it from time to time to distribute the milk)
2. Fry bacon in pan (no oil) until crispy and the bacon oil oozes out. Tilt pan and let the oil drain off the bacon. Dish up bacon. Set aside.
3. Pour away most of the oil in pan, leaving behind about 2-3 Tbsp of it. On medium heat, saute garlic until fragrant and and pour in the halved cherry tomatoes. Just spread in pan but don’t toss them. Let it cook until the garlic is golden. Tilt pan, push tomatoes to the higher side and let the oil collect at the lower side. Dish up tomatoes and as much garlic as you can. Set aside. (the tomatoes should not be mushy, but just cooked)
4. Prepare dressing. Mix mayonnaise, yogurt and 3 tbsp of the spring onions together. Season with 1/3 tsp salt and black pepper.
5. Just before serving, mix everything together and sprinkle the final 1 tbsp of spring onion as garnish. 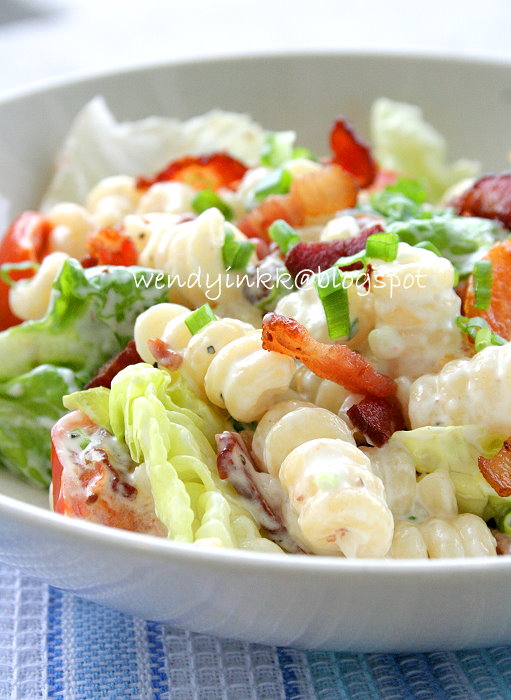