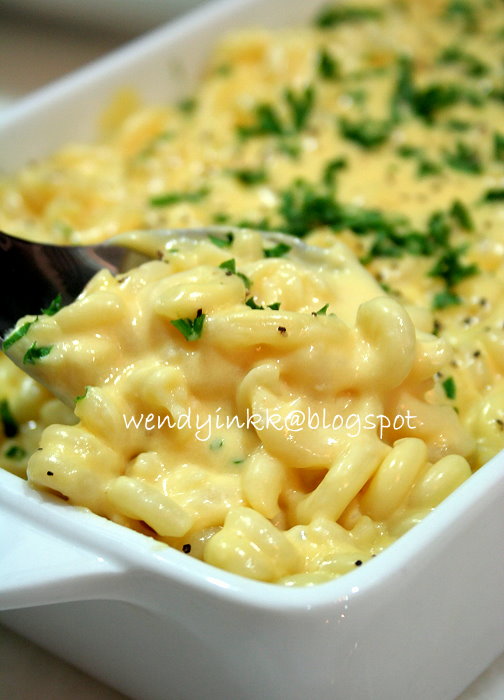 My first encounter with Mac and Cheese was at Kenny Rogers Roasters in 1994 at KotaRaya's branch. It was my favourite side dish. Sometimes I will just order Mac and Cheese and nothing else. Each time I go to KL by bus, I will surely dine there at least once just for this. It was only walking distance from Puduraya Bus Station.

My first time making this, was out of box. I saw instant ones at Cold Storage and immediately bought some to try. Taste exactly like Kenny Roger's. Delicious.

Then.. this time, it's my first time making it from scratch. I know I have to do a bechemel base and then, melt the cheese in. It's easy peasy. Although some recipes calls for it to be baked at the end, I chose not to. I want it to be just like how I first ate this.

Maybe I overdosed on the cheese..but I see other recipes using even more. Or maybe the boxed stuff really don't contain much cheese but flavourings. Something of which I am more accustomed with. So, feel free to use less cheese.. Or dump in some cheese powder that comes with ur McD fries :p

This version doesn't taste exactly like Kenny Roger's or the boxed ones. So I hope you do not compare this with those that are made with cheese flavouring. (Malaysians : Let's say, compare Cheezels with Cheese Rings, it's like this with KR's, that big difference in flavour) 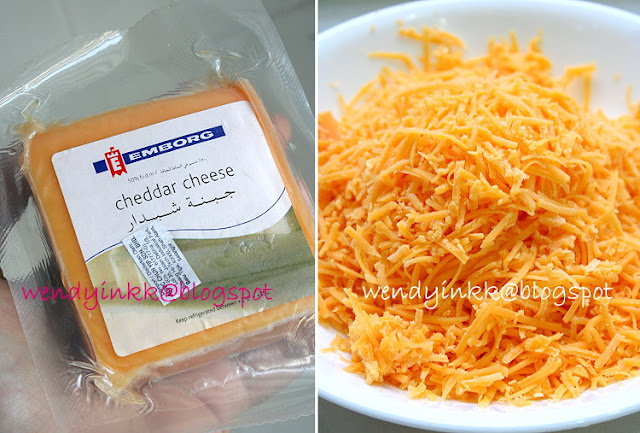 I happened to get this block of cheese at a really low price... it only has a few more days of shelf life which is why it was 80% off.  I don't mind that as long as I quickly use it up.
Warning to people with hypertension: Consume this moderately.
My mom has hypertension, although not serious, had sleepless night after eating this, yes this one that I made. She said, her head kept on thumping that ngiht. Scary. It's very high in sodium, the cheese's the culprit.
You see, even though my cheese is so orangey, but yet , the sauce looks so light. Imagine how much food colouring is used in the boxed ones... Ewwwwww.... 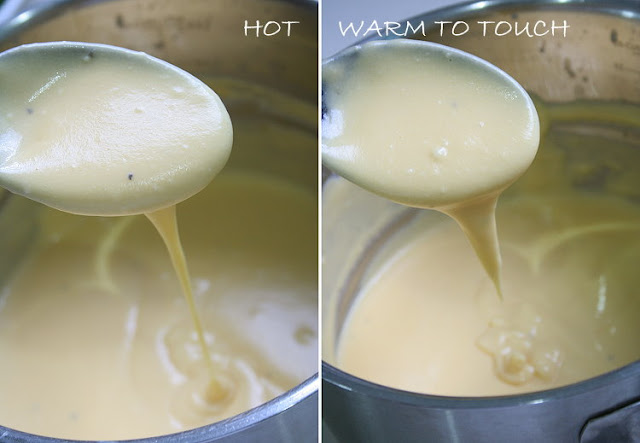 1. Heat a saucepan on medium low heat.
2. Put in butter and cook until it has melted. Be careful not to burn the butter.
3. Put in flour and cook for 10-15 seconds.
4. TURN OFF the fire and with a wire whisk in hand, stir in ¼ of the milk until a smooth paste is achieved. Add more milk gradually and whisk until a smooth mixture is achieved.
5. Return saucepan to the stove and cook on medium low heat and cook until the sauce boils. Stirring it gently all the time to prevent the base from burning. It will thicken to the texture of light cream soup.
6. Turn off the heat and put in grated cheese. Stir and the cheese will melt.
7. Taste and adjust level of saltiness and add in some pepper.
8. Cook macaroni as per instructions on packaging until al dente.
9. Drain macaroni (no need to be too thoroughly dry) and pour into cheese sauce. Put in few tablespoons of the ‘pasta’ cooking water if it turns too thick.
10. Stir to combine well and sprinkle some parsley flakes or additional pepper if preferred.
11. Serve macaroni and cheese immediately

*take note that the cheese sauce will thicken a lot when cooled down. After combining with the pasta, it seems slightly watery, but it will be fine once it cools down to room temp. 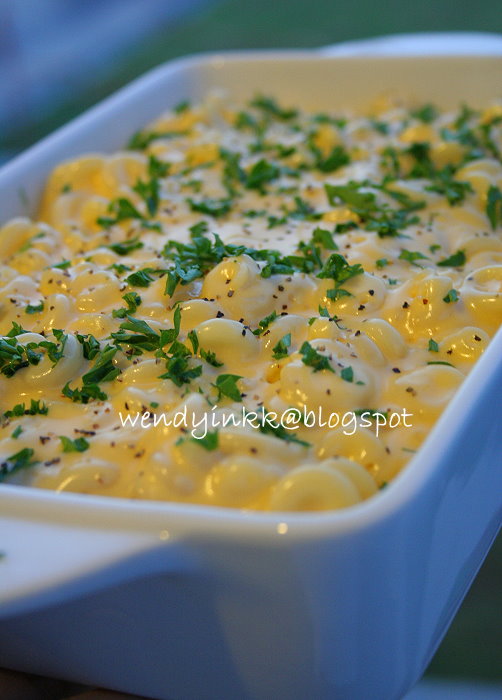