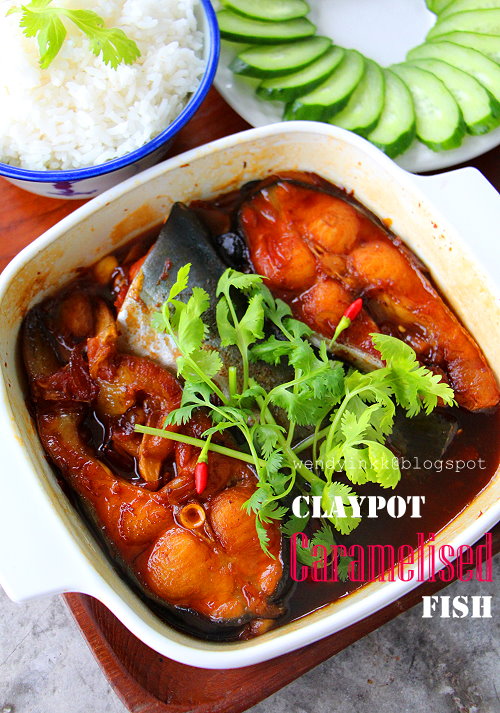 I got to know about this dish when I watched Masterchef US back in 2012. Christine Ha, a blind cook of Vietnamese descent served this homey dish to the judges and won their hearts. Sounded delicious!

And so, I tried to cook this myself. I found Christine's recipe here on Doctor's TV. The featured recipe wasn't the full version, and I changed it based on how she said she added coconut soda and some recipes call for birds eye chilli, but other than that, I just tried to follow her method and the recipe. 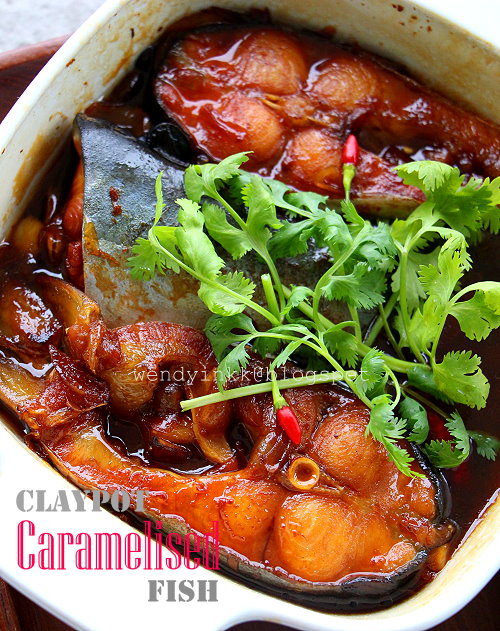 I didn't make the pickles like how Christine did, because I ran out of vinegar at the time, but I think it really does go great with pickles to balance the sweetness of the caramel sauce. So I just served my fish with sliced cucumbers.

The original Vietnamese version uses catfish, but I personally think other fishes can be used, as long as they can be braised. Catfish cooked this way surprisingly, isn't as fragile as it usually is, and yet, it doesn't taste dry like some sea fishes after braising. 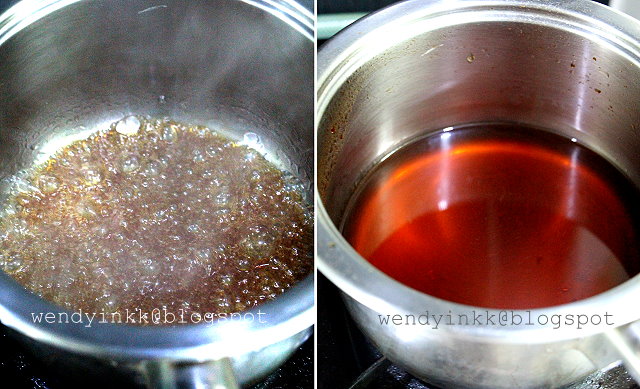 1. Make caramel sauce: Put sugar and water into a heavy based saucepan. Heat it on medium heat and let it cook until it starts to brown. Observe it carefully that it turns amber, not too dark or else it will be bitter. Add in coconut water and cook until the caramel is all melted in the coconut water.
2. Heat a pan, add in oil, put in shallots, garlic and ginger and cook until they turn slightly golden.
3. Put in catfish slices and lightly brown the fish's surface. Transfer everything to a claypot or a stovetop casserole pot.
4. Pour in caramel sauce and add in the chilli (if wanted). Bring to a boil, add in fish sauce and simmer on low heat for 30 minutes.
5. Serve it in the claypot. 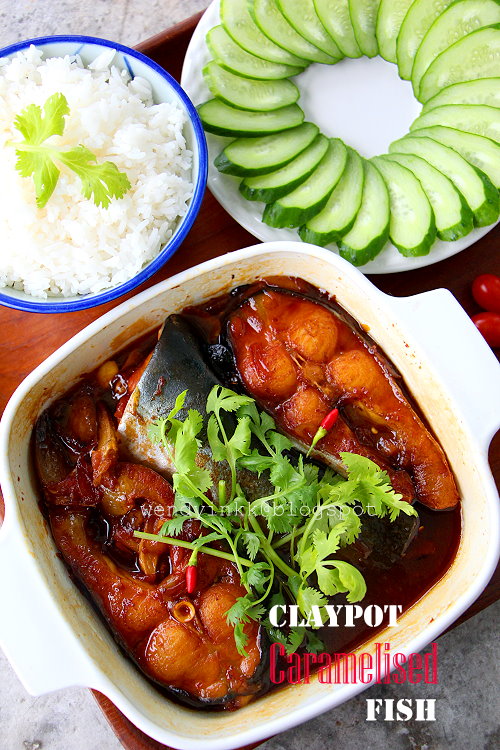