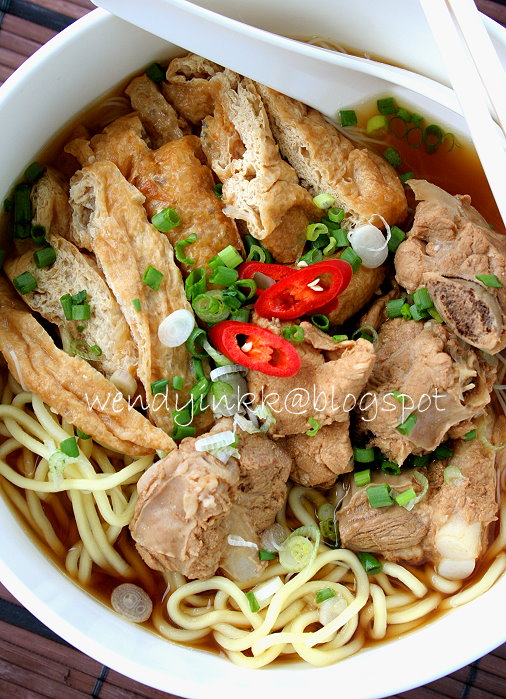 When I was a kid, there was this noodle stall next to my family's coffee stall, that was known as "Har Look". We were operating just next to the town field. The noodle stall was always busy busy busy and the couple would work until they were quarrelling all the time. Sometimes, when the day is less busy... then they will joke, "no quarrel, no money", hahaha! 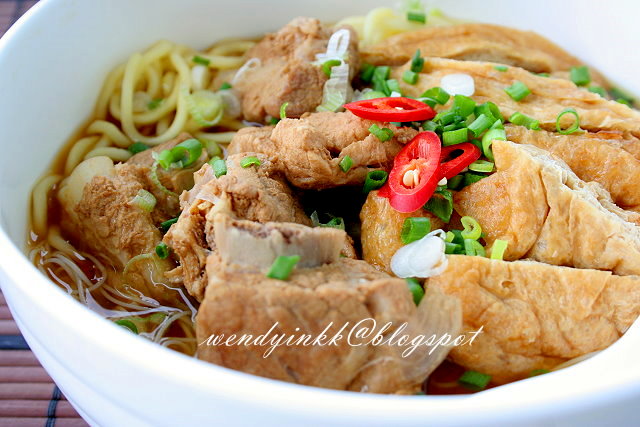 The lard laden noodles that they sell, have a wide range of toppings.. hence the quarrel between them because they had to keep up with the customers' demands for all sort of variations. There's curry chicken, braised pork intestines of all parts, stomach, pig ears, braised chicken feet, chicken, cha siew, wanton (fried or boiled) and maybe some other stuff that I don't remember.

The pork rib noodle this time, is inspired by Har Look, I miss eating his noodles after more than 20 years not having it. It's not a replica, as his braised rib gravy is far intense (the noodles only had a few spoons of the gravy in it), and the stock base is of chicken bones of which is boiled until it could qualify as a superior stock. But as long as it soothes the sudden craving, I am a happy woman.

I am not sure if he is still in business, as there has been many stories about him.
Gambling hurts many people. 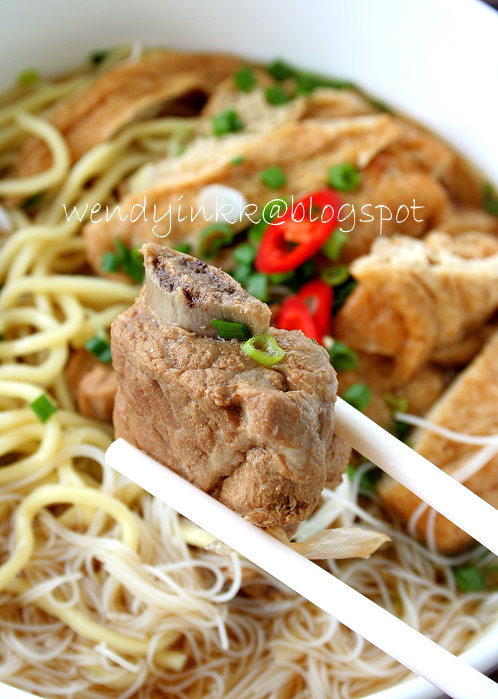 1. Bring 4 cups of water to boil. Put ribs in and turn off the heat. Let the ribs sit in the water for 30 seconds until it turns opaque. Drain off the liquid. (this step is to lessen the scum in the broth and to lessen the porky smell. Skip this step if you don’t mind the scum and smell)
2. Put 10 cups of water (2.5L) of water into pot, bring to boil.
3. While waiting for water to boil, prepare garlic clove, shallots, ginger and peppercorns. Put all these together with star anise into the water. When water has boiled, put in ribs. Cover with lid and let it simmer for 30 minutes.
4. After 30 minutes, season broth with wine and soy sauces. Cover and let it simmer for another 30 minutes.
5. Meanwhile, bring a pot of water to boil and put in tofu puffs and turn off the heat. Stir the tofu around. Drain tofu puffs and let them cool down. When tofu puffs have cooled down, squeeze them to remove excess water. This step helps remove excess oil from the tofupuffs.
6. After the broth has been boiling for another 30 minutes, turn heat to high and put in tofupuffs and taste the soup. Adjust saltiness with more salt or add more pepper if preferred. The broth should be very slightly oversalted.
7. Let the tofu puffs boil in the soup for 5 minutes or until softened. Fish out the tofupuffs and the broth is ready.

Ladle boiling broth over the noodles, and top with snipped tofu puffs and divide the pork ribs equally among the 4 portions. Sprinkle spring onion and chilli over. 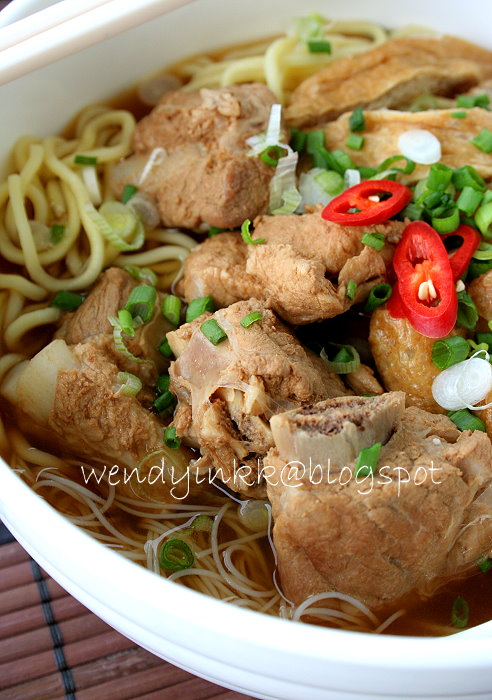 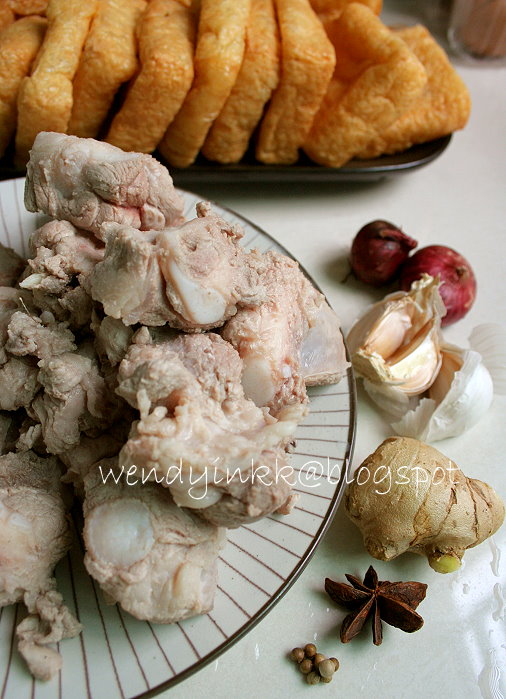 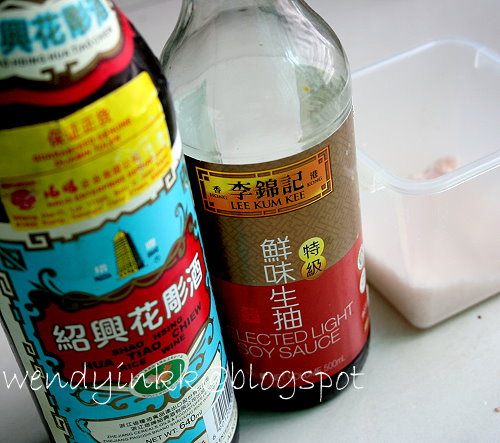