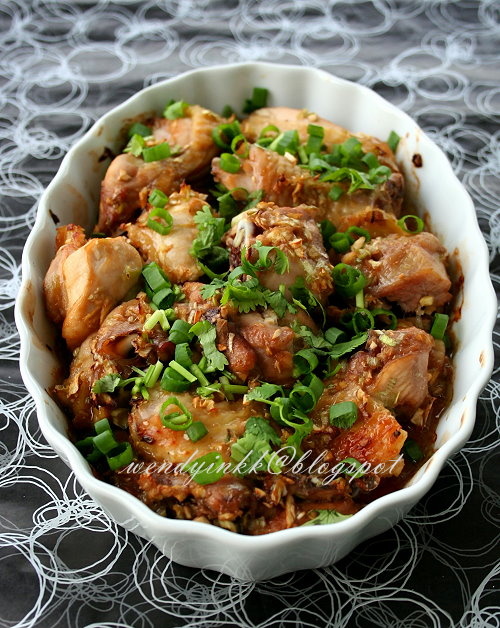 Sometimes I just feel soo lazy to wash up after cooking.

Initially I wanted to steam the chicken and then cook the sauce to pour over, but the lazy bug hit me the last minute and I dumped everything in and baked it instead. Reducing a lot of washing up. I used just one bowl for marinating and another dish for baking. But if you want, just use the same baking dish to marinate. Even lesser to wash, haha! 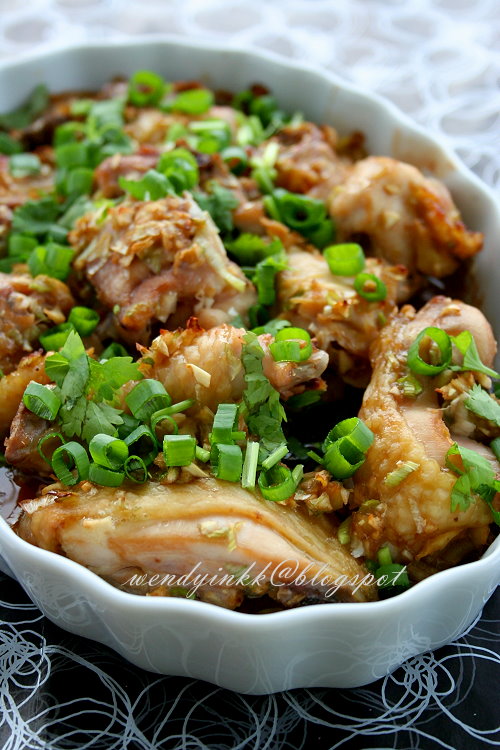 
1. Chop chicken into smaller pieces.
2. Mix with marinade. Rub and gently 'squeeze' the ingredients onto the chicken.
3. Arrange chicken in baking dish, single layer
3. Put into oven , temp 180(fan)/200C, then turn the power on and bake for 20-25 minutes, until the chicken pieces are cooked.
5. Sprinkle with green onions and coriander