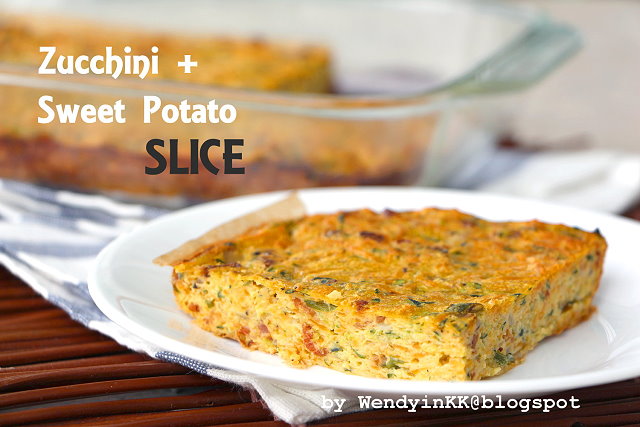 I bought one huge zucchini. As thick as my lower arm, weighing around 700gm. Lol, so big. But I took one of the smaller ones. There are some as thick as my biceps.

I saw this recipe, which is a bit like a frittata but using flour as the filler. Maybe something like a large savoury eggy clafoutis. 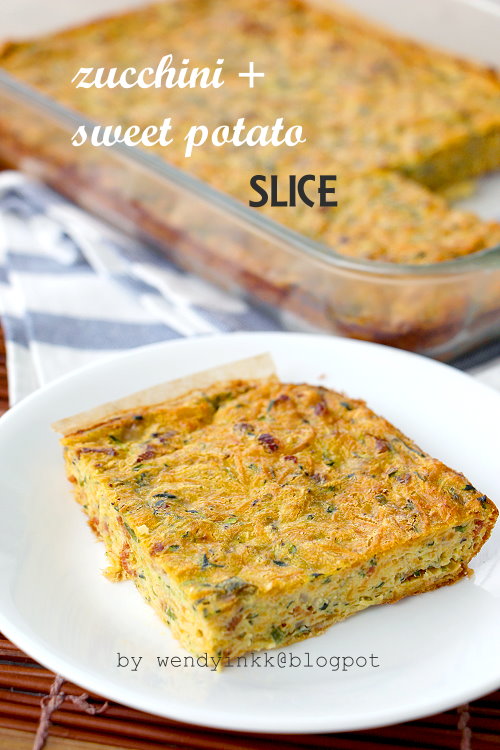 I lined the pan, according to the original recipe, but sadly, the paper got stuck to the food. I had to carefully peel it off before we ate it. The sides that I didn't line, didn't have sticking issues on the sides of the glass baking pan I used.

We had this for dinner, well received by the kids but as usual, the veggie hater won't touch it. 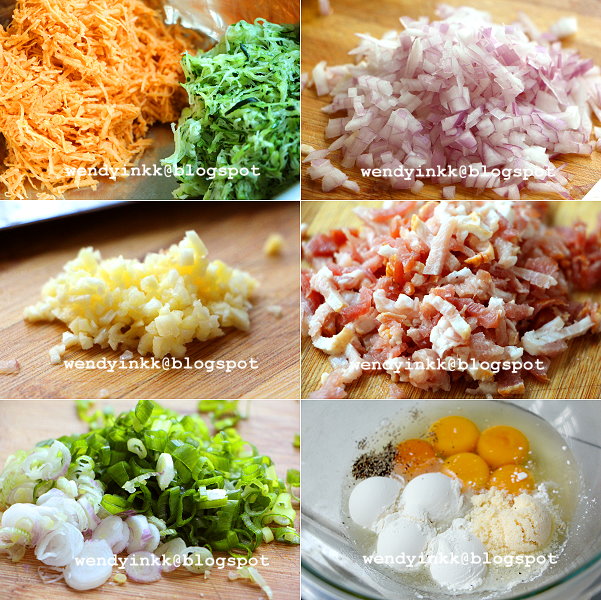 Recipe by WendyinKK
Idea from : Taste.com


1. Grate zucchini, avoiding the core. Mix in 1/2 tsp salt and mix it around. Juices will be released and squeeze zucchini dry. Discard the juices. The end result will be around 200-220gm.
2. Grate peeled sweet potato.
3. Preheat oven a 200C. Place a dark baking tray on the lower parts of the oven. (I put it at 1/5 of the oven's height) Generously butter  a 10X6 inch pan or 8X8 inch square pan.
4. Heat a pan/wok on medium heat and put in oil. Put in bacon strips and cook until it turns golden.
5. Put in garlic and onion and cook until the onion turns translucent.
6. Put in grated sweet potato and cook for about 2-3 minutes. Set this aside as you do the next step.
7. Combine eggs, flour, parmesan, salt and pepper together.
8. Put in spring onions, zucchini and cooked sweet potato.
9. Mix until combined.
10. Pour into prepared pan and bake for 30 minutes until the surface is golden.
11. Let it cool down for a while, slice and serve. 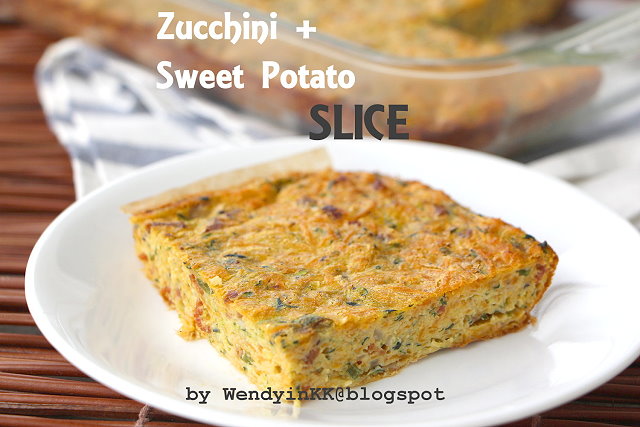 Here's the video, more like a slide show, because it's easier to see the step by step pictures on a larger screen