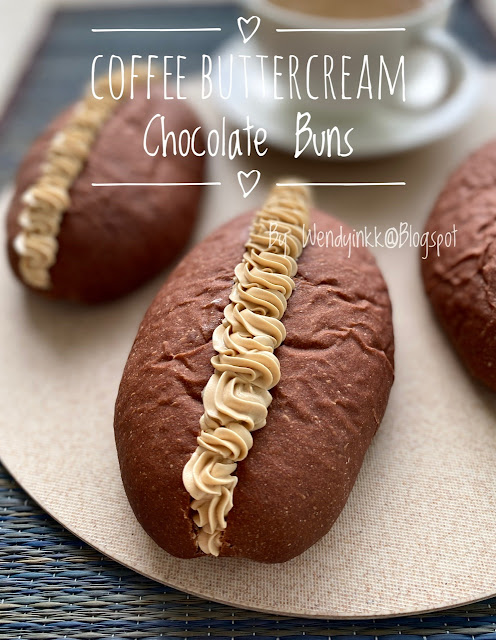 Inspiration came to make something chocolatey and laced with coffee for tea time, and my kids now are big enough to have some coffee, well... not all my kids though. The second one still refuses anything with coffee. 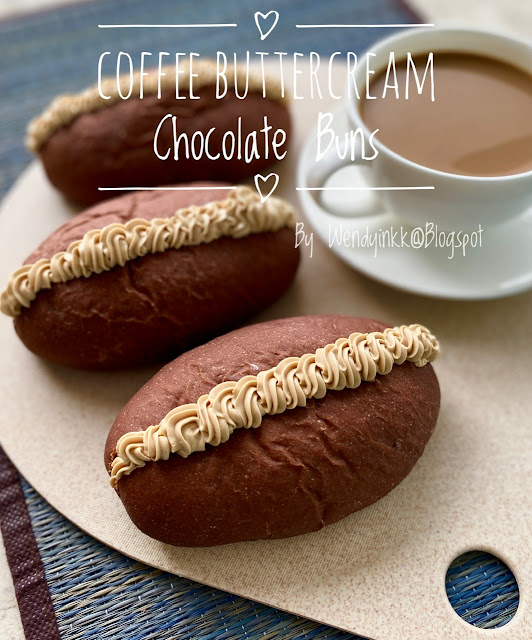 Dough recipe :
Please refer to my Chocolate Cream Cheese Buns
Divide dough into 10 portions, and shape into oblong pieces
Baking temperature and time is the same.
Let the buns cool down TOTALLY before filling with buttercream.

1. Prepare basic Swiss Meringue Buttercream
2. Melt instant coffee with boiling water.
3. Put the melted coffee into buttercream and beat until combined.
4. Taste the buttercream. If you think it’s too bitter, Add condensed milk. Add more if needed. But I feel the taste is better with some condensed milk. 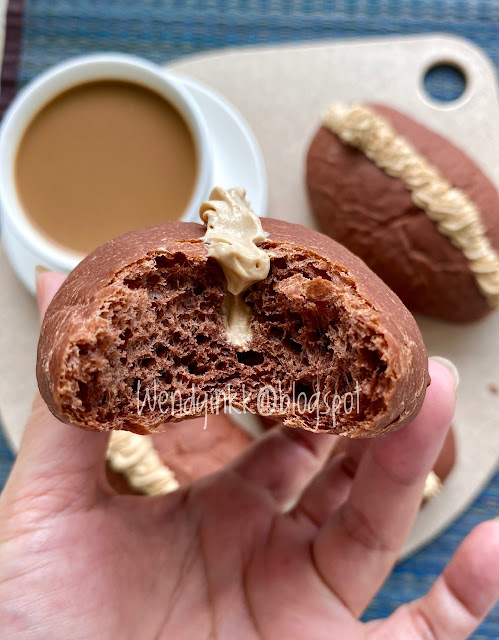