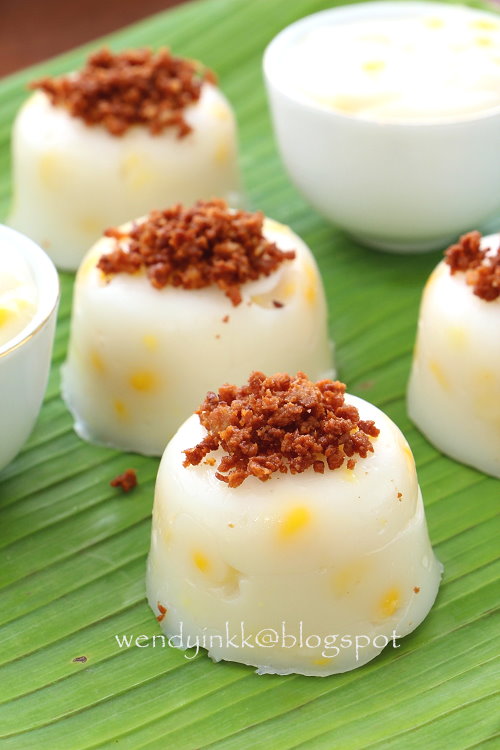 Maja Blanca is a popular merienda/meryenda (tea time snack) from Philippines. The taste isn't unfamiliar to us. And the topping Latik (fried coconut curds) gives it a wonderful touch, although looking deceivingly unimportant, but I do not recommend leaving it out as it imparts a beautiful flavour and textural contrast to the merienda. Latik is what we locally know as tahi minyak found on top of kuih kole kacang. 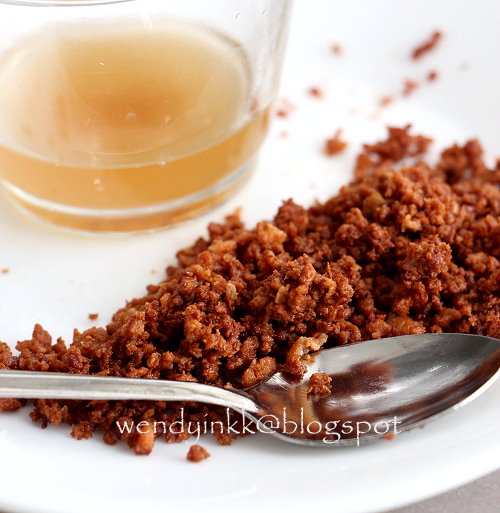 The process was quick and easy. No steaming involved. Just boil and pour! I made them and brought to the my workplace. My colleagues loved it. They said the sweetness was perfect (with 100gm sugar). But actually I do think it could go slightly lower. But not too low because it will not bring out the fragrance that well.

I chose to use Chinese tea cups for aesthetic purposes. You can set it in a tray. 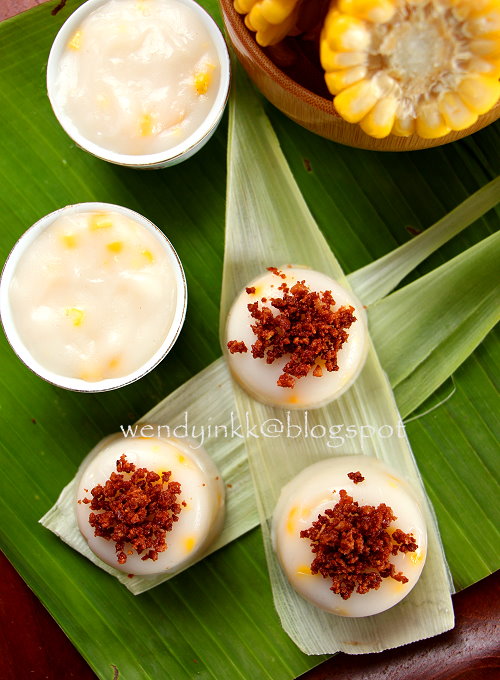 I decided to use fresh corn to make this as I do not want to buy a can of creamed corn, and not knowing what else to do with it. As for the latik, if the coconut milk isn't concentrated, the amount that you will get will be lesser.

Actually corn is a modern time addition. Traditional Maja Blanca doesn't contain any corn. And so, it's your choice to use it or not. 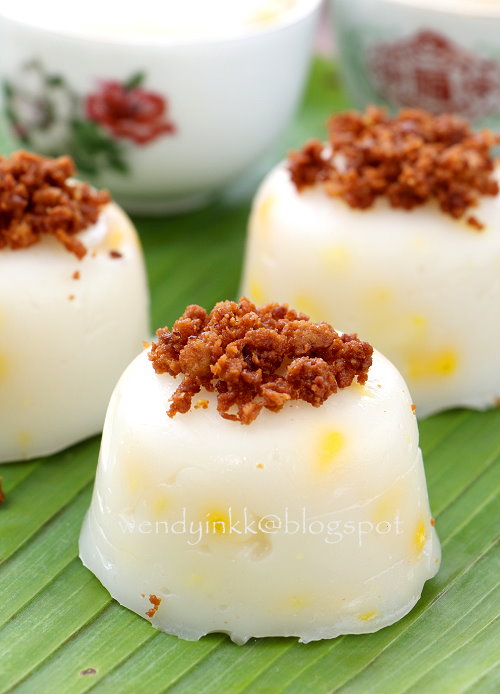 1. Prepare latik. Put coconut milk into a pan and heat it on medium heat, stirring it all the time. It will form curds and oil will be seen. Continue to stir and cook until the curds turn golden brown. (if the curds are too big, just chop them up later). Drain the crispy curds and save the coconut oil for cooking purposes.
2. Prepare 12 small chinese teacups or a 6 inch pan. Lightly brush your mould with the coconut oil.
3. Cut the corn off the cob, and use a spoon to scrape the remaining juicy bits off the cob.
4. Put the corn and water into a saucepan, and bring to a boil. Lower to a simmer, for around 3 minutes.Strain the liquid and leave it to turn warm. It should not be lesser than 150ml, if it's insufficient, top up with water.
5. Mix the corn 'infusion' with coconut milk, and add in cornstarch and sugar. Stir until smooth.
6. Cook the mixture on medium heat, stirring it gently all the while, until the mixture boils. Taste it to check whether there is any floury taste. If there isn't, then it's cooked. Add in the cooked corn and stir.
7. Immediately divide the cooked starch mixture into your teacups or pour into the prepared pan. Work swiftly as it sets rather quickly. Level the mixture and let it cool down at room temperature. (or if you need to be quick, let it sit in icy water)
8. Unmould the Maja Blanca from the teacups with 'a gently pry and shake' or if you are using a pan, just cut into preferred sizes and top each piece with some latik.


*Maja Blanca can be served chilled or at room temperature. 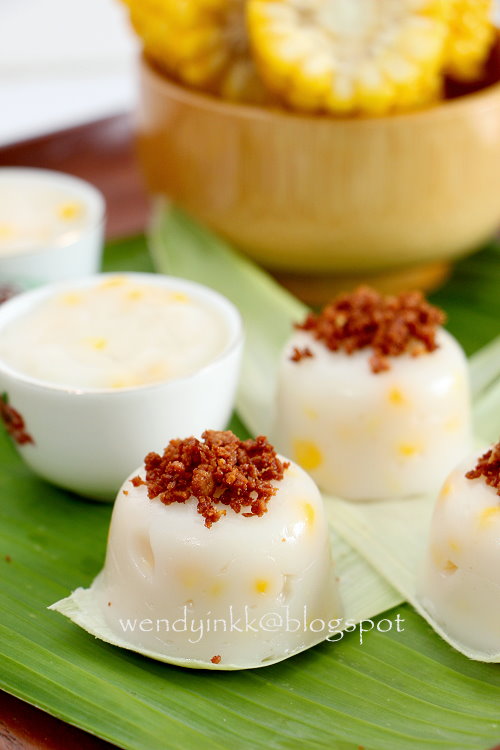