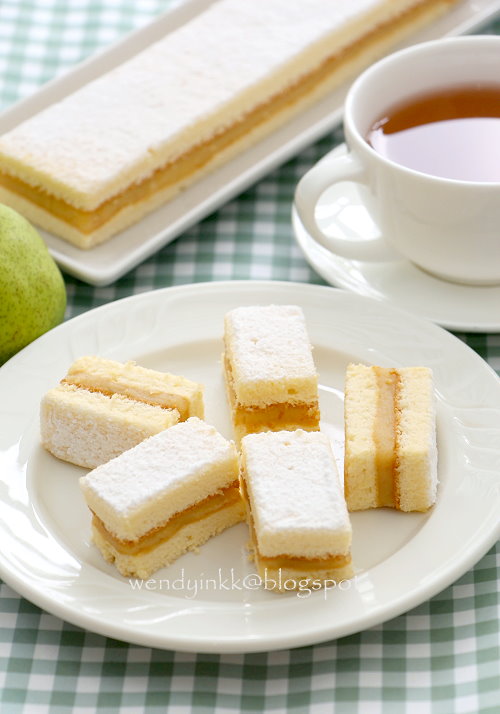 Inipit is a specialty from the region of Bulacan of Philippines.,created by Eurobake bakery.
It's like a sandwich, made with chiffon cake layers and filled with a potato custard.

When I saw the video on how it's being sandwiched.. it seems that the cake is very thin. And the custard mixture was kind of brownish orangey... something like as if it's made with sweet potatoes or has hints of caramel. Oh well, I just followed some online recipes and made it. It may not look the same as the one from Eurobake, and I couldn't get a taste of the real thing, so I can't comment much about how close it is. 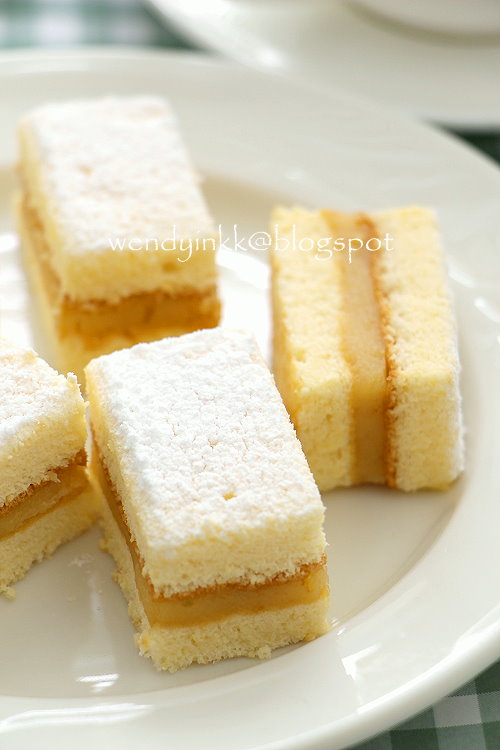 I have adjusted the cake recipe to fit my trays sized 12X16. If you were to use 2 pcs 10X10inch trays, you can scale the recipe down to a 6 egg recipe. And don't forget to scale down the filling's recipe to 2/3 of the amount as well. I also reduced the sugar to almost half of the original amount and frankly... it may still be on the sweet side for the local tastebud.

My dear potato loving girl detected the potato in the filling with just one bite, hahaha. Maybe you can try this and make your 'customers' guess what's in the filling. To me, it's something like the lotus seed filling in mooncakes, so, you can try to imagine before you make this. 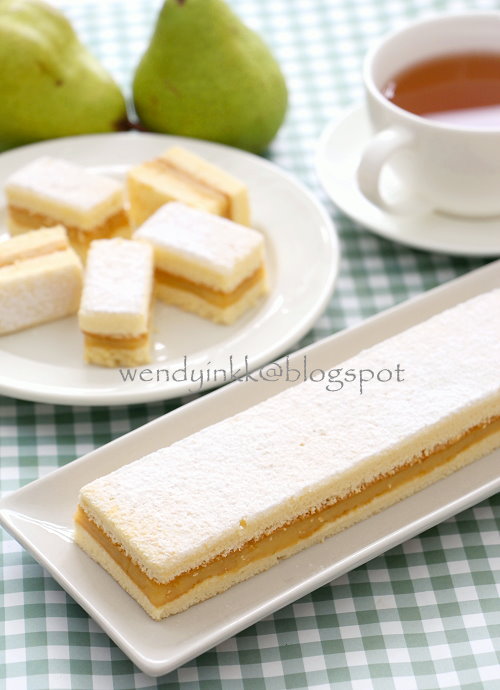 Prepare filling.
1. Cut potato into chunks and boil until soft. Mash it together with butter.
2. In a bowl, beat egg yolks and sugar together until creamy. Boil both milks together and gently pour into the yolks, stirring all the while as you pour.
3. Return the yolk mixture to a non stick pan, pour in the mashed potatoes and lime zest.
4. Cook until the potato filling on medium heat until it takes on a translucent look (it looks opaque at first), it won't take longer than 5 minutes.
5. Let the filling cool down and it will thicken further. (cover it)

*I actually split the preparation as I don't want to risk preparing and baking two trays together.

Assembly.
1. Spread all the filling onto one cake layer, right on the crust.
2. Top with the other layer of cake, crust side down. Gently press it to adhere.
3. Peel the top paper away and place it back on.
4. With hands holding on to both sheets of paper, flip the cake and peel the other paper away.
5. Sift some icing sugar over and slice the cake to your preference.

Keep cake chilled if not consuming within the next few hours. 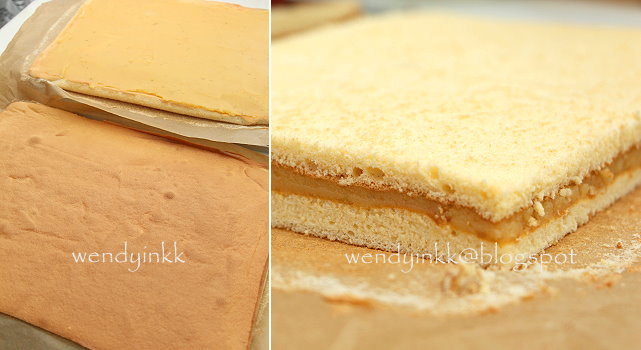 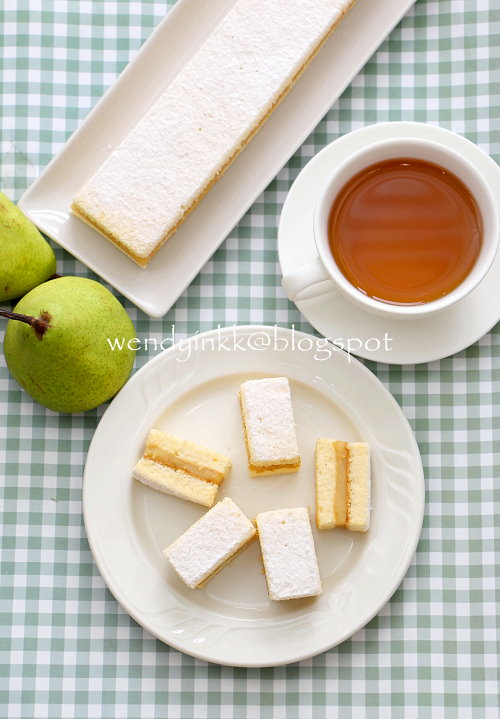