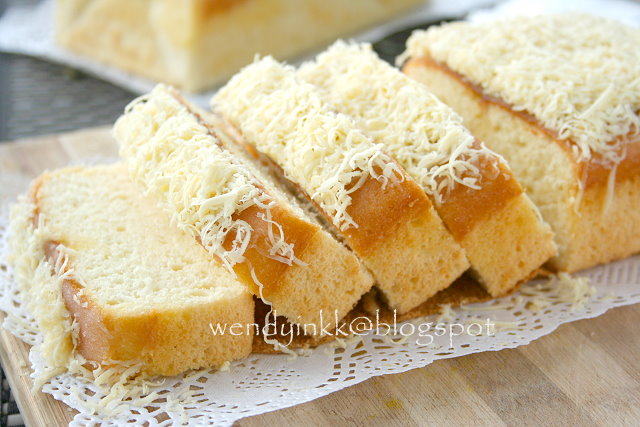 Taisan is a chiffon loaf, that is sugary and buttery, originating from Pampanga. It can be easily found at bakery chains like Goldilocks and Red Ribbon in Philippines.

I tried baking it with a recipe that was said to come from Goldilocks. The cake was moist and soft, salty and sugary at the same time. A delight to eat. But yet, I do not know how close it is to the original Goldilocks version. To compare a Goldilocks recipe, I think I need to eat one loaf made by Goldilocks to know.

And then my wish came true.... 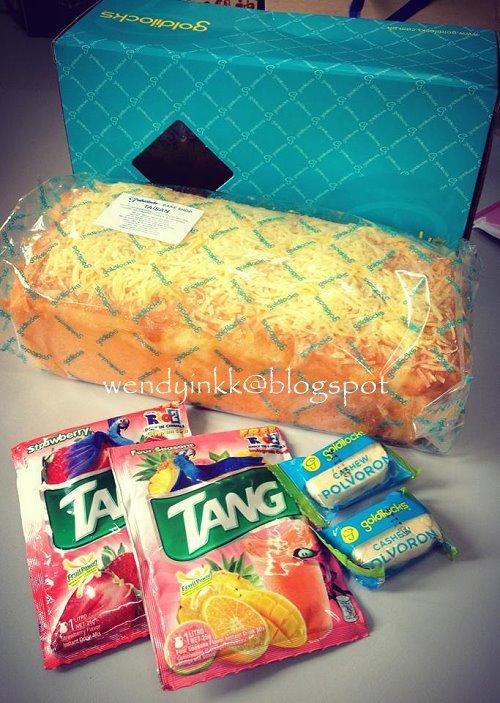 My student's mom went to Philippines and gave me a loaf as a gift. After slicing the cake, I tasted it and it was actually quite far off from the one I made. It was nice though, but it just felt different. The store bought loaf was drier and the texture was of plain flour, not cake flour. And I suspected that the liquid used is not milk or evaporated milk but water. I checked the ingredients label, and true enough, not one word of milk is on it, and surprise surprise.... Shortening is used, not oil or butter in the cake. They just brushed some butter on top of it, that explains why the cake is so 'tall'. It actually taste like a well structured 'spongy' cake with a cheesy top. 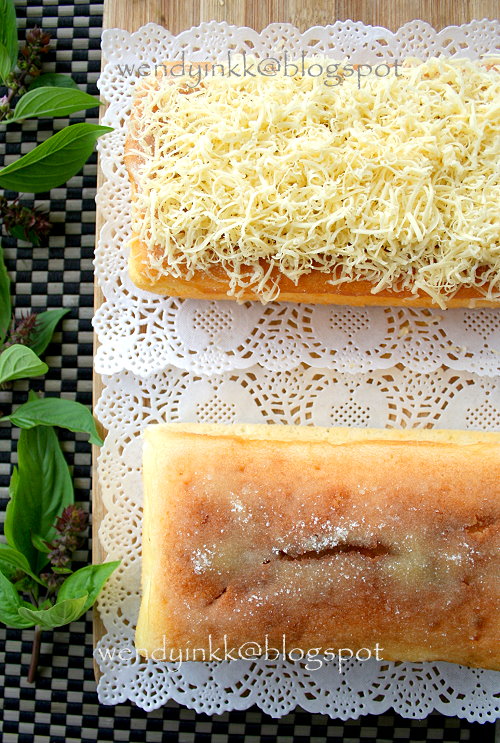 But despite the differences between the released recipe and the in store product, I will say, the recipe tasted better. It was softer, more tender and if you choose to use all butter, it will be more buttery like how I read it to be.

I'm still hoping for that one day, that I will get to taste the the version of Taisan from Pampanga that sounded oh so delicious.

1. Preheat oven at 170C. Line 2 loaf tins (1L capacity) with non stick baking paper.
2. Sift flour with baking powder
3. Combine the rest of the ingredients for yolk mixture and mix until smooth. Add in sifted flour and mix until smooth. Set it aside.
4. Beat egg whites, sugar and cream of tartar on low speed for 1 minute, then increase the speed to high and beat until medium stiff.
5. Fold 1/3 of the egg whites into the yolk batter. The pour the yolk batter into the egg whites and scrape the yolk batter bowl clean. Fold the batter until no lumps of egg whites are seen.
6. Pour the batter into the prepared pans and bake for 40-45 minutes or until done.
7. When the cake is done, brush the top generously with melted butter, sprinkle with sugar and grated cheese 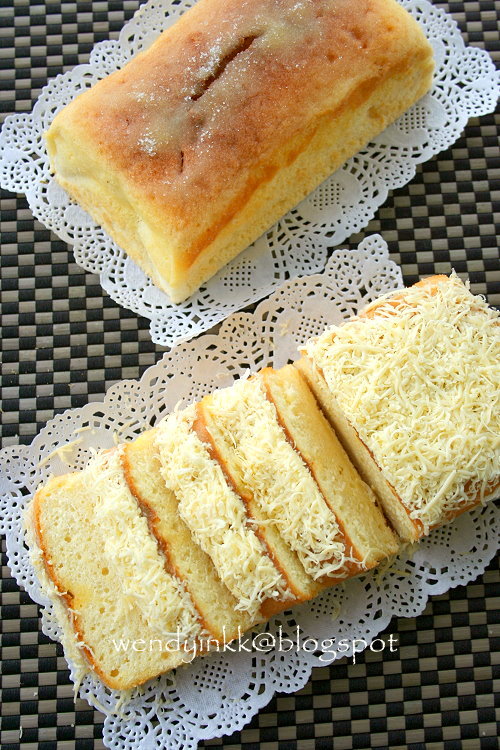 I am submitting this to Asian Food Fest Philippines Month,
hosted by Swee San of The Sweet Spot
Posted by WendyinKK at 11:00 AM