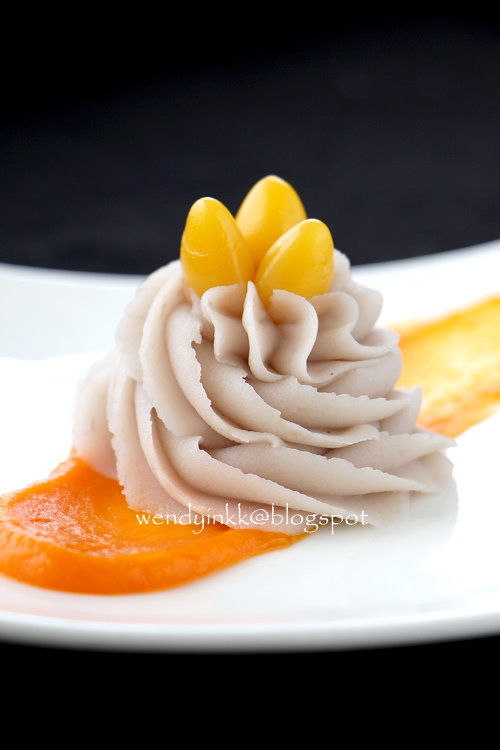 I had Orh Nee once.... brought home by my brother, a gift from this customer, saying it's available only through ordering, and he purposely got one for my brother to taste.

I expected something sweet and fragrant, but it was oily, bland, lightly salty and reeked of lard. I don't know if it was a 'no sugar' version or what, but it wasn't a pleasant experience and my mom decided to get it out from the house when everybody spat out the only spoonful we put into our mouths.

I can't believe my first experience had to be that way. 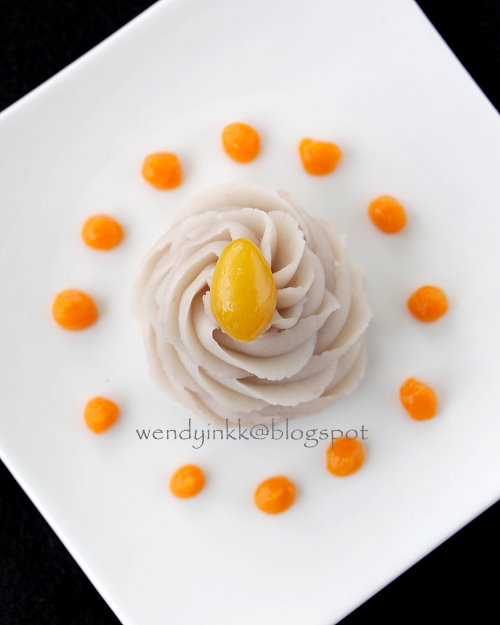 Orh Nee is popular in Singapore, Teochew in origin. Traditionally made with lard and shallot oil. And there is a locally innovated version that uses coconut milk.
Now, that makes it sound so much better. Can't blame my Malaysian tastebuds, hahaha. I love coconut. I read up a few recipes and went with the general idea of how it's made.

And I made it, and took a first taste of it...... I love it.
So did my husband. It's like eating taro ice cream at room temperature.
Smooth, fragrant with the right amount of sweetness.

I see some recipes not using ginkgo, some not using pumpkin..... it's like, either taro+pumpkin or taro+ginkgo, the proper way should have all 3, but it's all up to you. Personally I don't like ginkgo nuts, I just put them in because it's supposed to have it. It's really cheap now, compared to years ago, I got mine for 40sen/100gm. The amount I used in this recipe cost me 10sen. 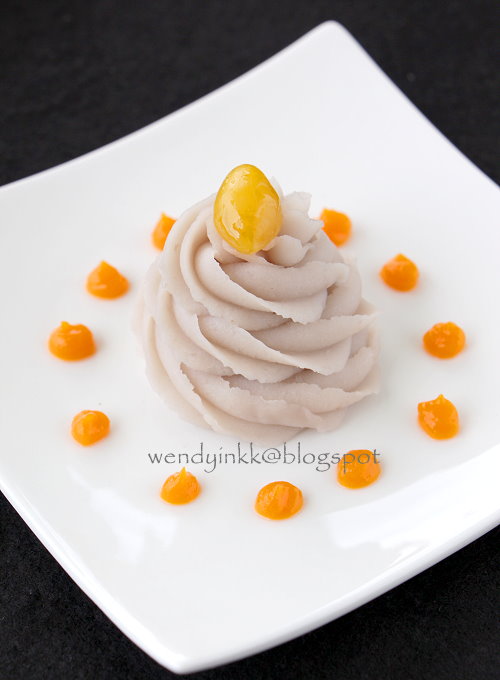 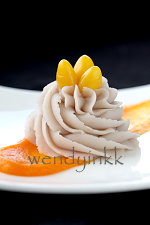 1. Remove shells from ginkgo nuts with a hammer or pestle, moisten the nuts and remove the membrane. Put the peeled nuts in a saucepan and put in 1 cup of water. Bring to a boil and simmer for 15 minutes (covered), until it turns translucent. Add in 2 Tbsp sugar and let it simmer for another 5 minutes. Turn off the heat and let it cool down, still sitting in the syrup. (If you can, let it sit overnight)
2. Prepare a wok/pot to steam. Place pumpkin(still skin on) and taro on a heatproof dish (stainless steel or ceramic), one on each side, don't mix up. Steam on high heat for around 15 to 20 minutes, until the taro and pumpkin turn soft, and can be poked through with a chopstick.
3. Place cooked taro, coconut milk and around 2 Tbsp sugar, plus syrup from the ginkgo nuts and salt into a food processor (or, you can just use the mixer or immersion blender) and mash up the taro finely.
4. Pour and scrape all all the puree into a non stick pan. Cook on medium low heat until it starts to come off from the sides (that means, the coconut milk is turning to oil). You can stop cooking now, if you prefer it to be softer, but I prefer it at a stickier texture like the old version, and so I cooked it until it starts to gather around my spatula. Turn the heat off.
5. Mash pumpkin flesh with sugar to taste.
6. Serve taro paste with some pumpkin puree and ginkgo nuts. 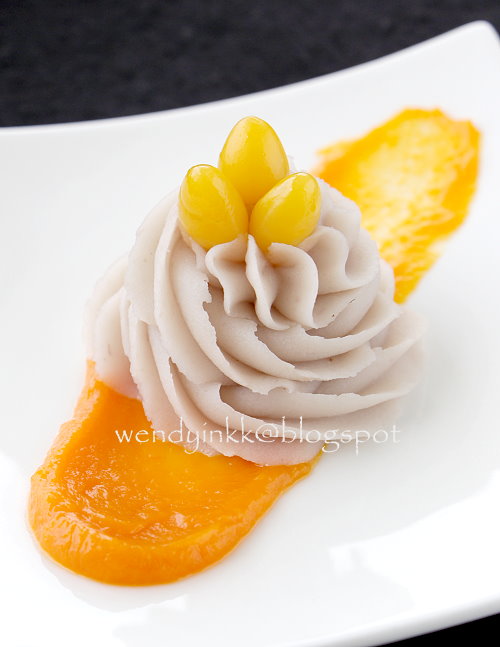 I am submitting this to Asian Food Fest Singapore Month,
hosted by Grace of Life can be Simple