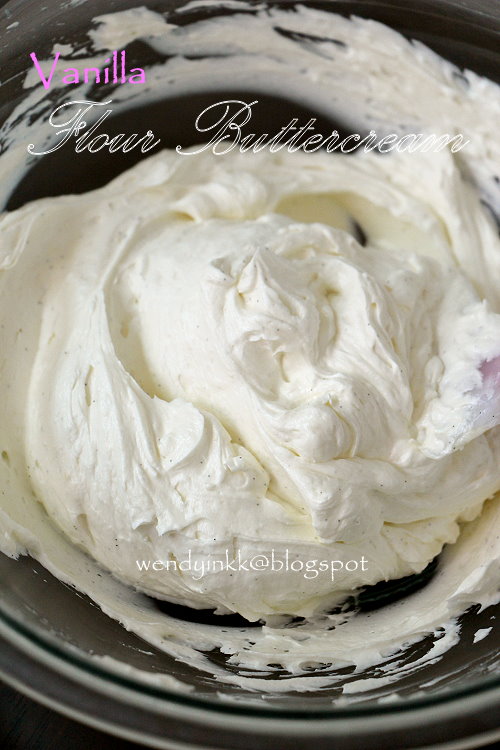 I wanted to do a vanilla buttercream that has vanilla seeds infused in it.

I remember many years ago, while reading up on buttercreams, there is one type that is cooked and goes without eggs. Some calls it whipped buttercream, some call it flour buttercream. I think flour buttercream will make one 'differentiate' it immediately. It is actually called Ermine Icing or Frosting. 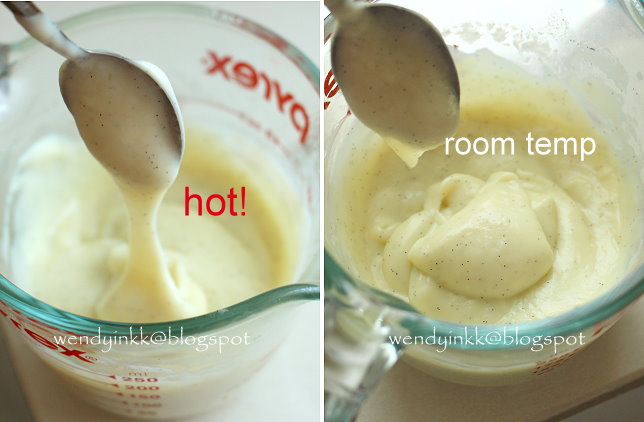 I'm very happy with this flour buttercream, as it tasted yummy and I was able to frost my cake well. It's the smoothest attempt ever, so far.

This buttercream isn't that stable for it to withstand heat. Room temp, it's ok, but not for too long as it will soften, like whipping cream. It's not as stable compared to meringue buttercreams if you want to pipe fancy decorations. Cupcake swirls or rosettes is still ok, but make sure you chill it properly before you pipe. 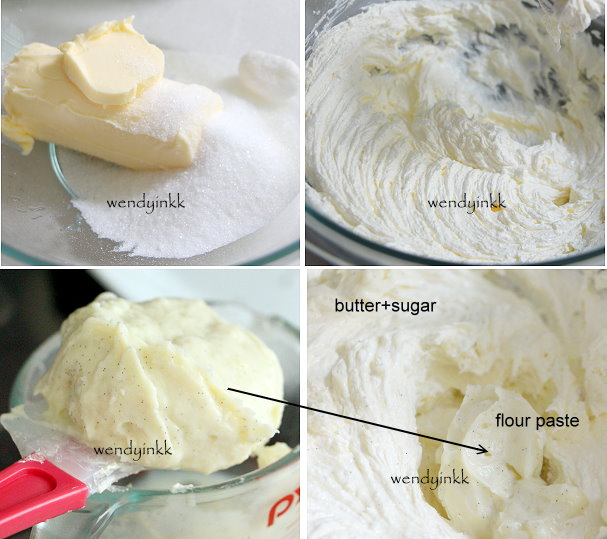 I find it good for spreading and filling cakes, and taste wise, light as not as sweet as meringue buttercreams.

If you prefer other flavours, it's easier to incorporate, as you can just cook the flour paste in the flavouring liquid, and take note that you might need adjustments.

Cook flour paste.
1. Mix flour with part of the milk until smooth. Mix in the rest of the milk and scraped vanilla seeds.
2. Cook the mixture on medium low heat* until it turns thick and cooked, like a really thick cream soup (visual consistency almost like ketchup)
3. Let the paste cool down, stirring it every now and then to prevent caking up until room temp.
4. Cover the surface of the paste with cling film, and chill until cold.

*I just mixed everything in a glass pyrex cup and zapped it in the microwave until it turns thick and cooked, going at 1 min, then 30 secs  intervals and slowing down to 20 secs when it starts to thicken considerably.

Prepare buttercream
4. Beat butter and sugar until pale and fluffy.
5. Add in cold flour paste and beat it until the cream is all smooth and fluffy.

**you can use lightly salted butter (demi-sel), if you prefer a tinge of saltiness and it tones down the sweetness. Salted butter will be too salty.
***Use French butter if you prefer your outcome to look whiter.