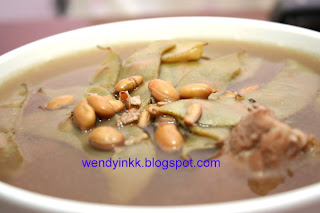 23/1/2017 : Correction:
The bean featured in this recipe was previously named wrongly as Lima bean. The actual name is Hyacinth Bean


I haven't been cooking much since June... most of the postings nowadays are back posts of what I've done in the previous weeks. Well, when one has a bun in the oven, there are always excuses that can be made at every corner, anytime, to be lazy.. kekekekeke...

Lima is five in Malay language.. This is not a Five Bean Soup..


In Cantonese it's called "pang mei dau". I think it's called lima bean, as that is the closest that I can get from the internet. It is a bean about 3-4 inches long, pale green colour with a matte surface in the shape of an eyebrow. 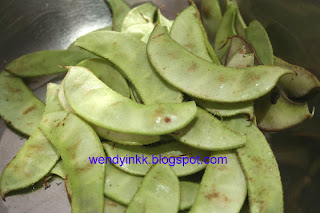 This is my grandaunt's favourite soup and she'll eat a lot of the beans because she believes this bean enhances our eyesight, and with that she claims the reason for her being able to thread a needle at 90.


Trim the beans by discarding the top bits and pull away the top ligament.
Boil water, put in everything to simmer for 2 to 3 hours. 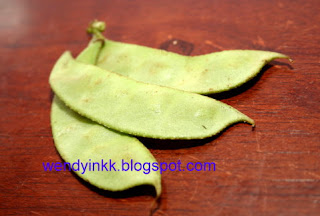 the Lima Bean.. I think 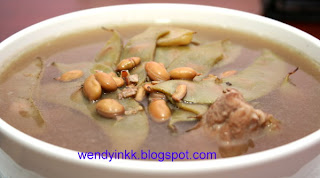 The beans are out of the pod after being boiled...
Posted by WendyinKK at 11:53 PM