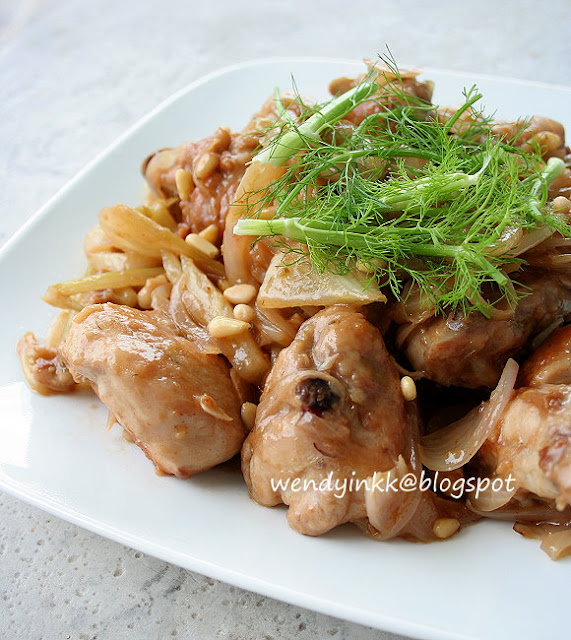 Looks like a Chinese stir fry? Haha, no this is a recipe from a Westerner.

I've bookmarked this recipe way before I knew I was going to have a baby. It was at the same time when I did the double fennel roasted chicken. Back then I was searching for ways and methods to use up the first fennel I bought and this recipe was KIVed. And now, it's into good use.

Fennel is a galactagogue and onions are good for expelling wind, as it causes you to release gas. Fresh fennel when cooked until tender is far more delicious then when roasted. I'll definately cook this again even if I'm not in confinement. 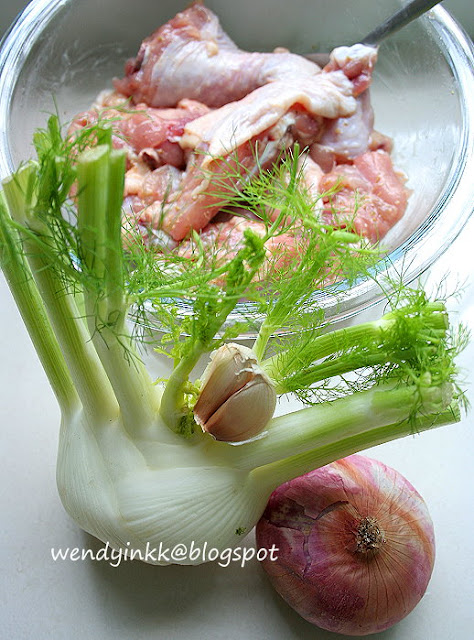 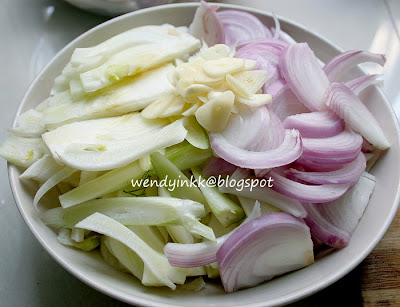 Method:
1. Chop chicken into slightly large chunks (thighs cut half, drumsticks cut into half, wings separate the upper and middle wing and breast parts into similiar sizes)
2. Marinate with salt, pepper, ground fennel and Shao Xing wine. Let it sit for at least half an hour.
3. Dust chicken with flour.
4. Heat wok on medium heat and put in olive oil. Put in chicken pieces and let it shallow fry until golden and nice. Remove chicken and retain oil.
5. If there is too much oil, discard some. Put in butter and garlic. Then fennel and onion.Cook until the fennel and onion starts to soften.
6. Return browned chicken pieces back to wok and put in 1 cup of water. Cook on medium heat until gravy dries up and fennel is soft. Put in pine nuts.
7. Put in worcestershire sauce and balance with sugar.
8. Dish up and serve. 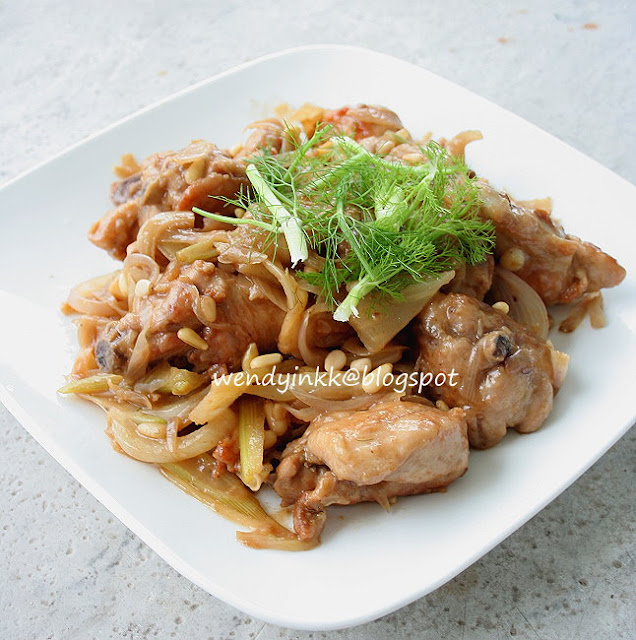