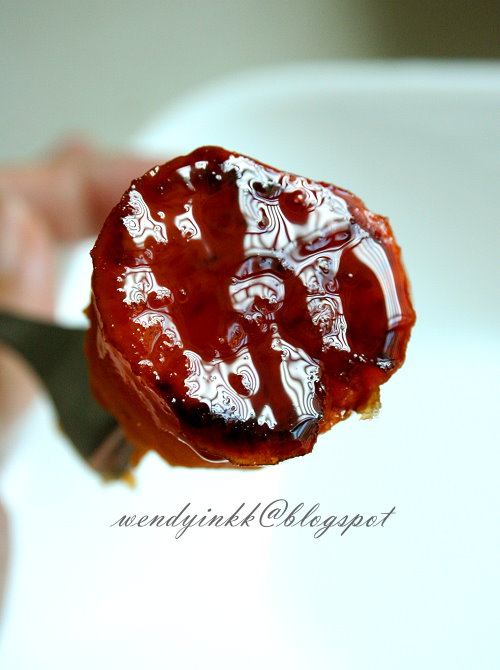 Grandaunt is the type of person who likes to repeat dishes. Don’t tell her you like it, if not you eat that at least 4 times in a week. Serious! Ask my brother about her infamous bean paste fish, he’ll puke if he ever thinks of that now. Or the ex workers of my mom’s salon who in the end got so sick of her Fish Paste Stuffed tofu that they picked the fish paste and left the vege carcass behind, and that made grandaunt furious. She has this notorious habit of repeating dishes and she hates it when people refuse to eat anymore. LOL.

﻿
﻿Well, this is one of those that she cooks so so often that we don’t bother to eat. She actually cooks a small pot of it, leave it in the house and whoever wants some snack, just take one big chunk and eat. It’s the ‘snack’ of the house. Sometimes when I am too hungry before meal time, I do eat, and I love the caramelly syrup. I love to roll the sweet potato chunks in the syrup beneath….. delicious!

It's been 17 years since Grandaunt left us, and her birthday was around this time. We used to celebrate it somewhere not too long after CNY. I ate the whole pot of this and nope, I wasn't hungry. I was wanting to eat it. Missed it so much. 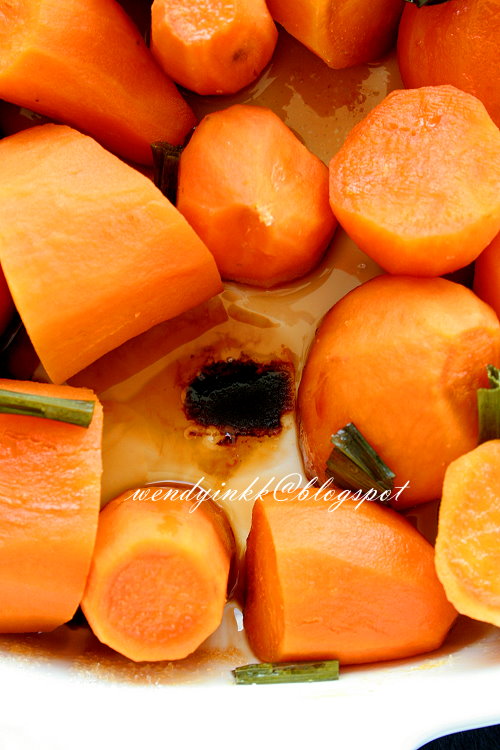 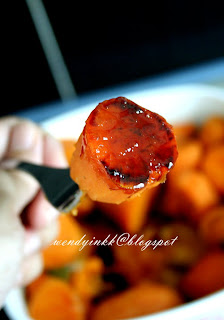 Recipe by: WendyinKK
Tasted and recreated from Grandaunt’s version

1. Peel and cut sweet potato into chunks.
2. Arrange sweet potatoes in a single layer in a pot
3. Pour in water, up to half the height of the sweet potatoes
4. Snip pandan leaves and place them over the potatoes.
5. Put the lid on and cook on medium heat until sweet potatoes softened (but not mushy)
6. Sprinkle sugar over sweet potatoes evenly, no need to stir or flip. Cook until the water almost dries up (lid off) and the syrup turns to a light amber colour. I like it when the base takes on some minor burns 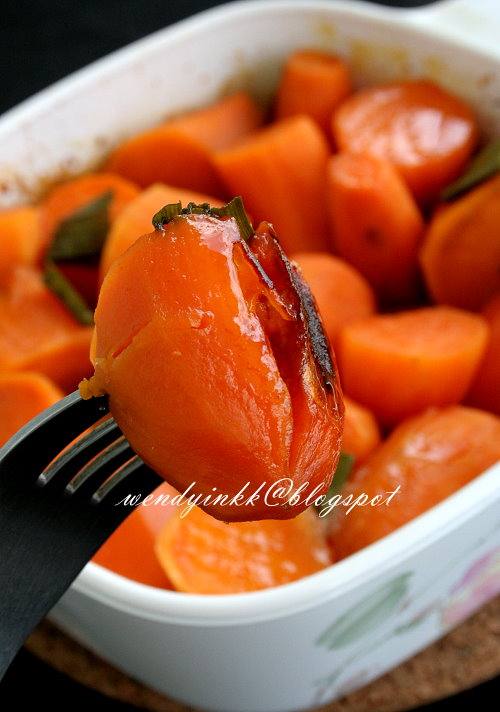 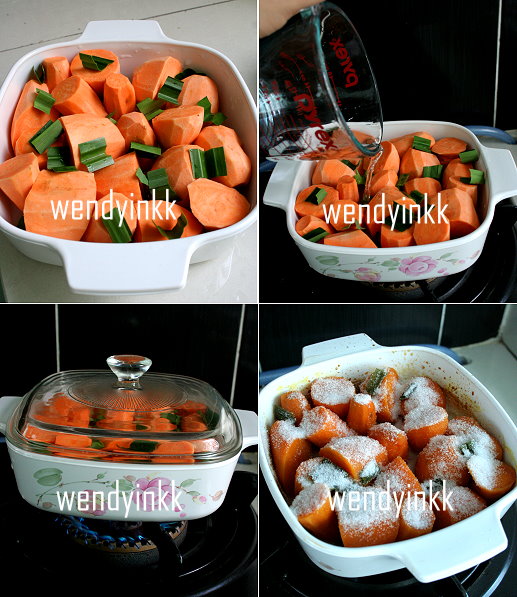