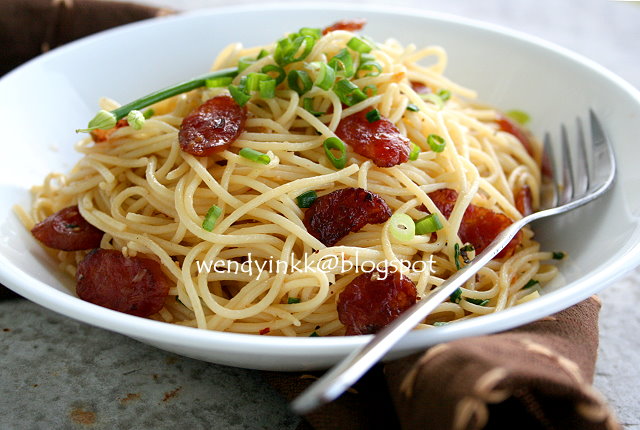 One kick ass idea from Peng. LOL. Love ya Peng.

I love aglio olio. The fragrant garlic makes this pasta dish soooo appetizing and not that cloying to eat. And when fusioned with Chinese sausage, double the enjoyment.
The Chinese sausage is used in place of bacon..and imagine honeyed bacon.. OOOOOooooooooo....

I chose to use spring onion instead of parsley to add more oriental touch to it. Remember to slowly cook the garlic until it dries up before you toss in the cooked pasta. If not, it won't be nice, seriously! 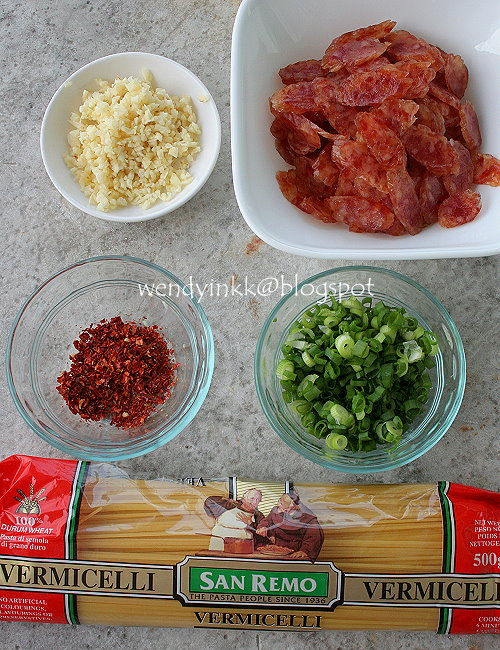 Personally, vermicelli is my favourite compared to other forms of 'long' pastas. I use vermicelli most of the time. It's easier to lift compared to spaghetti and has better texture than angel hair. 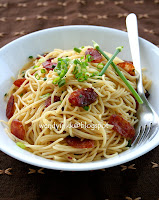 1. Boil a pot of water and cook the vermicelli according to instructions on packaging. Strain the vermicelli.
2. On medium low heat heat a pan/wok, (no oil), cook the Chinese sausages until they start to caramelize, and oil oozes out. Do not burn them. Push them to the side, let the oil drip down. Dish up the sausages. Use a paper towel and soak up the oil in pan/wok. Discard the towel.
3. Put in 2-3 Tbsp olive oil, on low heat, slowly cook the minced garlic until lightly golden, put in chilli flakes, black pepper and salt and cook until golden. Turn heat to the highest.
4. Put cooked vermicelli into the wok/pan and toss everything together. Put in Chinese sausages and give everything a good toss to combine. (Add few Tbsp pasta cooking water if it turns too dry).
5. Sprinkle in the spring onions, give it final light tossing. Dish up and serve. 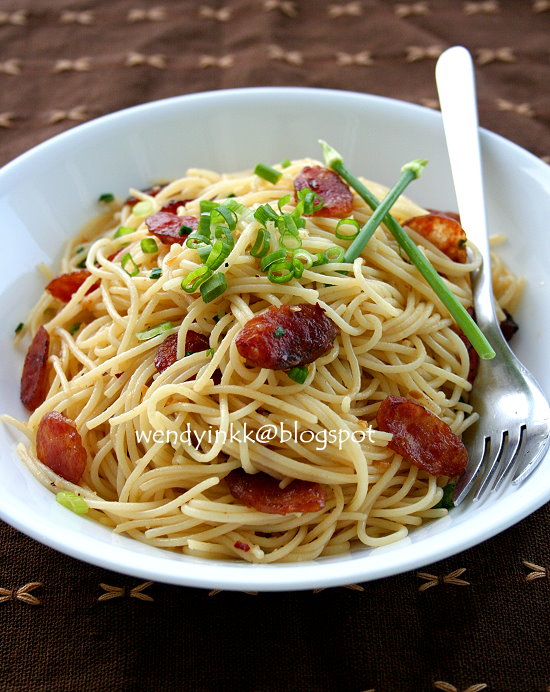