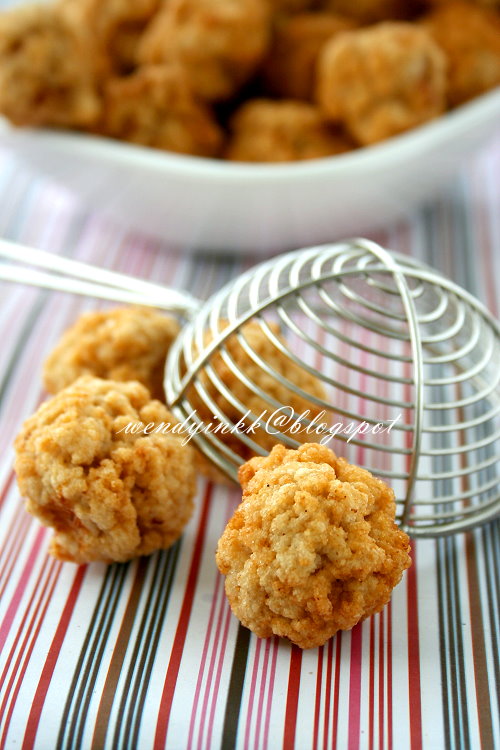 Fishball Noodles, Kampar style, has spread it wings out of town to Klang Valley  in recent years due to the 'migration' of Mdm Sau Ying. I've seen her in person at her stall at Ming Tien, Taman Megah. My family knew her  because our family business was very near to hers back in Kampar. She didn't recognise me, but only my brothers. Yikes, haha! Back when Mdm Sau Ying was still in Kampar, her noodle stall was infront of the Kampar town basketball court, one of the popular breakfast choices in town.

Those of you who ate it before will find the soup and the "liu" a bit different from others. Liu is the stuff that comes with the noodles. Kampar fishball noodles comes with delicious fishballs, Foo Pei (Stuffed beancurd skin with fish paste), Pork Balls (with some bits of cuttlefish) and the weird fried dough called "Jau Yun". But one is always free to dictate which one you want more or less or just that one thing.


Noodle stalls in Kampar, mostly makes their own "liu". Stalls that uses factory made liu  may still stay in business if they are lucky, but rarely gets popular. Jau Yun is one of those liu  that one can't get out of Kampar, although you can get the other liu  in other places, but not Jau Yun. Not every stall makes it the same. Some are sweet and crunchy, some chewy, some has more fish, some just floury... but no matter what, we Kamparians love it, embracing the differences of each stall's Jau Yun. We love them all the same.

Initially I wanted to do the whole thing.. from the noodle soup, the fishball (the process is a bit different, and that explains the different texture from regular fishballs)and everything else, but how much time do I have for this? I don't, sadly. 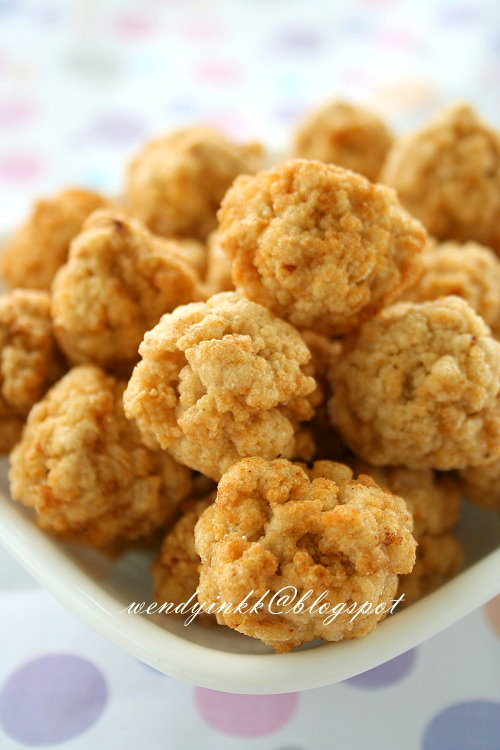 The last time I made Jau Yun was more than 20 years ago. It was a collaboration between my brother and I. But we cheated with some pork, but no one knew. Our friends from MYF all ate happily. This time, I made it with just fish, and I'm glad with the result.

The ones sold in town,uses MSG as flavouring, like most hawker food do and I know many do detest its usage. So I have replaced it with an anchovy cube of which it still does contain MSG (if you can get a MSG free cube, then good for you). Personally I grew up eating MSG at home, so I'm ok with its usage as long as it's not too much.

I know many Kamparians out of town are missing this like crazy, because I always get asked on how to make this. I hope this recipe will be of use to you. 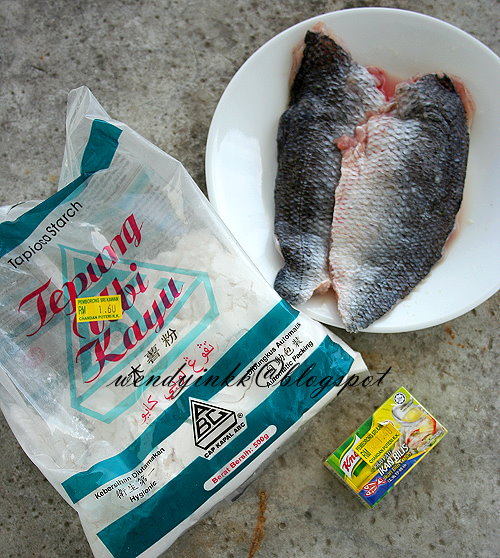 Tasted and recreated by WendyinKK
Makes around 45-50 pcs

1. In a food processor, pulse fish flesh with salt, sugar, pepper and anchovy cube until pasty. Add in water and pulse again until a paste forms. Put in starch and pulse again until it forms coarse crumbs. If it looks pasty, add more starch.
2. Get some of the crumbs and gently form them into balls with fingers. Do not roll them, press  or compact them. Make them as small as a marble, they will expand slightly when fried.
3. Deep fry them on medium high heat until golden. Drain and let them air for a while before eating.

*I did 2 batches and my first batch was drier than seen in these pics. The taste was actually better. Maybe I washed my fish too much this round 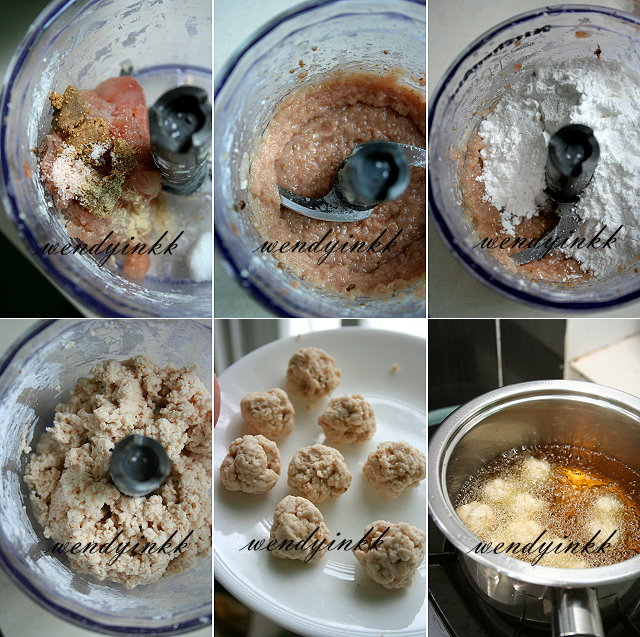