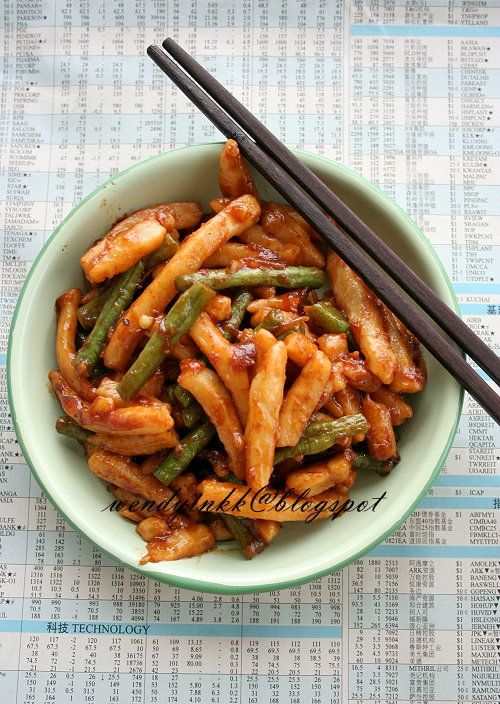 This is the other noodle from Tall Man@ Gou Lou from Kampar's morning market. Yesterday I posted his Jicama CCF.

It's a very traditional noodle that is actually homemade by Tall Man. It resembles silver needle noodles, but in a coarser form. People not from Kampar might not enjoy the noodles as much as we do, as most of us grew up eating this. It's something that we can't get elsewhere. It taste something like a short udon.

There is another stall in Kampar that sells this, said to be his relative, but people still throng to his stall because it is the best. 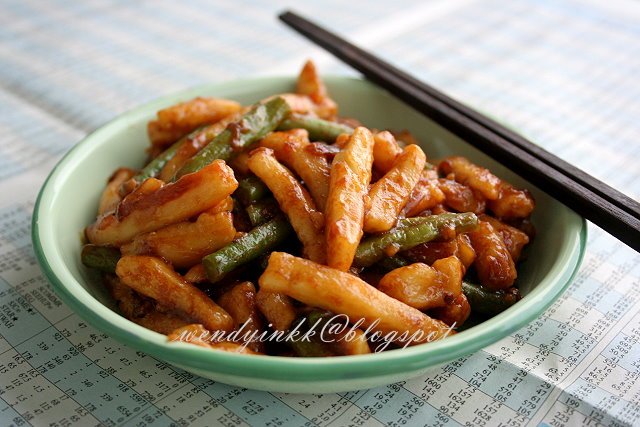 With this being another experimental recipe, it's really quite taxing to reproduce as I did quite a few batches of dough until I find one that is almost like it. I won't say it is exactly because I really don't know what goes into his noodles, except with what I can see from all the times I ate, the shallot and garlic bits..but we can't see flour types. I don't have that type of eye. LOL.

This noodles seems to find its similarity in Pekingnese Long Beans Braised Noodles and knife sliced noodles. Maybe not with rice flour, but there is a resemblance there.

I hope those Kamparians who tried this recipe will find comfort, the comfort from missing the food that we all grew up with, when we had them every so often that these food have become a part of us, the Kamparian. And oh yeah,  the option of curry gravy is there. 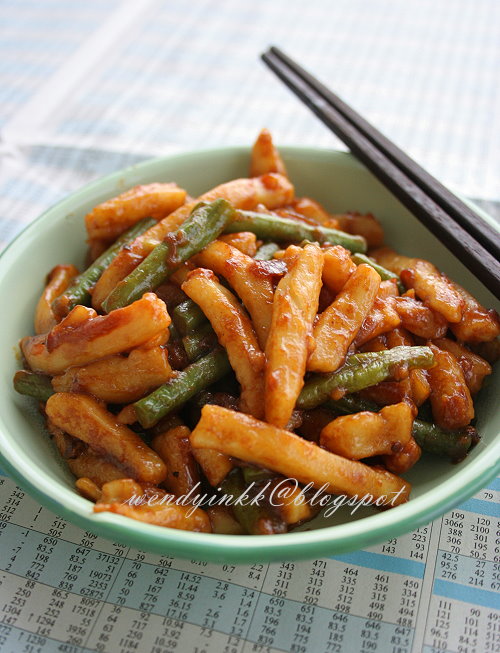 
Make the noodle.
1. Mix water with 100gm rice flour. Cook over medium heat , stirring all the while until it turns thick. Turn off the heat and pour in the rest of the flours. Mix until a big blob of sticky dough forms. Leave it to cool it will not be sticky, but still tacky.
2. Bring a saucepan of water to boil.
3. Oil one side of the cleaver, place some dough on the cleaver and flatten it to about 8mm thick. Use a dough scraper (lightly oiled at the cutting edge) and slice the dough into the boiling water. When the dough strips float, let them simmer for another 10 seconds then use a small strainer and pick them up into a colander. Rinse the noodles under running tap water, set aside. (do this step in small batches)
4. Let the noodles cool down thoroughly before frying.

Prepare the long beans. (if this step is done correctly, the final outcome will be good)
1. Heat wok until very very hot.
2. Put in salt, then the oil.
3. Put in garlic, give it a quick stir (it might burn quickly cos it's very hot) and then put in the long beans. (if it smokes, the better it'll taste)
4. Toss it and cook until some parts of the long beans takes on some minor charring or browning. (it should smell really good, no need all to take on charring, just a few pieces will be good enough)
5. Add in water and simmer on medium heat with the lid off until it softens and water  has almost dried up (add more water if the beans hasn't soften).

Frying the noodle
1. Heat wok and put in oil. Saute the shallots until golden.
2. Pour in noodles and give it a light toss.
3. Pour in long beans and seasonings, lightly toss it, take care not to break the noodles.
4. When the liquid looks absorbed, turn off the heat, let the noodles turn warm in the wok, do not move it. 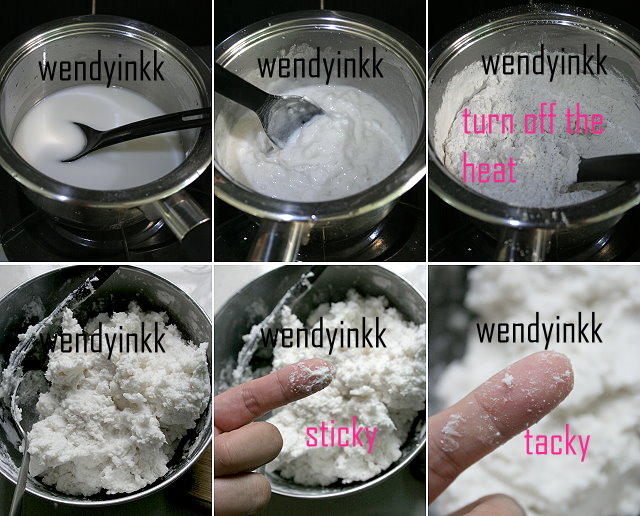 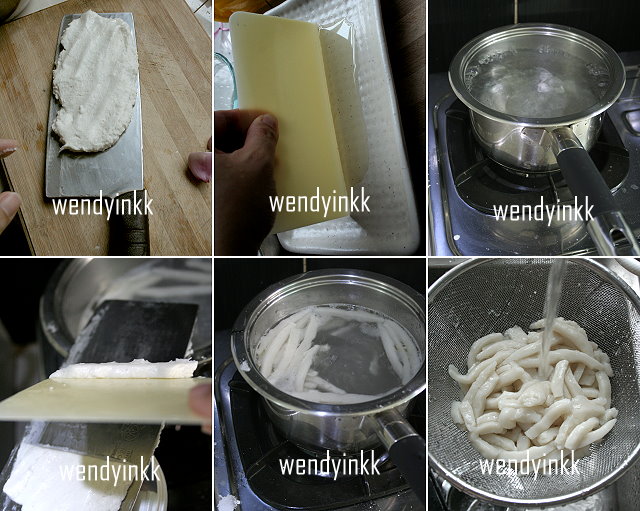