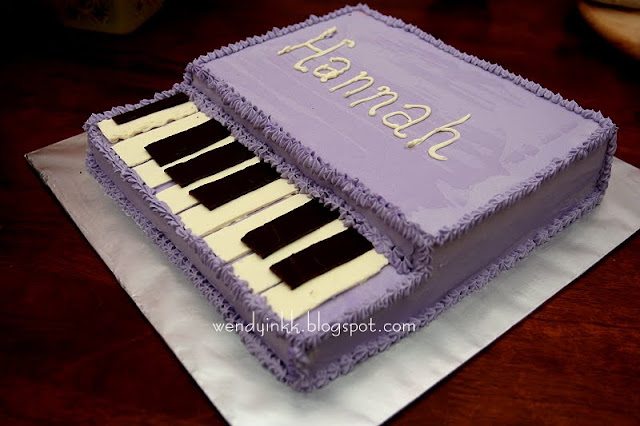 Hannah is my eldest brother's eldest daughter, elder sister of Jojo (Joanna).
A talented singer (she can follow songs just by listening to it once, and she was still in pre-kindergarten years),
A graceful dancer (just look at her perform in her school concert, undeniably the best in her class, she took up ballet at 4, and she could catch up with the 5 n 6 yr olds in her class with just a few lessons),
An Elephant (not her size, but her memory. Never tell her something u don't want her to remember, especially how many kids u plan to have, if not she'll pester u with the question , "When will the next one be coming?")
A sensible and careful girl (she knows what is right or wrong since very young and will warn her little sister when she is trying to be naughty. Never does anything she's not confident of. Never eats 2 candies when her mom tells her to eat one.)

She the type of daughter every mother will be proud of, that's what I can say. I learnt to change diapers, prepare formula thru taking care of her during my holidays when she was a baby. She prepared me for Lydia and Lyanne.

For her birthday this year(2 weeks back), I made her a Piano cake, promised months ago, even before Jojo's birthday last year. Hannah loves butter, so I tried out buttercream. Her fav colour is purple, so a purple piano it'll be. I didn't want a cake with lots of filling but let the flavour of buttercream shine thru. So I made a "rainbow cake". Actually it's an emulsified sponge cake, recipe taken from Rumah Manis as linked from What's for Dessert Today. I never told Lydia that this is a rainbow cake, I only told her it's a piano cake, but once the cake was cut and Lydia saw the inside, she screamed, RAINBOW CAKE. Kids are kids. U never know how smart they can be.

In this video, u can see how excited Lydia was, as if it's her birthday. Hannah only saw the cake just before the birthday song, cos all of us wanted the cake to be a surprise to her. It was difficult for her to land a cut in the cake, of which in the end she reluctantly did.

We didn't finish the cake at the party, but split up the cake for everybody to bring home. I took this piece home and took some pics to show how it looks like inside. 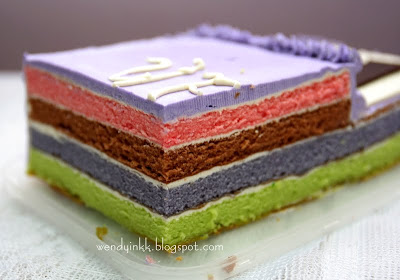 Pink - Strawberry
Brown - Chocolate
Purple - Yam/Taro
Green - Pandan
The combination of flavours were great. The buttercream was so so nice. I never liked buttercream, but now I'm a convert. Actually everybody at the party converted. Homemade buttercreams are nothing like store bought ones. No oily feel at all. Doesn't leave film in the mouth. And it's so so fragrant. It's also rather stable in our definately over 30C weather. I thought pure butter buttercreams(w/o shortenings or margarine) will be runny, but no.. it stayed put, very well. I think it's due to the sticky meringue base. I'll definately do this butter cream again. I didn't even flavour it. Original!! 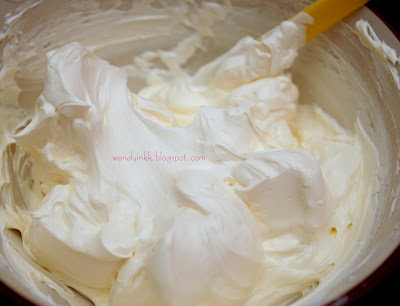 Swiss buttercream recipe taken from Tartelette
Posted by WendyinKK at 11:20 AM