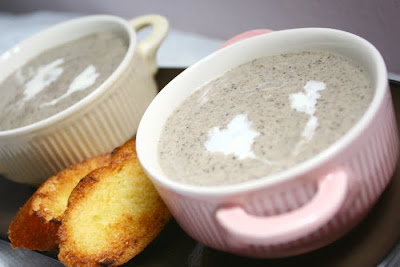 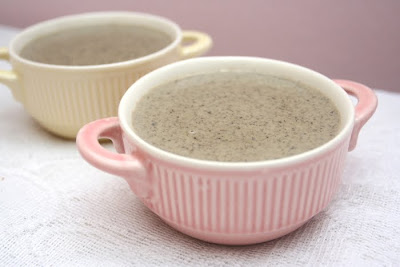 A recipe at the request of Riche, my net friend.

I searched on the net and adapted the recipe to local ingredients… Half and half is not easily available and it costs the same as cream itself. So, why not use cream and milk, anyway, half and half is also half cream half milk. Milk is a lot cheaper than cream.

This is my first time cooking with Portobello, and OMG, it’s darn good! It smelt like chicken when I was sautéing it. You can get mini portobellos at Jusco or Tesco and they cost less than the big caps.

This soup is really easy, and really yummy. You can dilute it more if u want, it’ll still be flavourful. 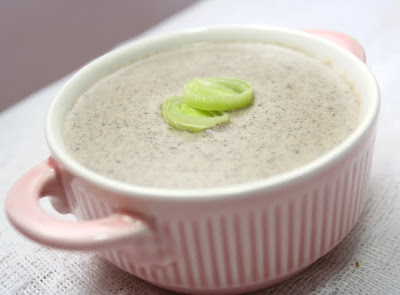 This recipe yield abt 5 cups of soup, nice to be served with hot garlic bread.

1. Heat butter in a pot until melted and put in onions. Cook until onions softens and put in leek. Cook until the leeks softens too. Put in mushroom and cook until mushroom softens and it smells good!
2. Put in water and simmer until everything turns soft, really soft. It takes about 10-15 mins.
3. Blend (2) in a blender or just use a pot blender and blend until fine.
4. Return it to heat and put in chicken cube, milk and flour mixture. Stirring all the while. Bring to a boil and put in cream. Season with salt and pepper. Remove from heat and keep warm until serving time.

And we couldn’t finish the soup, we used it as gravy with pasta the next day. Yummy!! 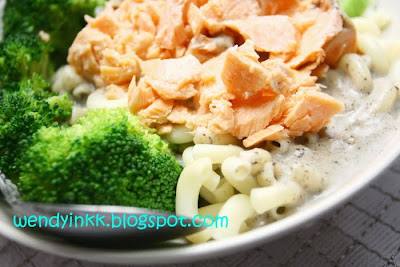 Posted by WendyinKK at 9:29 PM