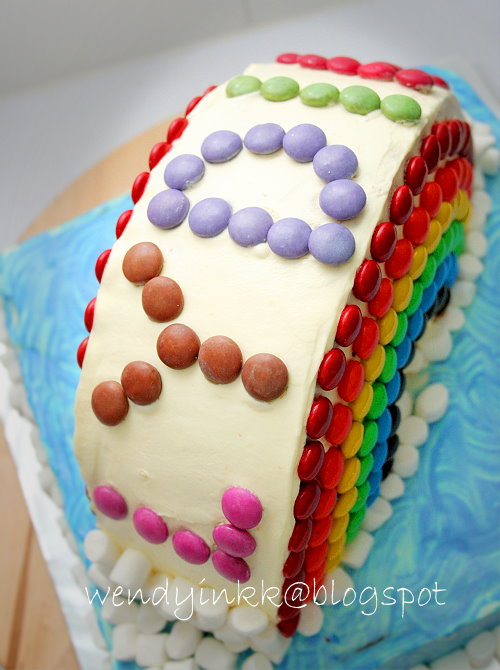 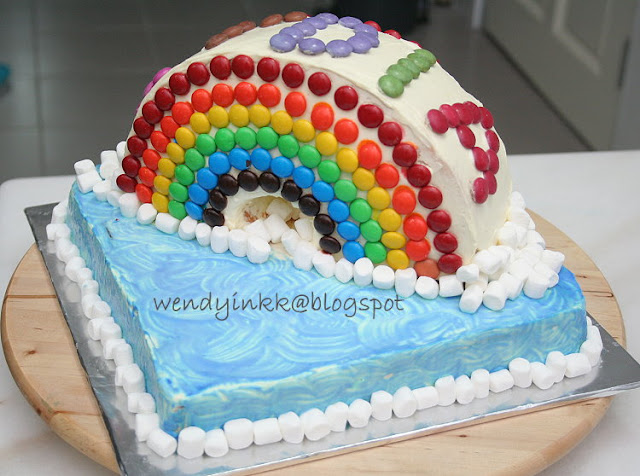 Remember I asked Lydia what cake she wanted? Her first answer was rainbow cake. So, I thought of making her an upright rainbow cake. The rainbow will be nestled on clouds on a bed of 'sky'.And the cake will be brought to kindergarden to be shared with friends. Only kids will be able to take on so much 'colours'.


What are the cakes used? The sky cake was a tray baked Designer Chocolate Baby Grand. The rainbow is just a simple orange chiffon cake. I chose a sturdy chiffon recipe, one that will hold up and Alex Goh's chiffons perfectly fits the bill due to its high amount of flour. 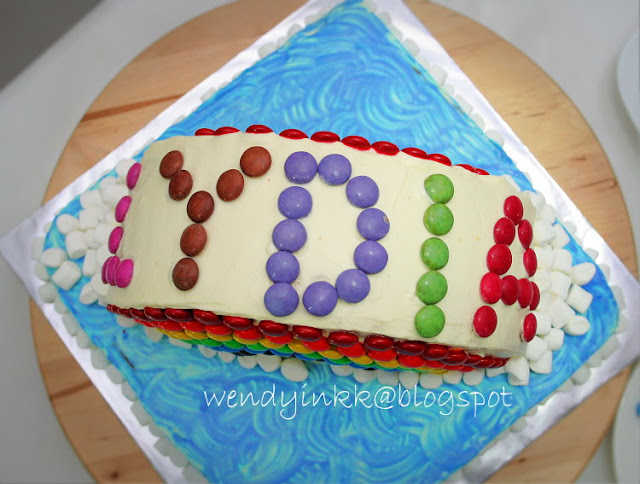 I bought lots of MnMs and a large tube of imported Smarties, as I know MnMs don't have purple. These 2 are Lydia's current favourite candies. I also bought mini marshmallows for the clouds. Not cheap for all these candies.

I split up the preparation. 2 days before the celebration, I made the chocolate layer, chilled it. The next morning, after preparing Lydia to school, I quickly made the chiffon. Chiffon cakes need time to cool down, so better do it early. 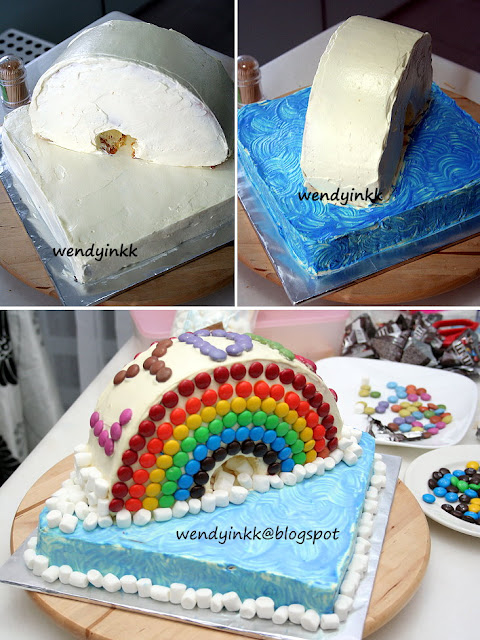 In the afternoon, when the girls went to their nanny's house (their 2nd last day there), I assembled and frosted the cake with dairy cream. I also painted the 'sky' blue. Then, into the fridge it went. I didn't do anymore on that cake because Swee San told me the candies will bleed. I waited until all the kids were asleep to stick on the candies as I couldn't afford to do it in the next morning due to time constraints. The cake should arrive in school by 9am and I need to prep the other 2 kids before going out.

Did the cake bleed? Oh yes! Sure did, but it still had my girl terribly ecstatic about it. So were the other kids.
Most of them said, " Aunty I want the soft soft white white one". They recognised the marshmallows. LOL.
The huge cake was walloped by all the kids and teachers, and recieved positive reviews about it. 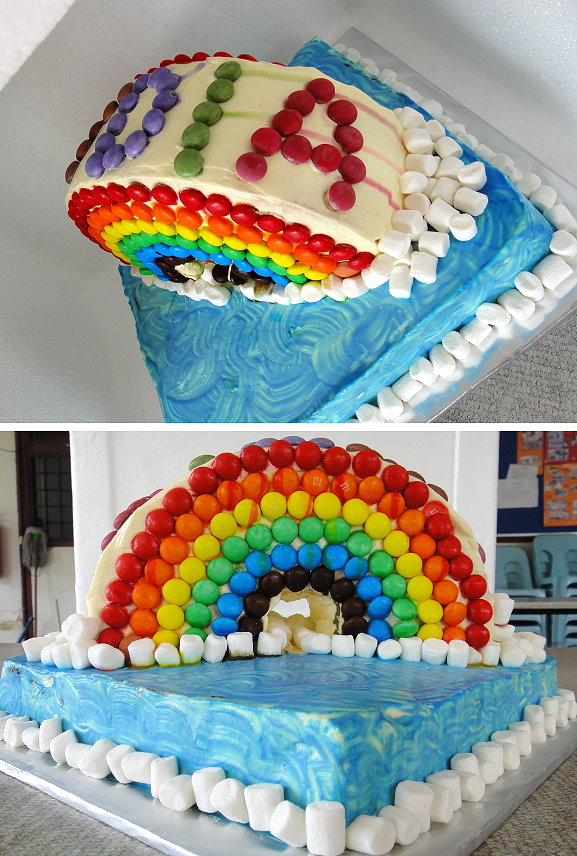 If you'd ask me, whether decorating the cake with candies is easy? I'd say no. I prefer piping the colours on. Because the candy will bleed and I can't do it way ahead of time. Candies also cost a lot lot more. I bought almost RM50 worth of candies, but I didn't finish them, of course, like the marshmallows or Smarties, were just partially used, but then again, I can't buy any less. I used 2 packs of regular M&Ms and one whole pack of individual servings M&Ms because I couldn't get the colour I want. Too many of some and too less of others.

Anyway, this cake was a good experience. Lydia super loved this cake :) But it doesn't show in her cake blowing sessions. She always gets tensed up when the candles are lit... remember last year's Carousel cake, she hugged me tight after the candles were lit. Funny girl!