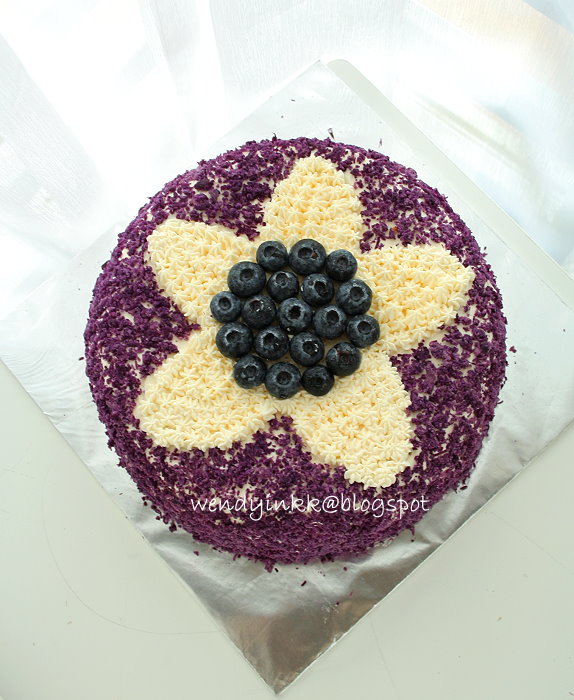 My dearie Lydia turned 4 last week on 28th. This year she has grown a lot, luckily vertically. A lot of her clothes can't fit already. Turning from one of the shorter ones to one of the taller ones in class.

As usual I make her 2 cakes. I can't let the presense of baby Reuben to change anything. I asked her, what cake she wants... Rainbow cake. 2 weeks later, she asked for Flower Cake. But too bad, I already had something in mind as her first cake.


This year, her first cake... I actually planned on making something with the combination of Lychee, Raspberry and Rose, with a dacquoise. Sounds like the Ispahan? Yeah, inspiration after eating Swee San's version. So off I went searching for raspberries. Usually i will find it in Jusco or Tesco. But for 3 weeks consectutively, I saw none!!!!!

Mike asked me on the night when I went for my last 36km drive gamble to find raspberries, "Why you never make any birthday cakes nowadays?"

"Yeah, birthday cakes with cream and not cakes that I can't differentiate from puddings or stuffed full with fruits."

What Mike meant by real cakes are buttercream sponges and puddings are those cakes with gelatin set fillings. He wants a "real cake", but I stuck with my idea of "ispahan" 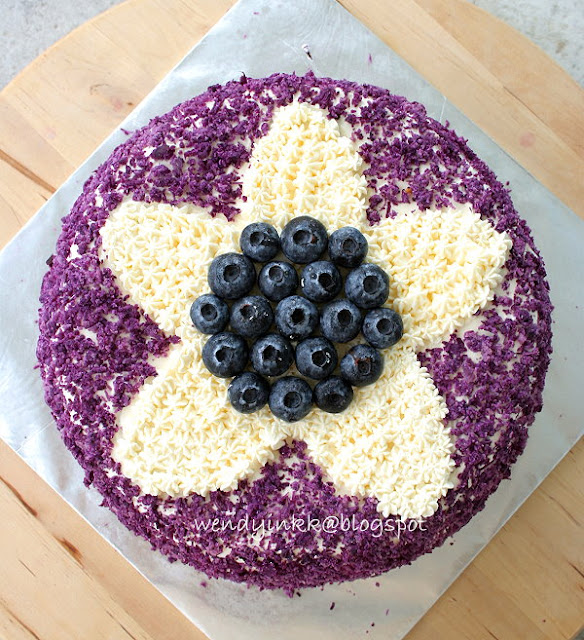 To his luck, I found NO raspberries. But when I got home, I still wanted to do something with the dacquoise I made before I went to Ipoh. Maybe make a lychee mousse with it.
The next day, when I was supposed to start filling the dacquoise, I found my lychee juice in can to taste awfully 'undelicious', 'disdelicious' or whatever adjective that should be used to describe it.
Then my dacquoise melted with the humidity. What more if I were to fill it? So I dumped the can of lychee juice and dacquoise. I was left with NOTHING.

I had something in the fridge, and that's purple sweet potatoes. Steamed and chilled because the girls won't eat them, but instead chose all the white ones. I had to gamble with this. Make a purple sweet potato chiffon, inspired by Anne's Ube chiffon cake.

Here's how it went.

1. I made up the recipe, the accidently poured in slightly more sugar than I intended to. For both the yolk batter and meringue. My niece complained it was slightly too sweet. I agreed. My cake also deflated quite a bit because of I folded it too much. Deflated cakes do taste sweeter, because it's denser my, more sugar in that cm3. Why did I folded too much? Read on.

2. My yolk batter was purple, magentaish when prepared. But when I folded in the whites, it turned bluish grey. I still poured into my pan. But after thinking twice. What if the cake really turned grey after baking. Lydia won't want a grey cake for her birthday! Yikes! I poured the batter out again and folded in a drop of violet colouring. That's why the batter became denser. I folded and folded and folded. 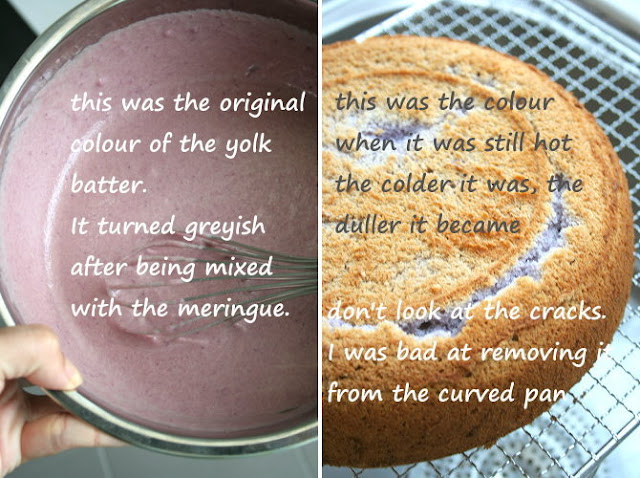 The rest of the process went perfectly well.......

How I decorated it, with Swiss Meringue Buttercream. As I always feel, cakes with no special filling should always go for buttercream to add some mouthfeel to the cake, and of course for better flavour. When Mike ate this cake, he said, "Now this is cake. I wonder when can I have something like this again."

So, both of them got what they wanted. Lydia, a flower cake, and it's in purple, her fav colour at the moment, and Mike got his 'real cake'. I didn't get to make what I wanted, but then, I will.. next time.

If you'd ask, what's that on the side of the cake? The cake looks like it's wearing knits. Yeah, It was wearing a purple sweater made of cashmere. LOL. No! It's made of grated purple sweet potato. Chilled ones, and they are firm enough. Don't believe? See the picture to believe. 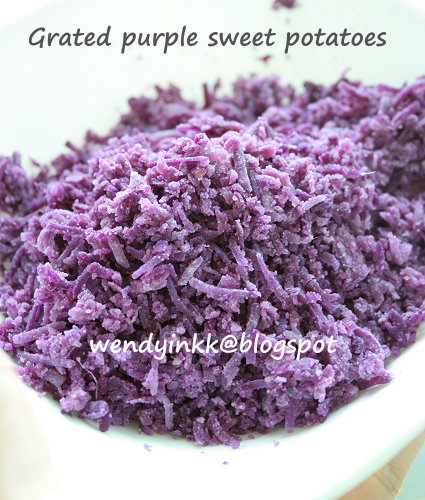 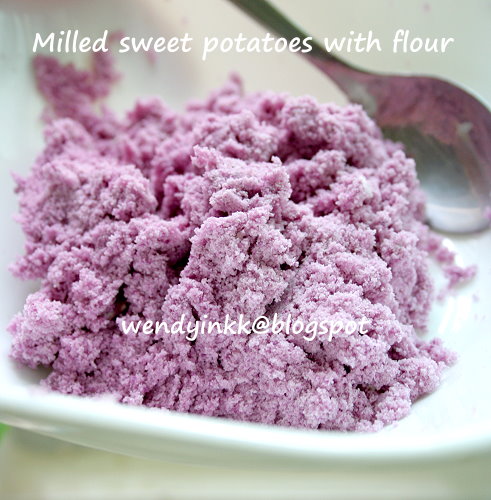 Compare both pictures below. Look at the sweet potato gratings. The first pic, they looked plump. Overnight int he fridge, the look shrunk. They were dried out by the fridge. But they still were fine. 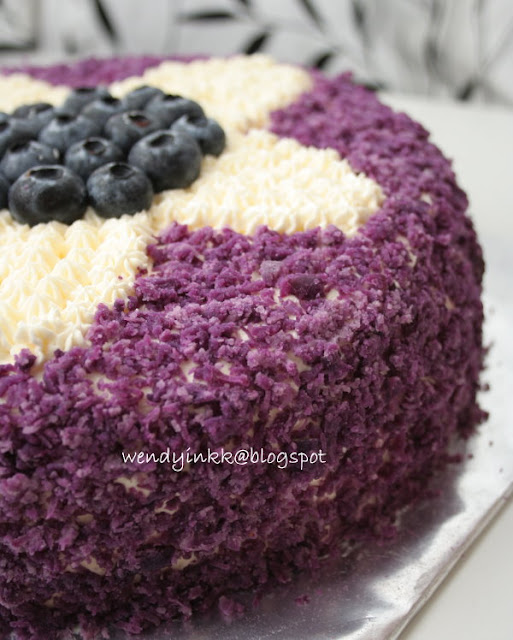 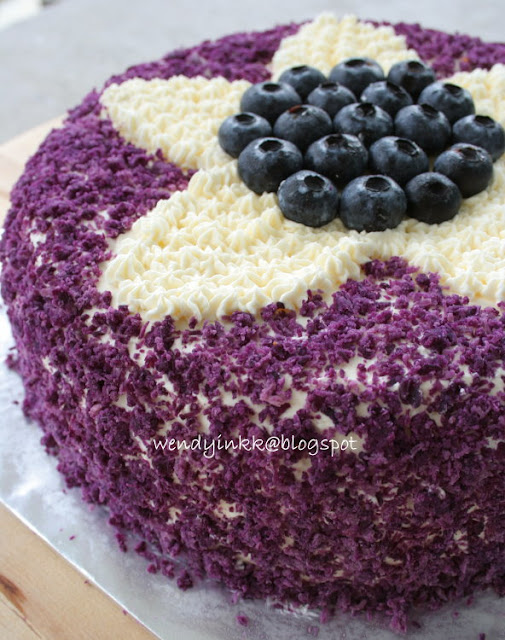 How it looked like inside? My cake was disfigured when the remaining was transported by home. Don't know why the box caved in. Mike said, the kids didn't step on it. But sigh, just no idea why.
The cake was duller than when I frosted it at room temperature. So, I guess same goes like what happened to my purple sweet potato mantous, they looked bright right out the steamer, and colour returns bright when steamed again. But I can't reheat this cake. The frosting will melt. Yucks! 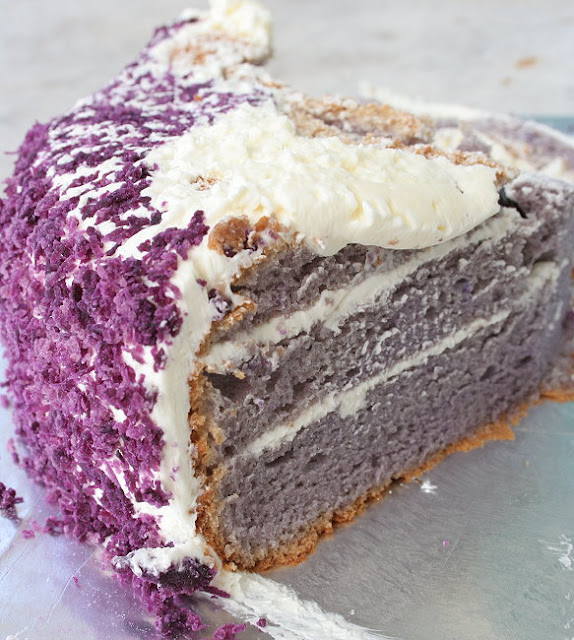 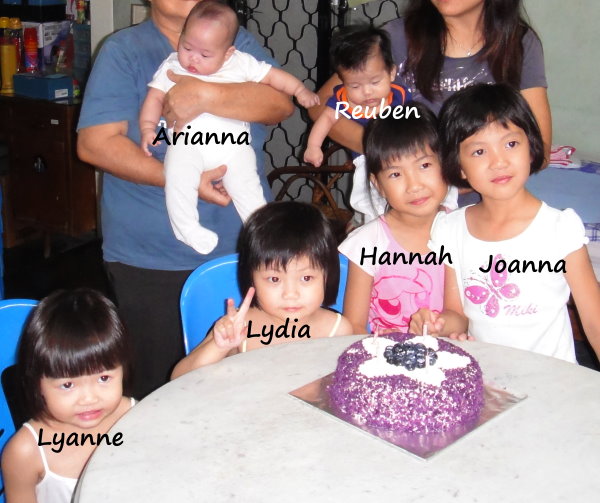 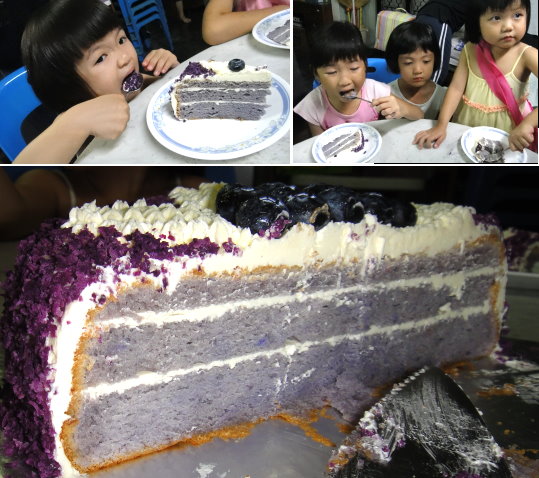 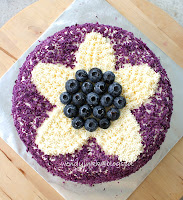 1. Grate purple sweet potato, mix with flour and mill till fine
2. Mix oil and yolks together. Then add in sugar, water, violet colour and coconut cream powder. Mix till well combined. Add in milled sweet potato and combine to a smooth paste.
3. Preheat oven at 160(fan)/180C. Prepare a 25cm tube pan or a 8/9 inch spring form pan. Do not grease.
4. In another clean bowl, beat egg whites and salt until soft peaks. Add in sugar gradually and beat until stiff.
5. Spoon 1/3 of egg whites into yolk batter and fold until well combined.
6. Pour the batter back into the meringue and fold till well combined.
7. Pour batter into prepared pan. Shake it left and right to level.
8. Bake for 40 minutes or until done.
9. Invert cake immediately after baked and remove from mould when cake has totally cooled
*sugar amount in recipe already reduced compared to my cake 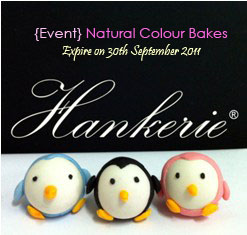