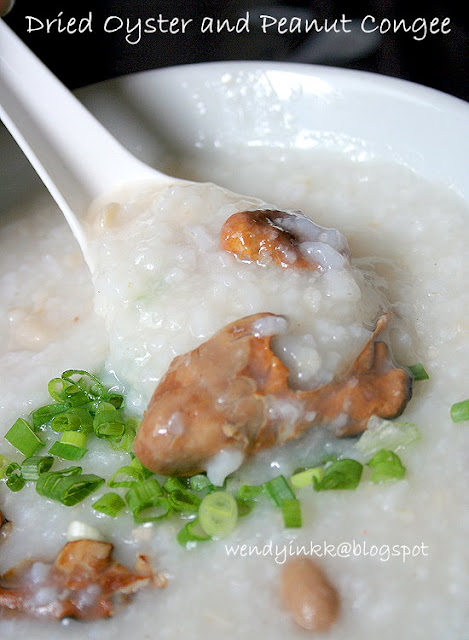 I came across this porridge at Cheah’s blog. Before I saw her post on this, I’ve already planned to cook mussel, lean pork and peanut porridge for Sunday breakfast. But then, as I saw hers, I can’t help but go and buy myself some dried oysters instead of using mussels. And I was totally intrigued by the fact she added in oatmeal to her porridge. Is that her method to balance up the amount of cholesterol from the oysters? Hahaha, I don’t know, but that really got me interested.


Like always, I half cook my porridge the night before, let it sit and bloom and bring it back to a hard boil the next day for a breakfast. Only takes me 15 minutes : )

You can do this the usual way, as in in dumping everything in the pot to boil. But I never like bringing back a whole pot of porridge to a boil the next day. I always always get my hand and arms scalded, due to the bubbling hot porridge. And when you reboil porridge, you can’t stop stirring, lest u get a pot of burnt porridge way before it even boils. So, if I’m doing this for breakfast, I always, always do it broth and rice separately to reduce accidents to my precious limbs. 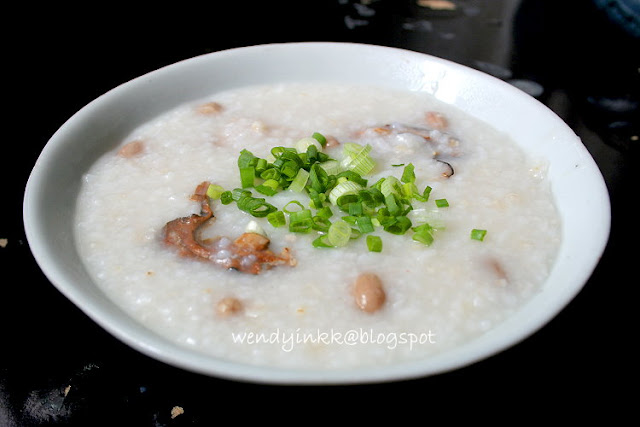 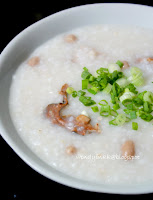 1. Boil oysters and peanuts in 5 cups of water for 2 hours.
2. In another pot, cook rice in 6 cups water for 40 mins or until it blooms. Turn off the heat and let it sit undisturbed.
3. The next day, bring the oyster stock back to a boil, put in sliced pork and when everything has come to a boil, put in the bloomed rice gradually, making sure the porridge comes back to a boil before the next ladle of rice.
4. Put it on high heat, put in oatmeal, and boil it lid off for 10 minutes and season with salt, pepper and sesame oil. Boil until preferred consistency. Stirring all the while.
5. Serve with a sprinkling of sliced spring onions. 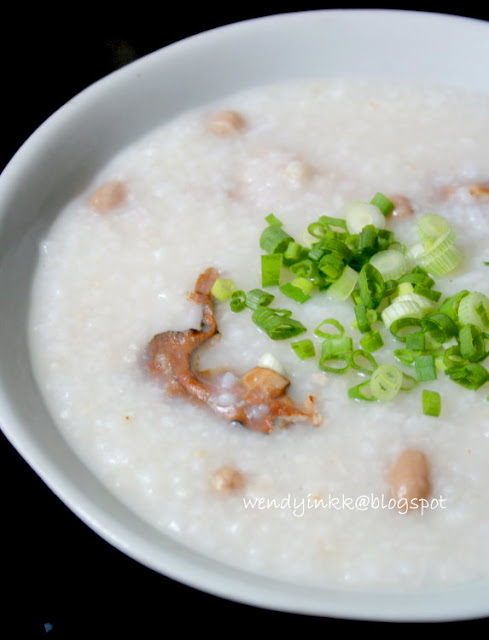