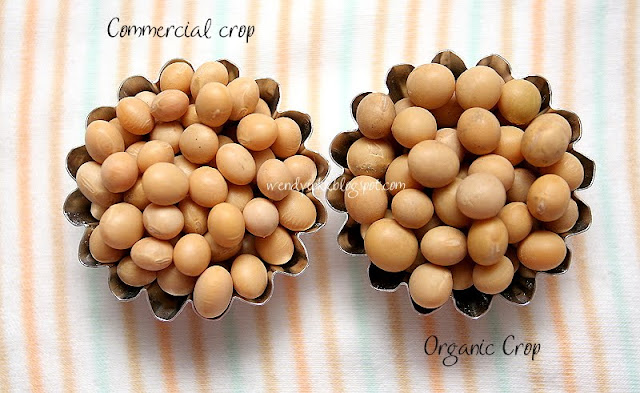 I wonder, if there is a difference between these two. So I bought some and did some simple testing

I soaked the same amount in weight for these beans and made soy milk the next morning. Gave it some simple taste test with my 4 senses, touch, vision, smell, taste and of course I can't hear soy beans.


THIS IS JUST MY PERSONAL OPINION.
YOU MAY THINK OTHERWISE 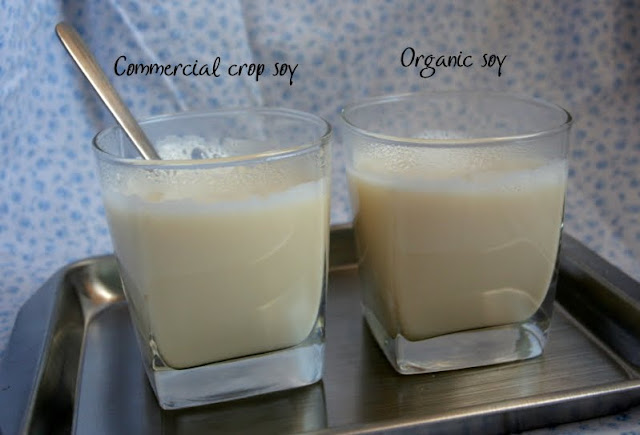 Visually, commercial ones are smaller and organic one are bigger. The rest of the differences are in the table below.

So, in the end, will I use commercial crop soy or organic? 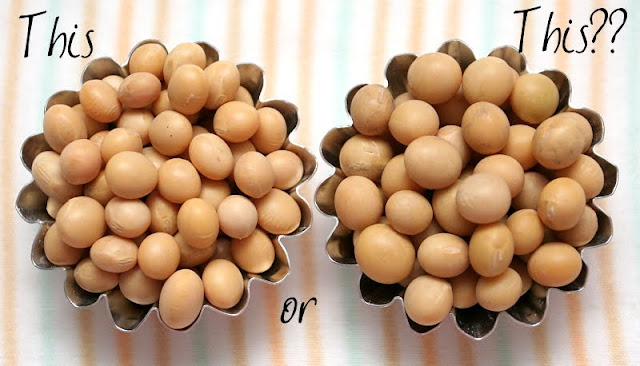 A mixture maybe.... Or maybe there's another organic soy out there that fares better than this from Mongolia.
I do believe there is another better organic soy bean out there, just that I can't get it, yet.

Oh ya, this organic bean right, is the cheapest on Jusco's shelves. Hehehehe. Maybe I should just get the more expensive ones.

And commercial crops, some are imported from China, and I do not know how they taste like, since I've never bought some and did some simple testing on them.
Posted by WendyinKK at 11:24 AM