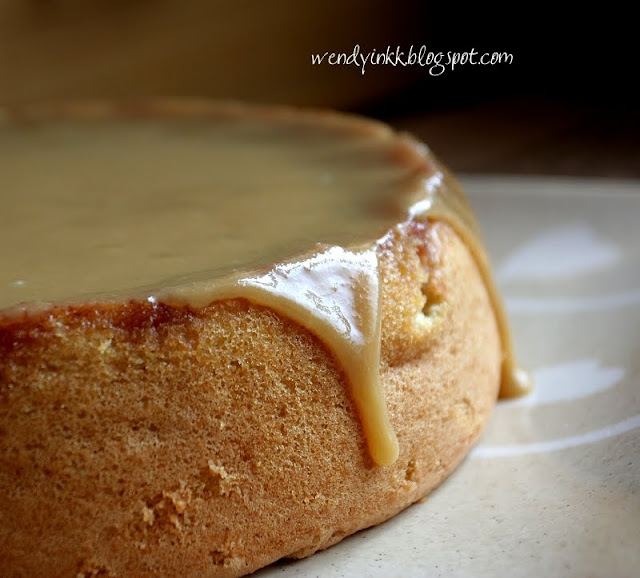 I saw this recipe online for more than almost 2 years, and never attempted it because I could not find demerara sugar. And I finally got my pack of demerara sugar at Jusco’s organic shelves. Actually, the Chinese herbal shop which is walking distance from my house also had it!!! Darn! Stupid me.

First bite: So sweet!!!! Urgh
2nd bite: hmmm….the cinnamon is good… caramel is yummy
3rd bite: I’m in heaven………..
This is my ultimate comfort food. I really felt "uummmm" when I ate this, my mind just went bumping on the clouds...

That was me, only me.

Mike didn’t like it, due to the cinnamon, so did the rest of his family. The caramel was so good with the cinnamony apples…. 1 slice is not enough for me. I want to have more..but it was too late, those who ate the rest of the cake somehow scraped the top away…………Wasted!!!

I adapted the recipe by avoiding the ginger and cinnamon in the cake, even the cinnamon on the apples were too much for Mike’s family, but I love it. I only made half the caramel in the recipe, and it’s enough for me. I don’t know how to eat an overly sweet cake. MIL asked me to make it next time totally w/o cinnamon.  The next time I did it the same way, but she ate all of it. 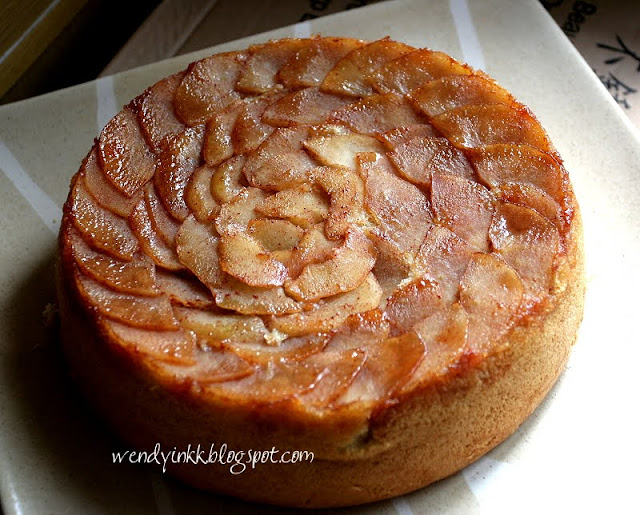 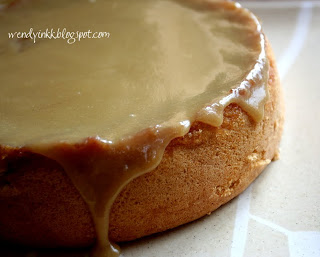 1. Preheat oven at 180C or 170C (convection)
2. Generously butter a 9 inch baking dish with butter.
3. Toss apples with 2 Tbsp of pulsed demerara sugar and ½ tsp cinnamon powder. Arrange nicely on the buttered dish.
4. Beat eggs with the rest of the pulsed demerara sugar until thick and pale, abt 5-7 minutes on high speed.
5. Fold in sifted flour in 3 additions until no lumps are seen.
6. Fold in melted butter and vanilla essence.
7. Pour batter over arranged apples.
8. Bake for 30 minutes or until toothpick comes out clean.
9. While cake is baking, cook on medium heat cream, sugar, vanilla and salt until it boils, and continue to cook on med low heat maintaining a rolling simmer until mixture visually looks thickened, about 6-8 minutes. Remove from heat and leave to cool slightly while waiting for the sponge to be ready.
10. When sponge is baked, remove from the oven, and loosen the sides with a sharp knife.
11. Overturn cake onto a plate and pour warm caramel over cake. 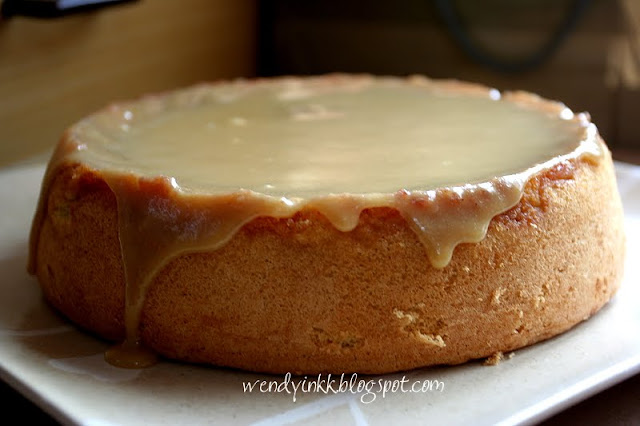 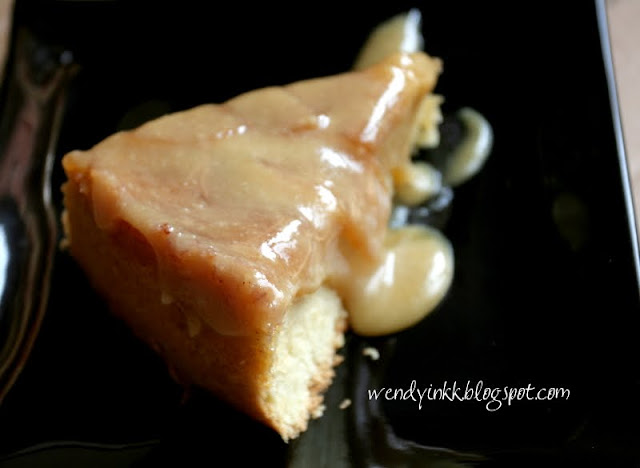 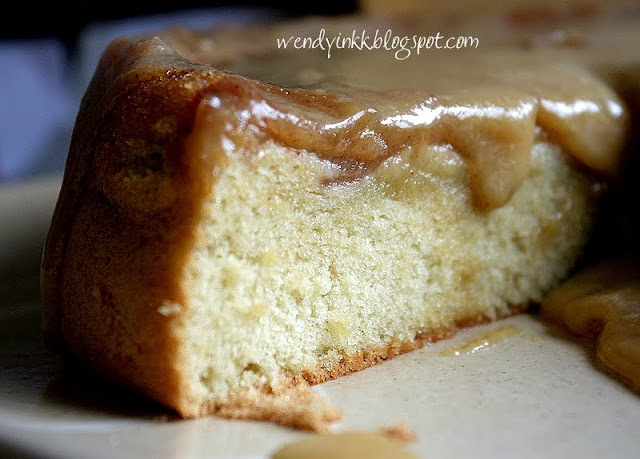 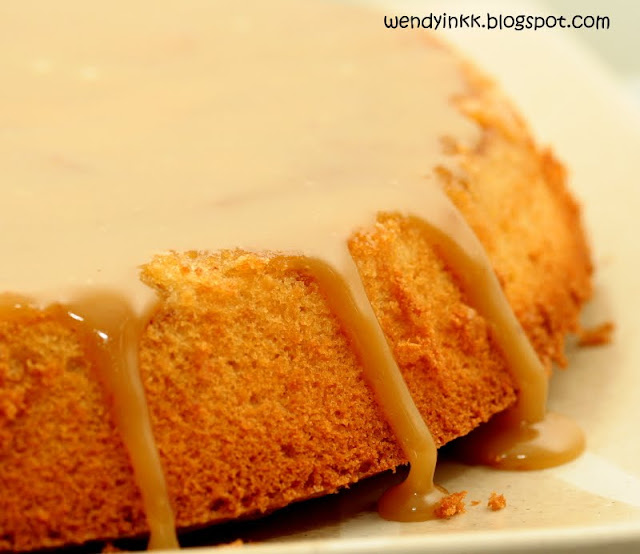 The rest of the pictures are my 2nd attempt and only this pic is my first attempt with the cake. I didn't like how the 1st attempt pictures came out because I haven't discovered natural light photography :) The bounced flash were too much for the caramel.
Posted by WendyinKK at 11:00 AM