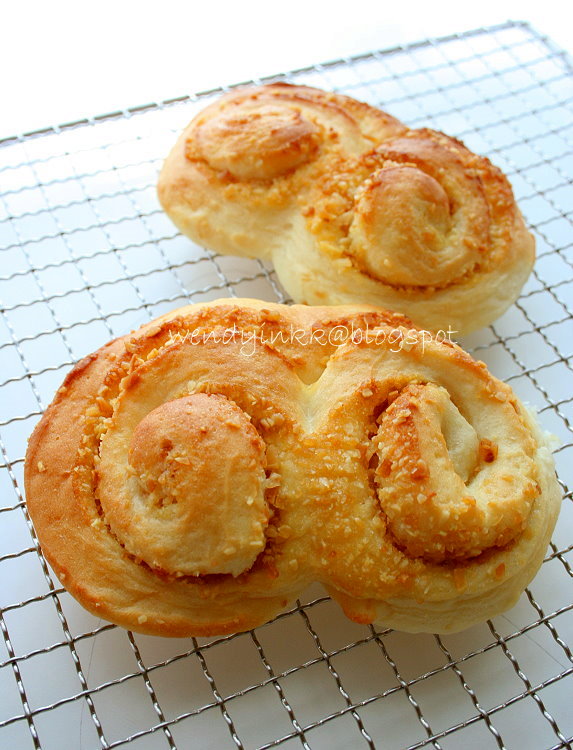 It’s in the dough. Kneaded in the dough. But frankly, I can’t smell or taste the cheese.
The buns are quite good, but not sweet enough for me. Well, it is not bland. But when the buns are filled with almonds, I would expect it to be sticky and sweet, rather than just ‘not bland’. It has to have that stick that I always expect with almond fillings. The next time around, I’ll double the filling’s sugar. 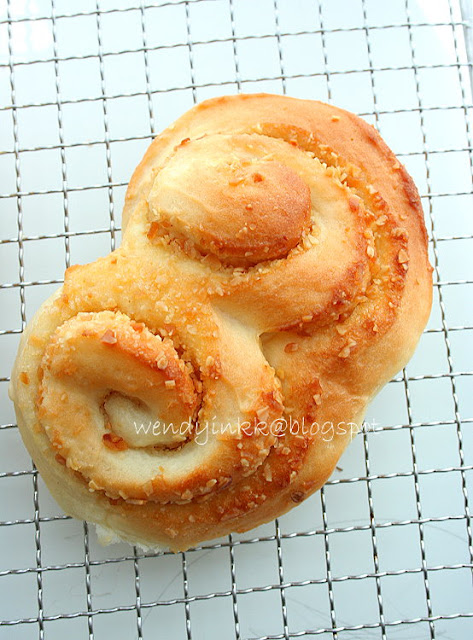 This is one of the first few breads I made after I moved in before Reuben was even 2Mo. Now he's 18Mo, time flies. Lately I haven't been baking much bread because I don't have the luxury of standing there to form and shape bread at the exact time needed when he's always running and messing around, or pulling at my pants. He's quite a mommy's boy, until he sees his fav grandaunt. And then.... he no longer wants me at all. 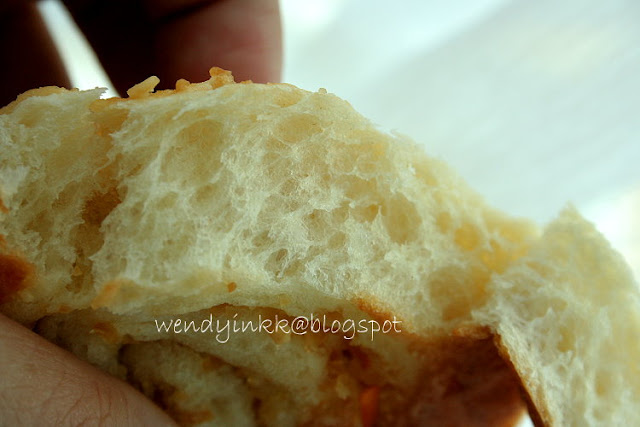 1. Combine all ingredients for dough except butter. Knead until it forms a dough then only add in butter. Knead until window pane stage.Cover and let it proof until double.
2. Put toasted almond slices into a bag, use a rolling pin bash them fine. (or u can use the mill, but that seems too fine). Mix with sugar, set aside.
3. Mix melted butter with egg yolk.
4. When dough has doubled,  divide the dough to 2.
5. Roll out each piece to a rectangle. Spread the butter yolk mixture onto it. Sprinkle half the nut sugar over. Roll up. Divide the roll into 8 pcs. Make a slit halfway through in each piece and split it apart. Place on  a lined baking tray.
6. Repeat step (5) with balance of dough.
7. Let formed dough proof for 45 minutes.
8. Preheat oven at 160(fan)/170C. Bake for 10-12 minutes or until golden brown. 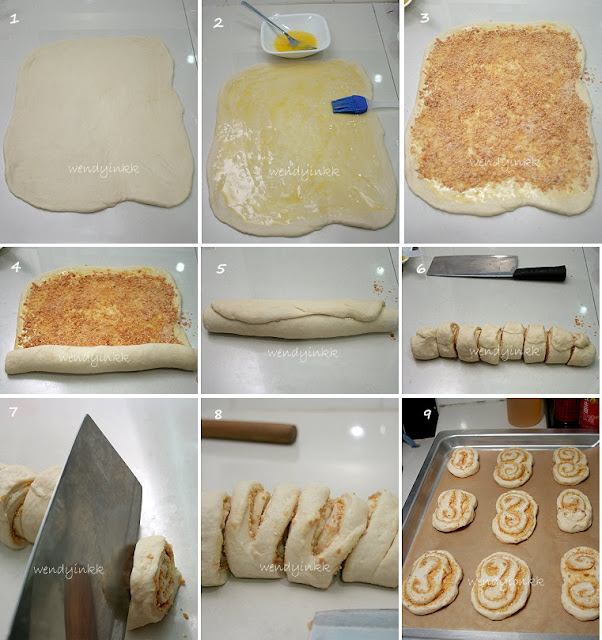 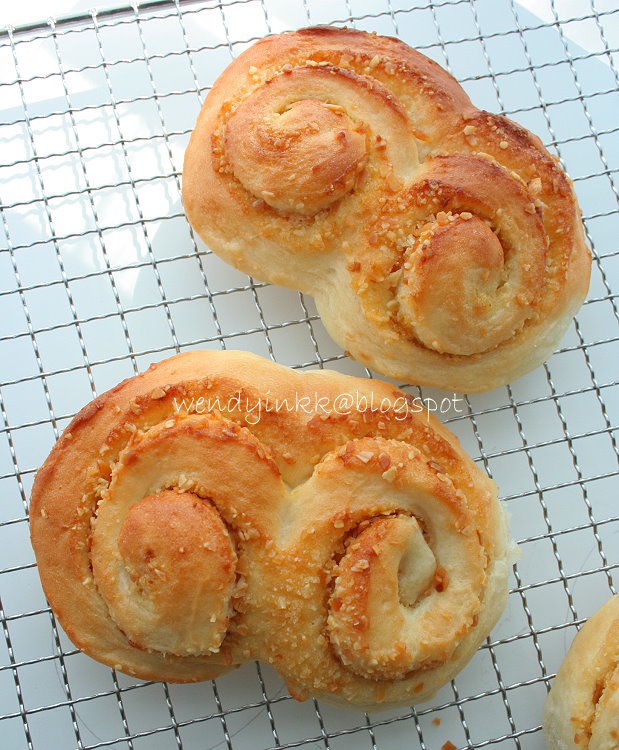