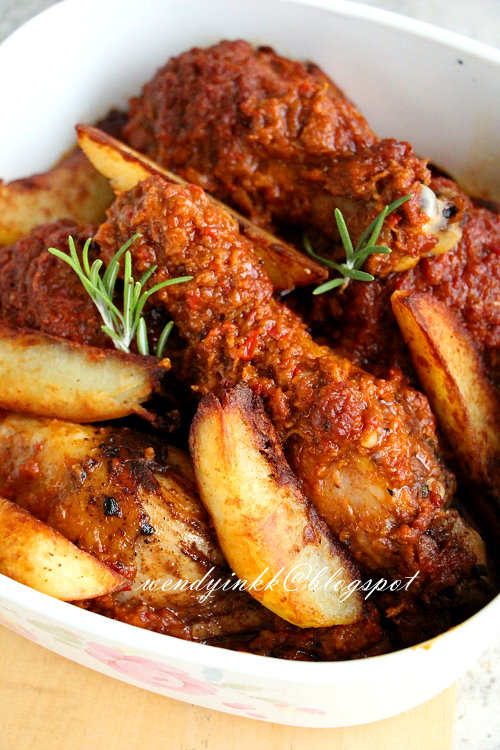 This month's Asian Food Fest brings you Hong Kong and Macau, both popular holiday destinations, that were once colonies of the British and Portuguese. Visit Annie's blog to read the introduction that she wrote.

Galinha à Africana is a chicken dish from Macau, not Africa.
I learnt of this dish via Hong Kong movies during my teens. 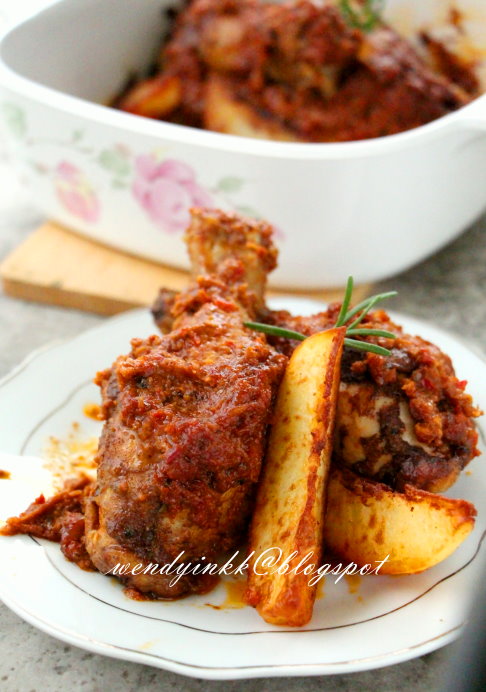 The version in Macau is created in the 1940s by a chef named Americo Angelo, who worked at a small hotel called Pousada de Macau. Mr. Angelo was inspired during a trip to one of the former Portuguese colonies in Africa. But some believe that this dish was brought to Macau by the Portuguese soldiers who visited Macau from stations in Africa such as Mozambique. Read more here. 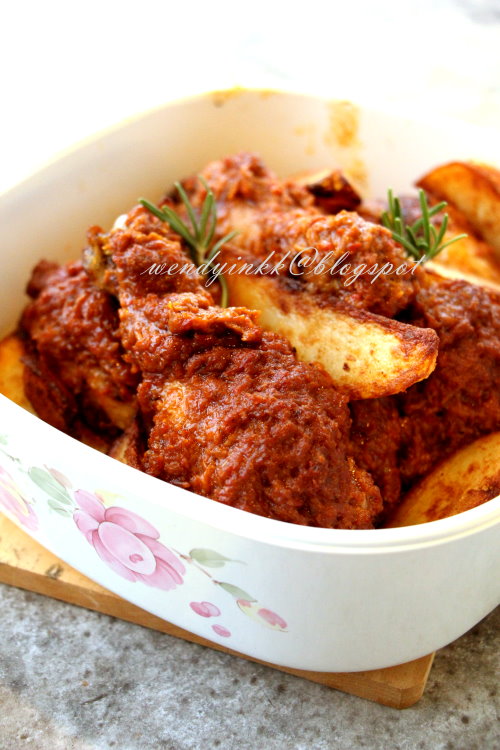 The orginal Macanese African Chicken was a well kept secret, until the death of Mr Angelo, but old time chefs in their own way, has their reasons not pass to anyone their secrets. People tried to recreate, but none got the exact replica. Nowadays, there are many versions in Macau itself. If you just google, you can see how different each plate looks like, some with a thick coating of gravy, some swimming in thin gravy, some yellowish, some orangey, some reddish.


If you ask me how this taste like...the gravy is not spicy.... maybe my chilli isn't spicy enough. The ingredients sound like satay sauce, but not quite, masak merah, not quite, the western herbs made it different, and the Chinese 5 spice, the rosemary, the bay leaf, makes this dish a truly fusioned dish, East, West and African. I can't quite describe as it's quite confusing for my brain to process. LOL.

But my hubby said  it's good. 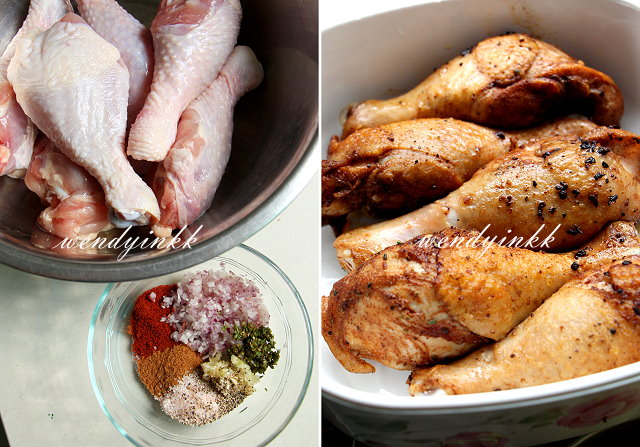 6 large drumsticks/3 whole thighs (around 900gm) or half a large chicken
1 potato, peeled and cut according to your preference

1. Marinate chicken for a few hours.
2. Coarsely grind shallots, garlic and chilli (or you can finely chop them).
3. In a dry wok, on medium low heat, toast grated coconut until fragrant (colour doesn't matter, as long as  you can smell it, then you can stop)
4. Wipe  the wok clean and put in 1/4 cup of oil. Fry the potatoes until lightly golden and set aside. Brown the chicken pieces, no need  to cook through. Place chicken onto  a baking dish, in a single layer
5. Strain the oil. And clean the wok. Preheat oven at 180(fan)/200C.
6. Put oil into the wok (I use the strained oil because it has the chicken fragrance in it, or you can use new oil). Cook the chilli paste on medium low heat until it turns glossy and fragrant. Add the rest of the gravy ingredients  in. Bring it back to a boil and let it simmer on medium heat for 5  minutes. Watch it, don't let it burn. Season with salt and pepper if it's needed.
7. Spoon the gravy over the chicken pieces. Cover the dish (with foil, I used Corningware to bake, and I used the lid) and bake for  20 minutes.
8. Remove the lid, put in the potato and bake for  another 10 minutes, lid off.

I actually made this 3 times, with the first two times, using a recipe from Maria Cordero (Video). My pictures look as if they have a crispy crust, but nope. The sauce just dried up on the chicken skin, not a bit crispy and the skin doesn't smell fragrant. But I'd say, the marinade smelled wonderful. Taste was a bit similar to  sambal chicken that is made without belacan. Urrrghhhh.... it's complex! 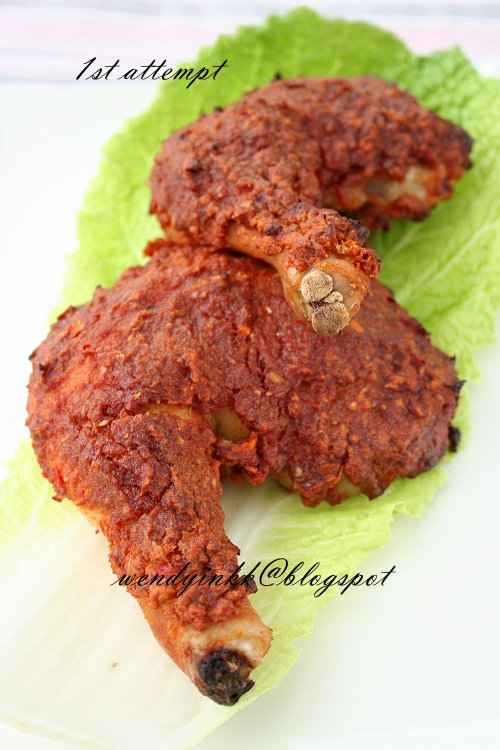 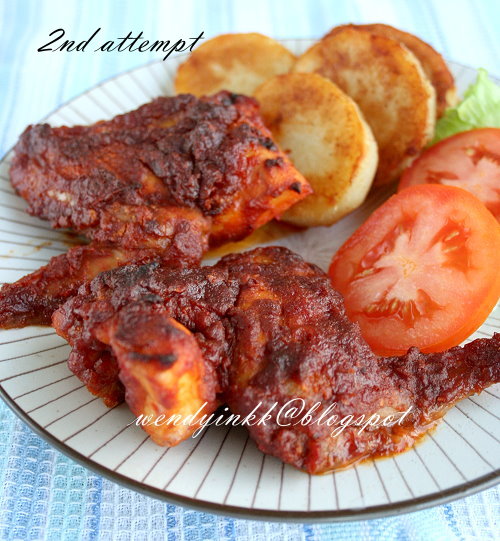 I am submitting this to Asian Food Fest Hong Kong Macau Month,
hosted by Annie of Annielicious Food