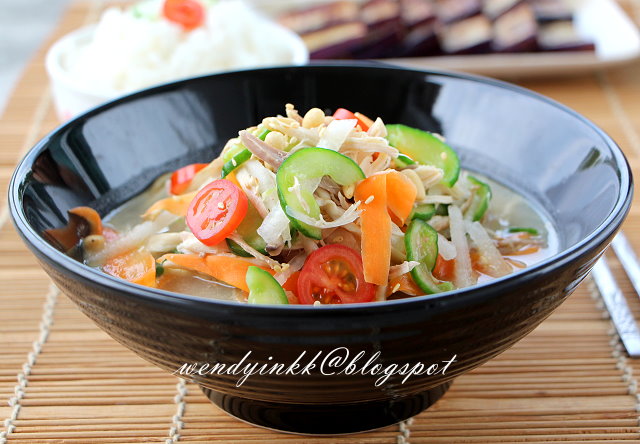 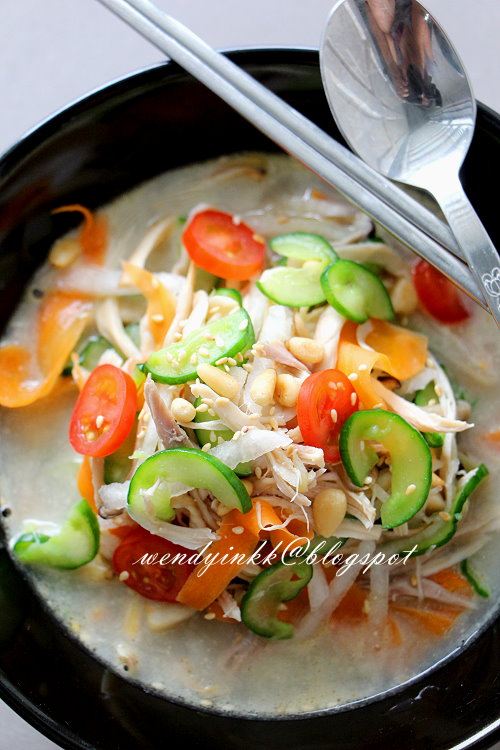 I used the Korean name for this dish and googled for more... and to my surprise... the other recipes were far less complicated. And so.. in the end...decided to do away with some steps as the other recipes didn't have them, but somehow... if you know me enough... I'm usually the sucker for long list of ingredients, hahaha!

I purposely omitted the beef, but mistakenly didn't do the seasoning for chicken strips, but made the other seasoning in the recipe instead. But I think it's ok as the 'other' recipes don't do it as well. The choice of vegetables in the soup seemed to vary from recipe to recipe.

The soup is served cold, with either rice or buckwheat noodles. I think having this on a hot day with noodles will be so refreshing....

And if you can use 25 types of herbs and vegetables with this soup... that'll be awesome! 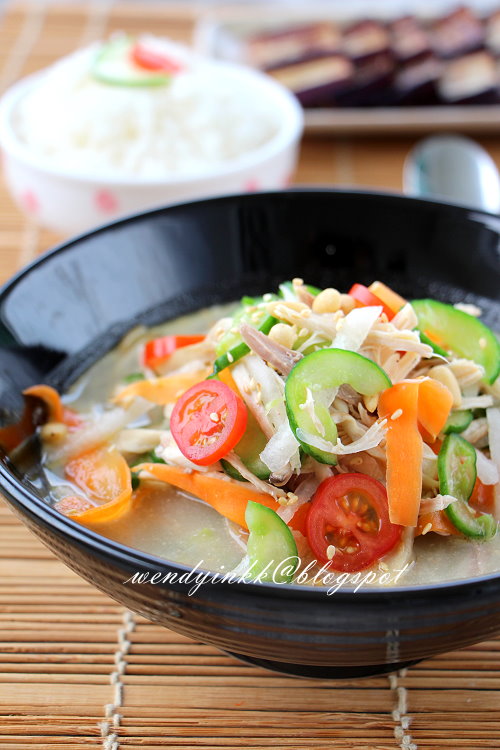 Prepare chicken broth
Bring 2L of water to boil and put in all the ingredients. Bring back to a gentle boil and lower to a simmer for 1 hour (for farmed chicken) or 1.5 hours (for free range chicken). Remove all the floating oil and lightly season with salt. Fish out the chicken and let it cool down. Strain the broth and let it cool down.

Prepare seasoning.
Grind pine nuts and sesame seeds. Mix with the other ingredients.

To serve:
Mix chicken with seasoning and then the vegetables and pour the broth over. You can add ice cubes if preferred. Soup is served cold. 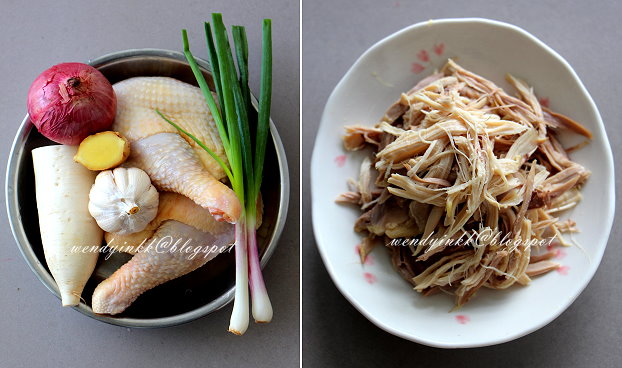 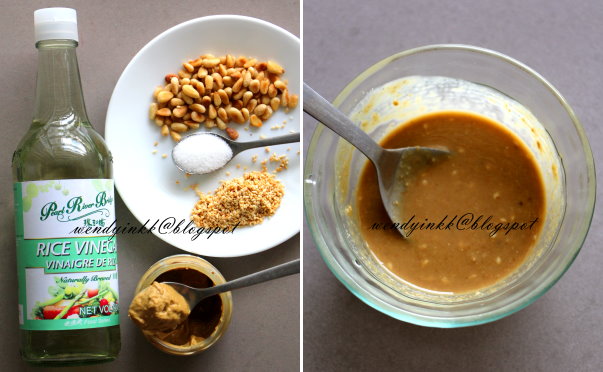 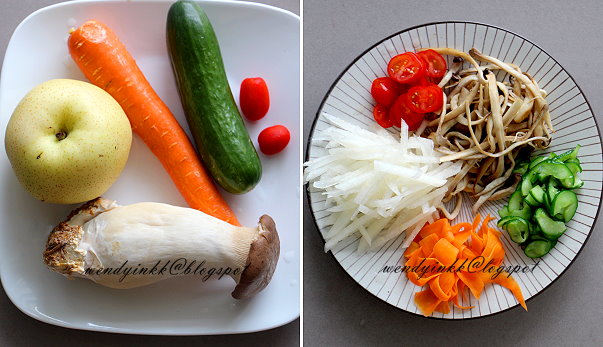 I am submitting this to Asian Food Fest Korean Month,
hosted by Sharon of Feats of Feasts.
Posted by WendyinKK at 11:18 AM