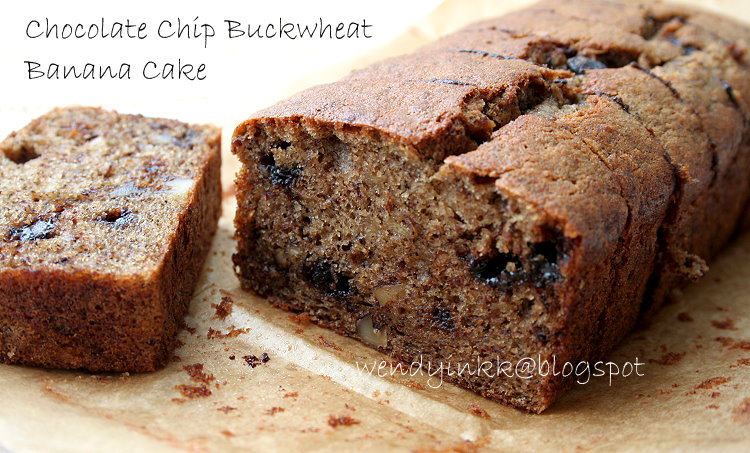 I had 2 extra Dole bananas, after making an order of banoffee pie. They turned spotty and brown really quick in our weather. Didn't want to waste the over ripe bananas, I searched for a buckwheat banana bread or cake. Not knowing whether this existed, hahaha. But it does. So, I then adapted my own recipe with a recipe source to refer to, but I like the idea of adding chocolate chip to the cake.

I’ve only eaten one thing made from buckwheat and that is soba noodles but that is not a bake. I’ve never eaten bakes made with buckwheat, not even buckwheat pancakes. So I was pretty curious about the taste and texture. 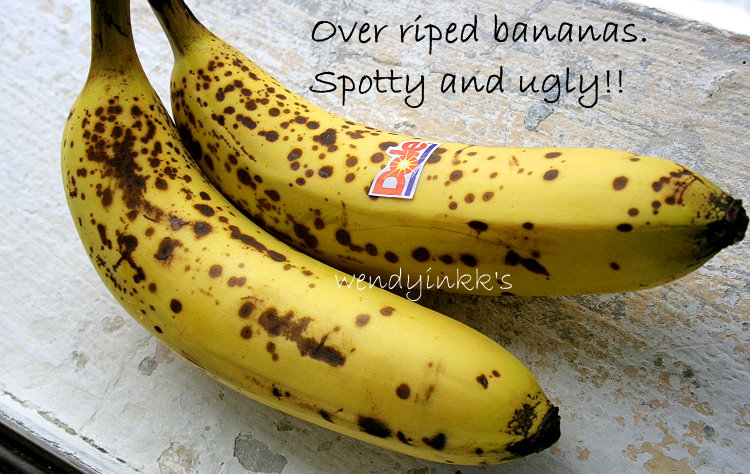 I read from the internet saying things made from buckwheat can be dense and dry, because buckwheat is actually a seed, not a grain. And it does not contain gluten, so it does not hold the structure well, and some flour should be added when baking with buckwheat. If you are going gluten free, then add glutinous rice flour, xanthan gum, and whatever that is used to substitute the wheat flour component. I can eat wheat, so I used a combination of buckwheat flour with all purpose flour, not cake flour. I do not want to add to the crumbliness. 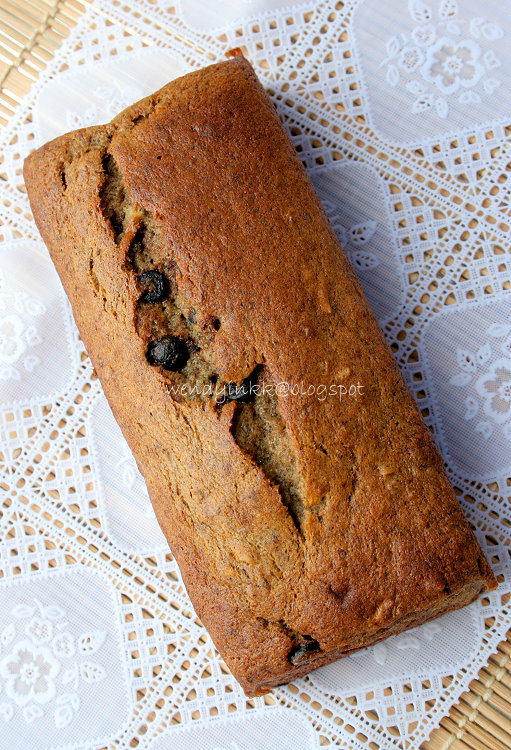 My first time baking this recipe was in 2010, and I used dark buckwheat flour (whole grain). Most of the buckwheat flour sold in Malaysia is the dark type, of which is made from unhulled buckwheat groats, and therefore, has a grittier texture. And few months back, I finally got a pack of the light type, which is made from hulled buckwheat groats, and therefore gives a smoother mouthfeel, but doesn't work well in this recipe. The cake taste soggier and less spongy. The latter is harder to get in Malaysia, and comes under this brand, Radiance. So don't worry, high chances of the buckwheat flour in your usual organic shop will be the dark type, unless buy Radiance brand. 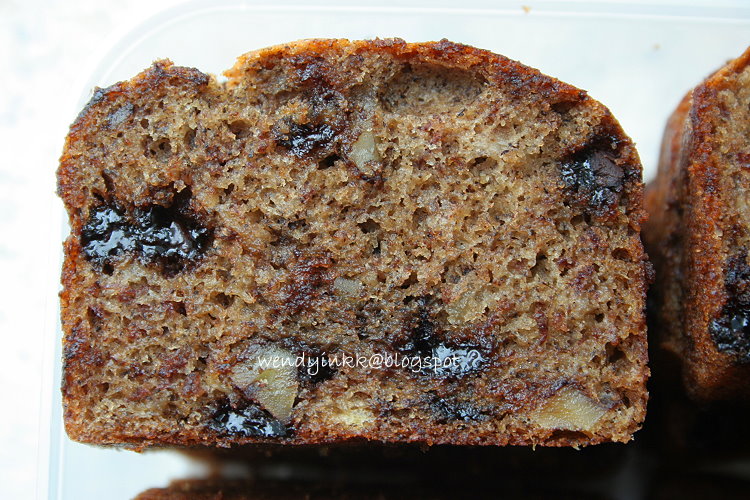 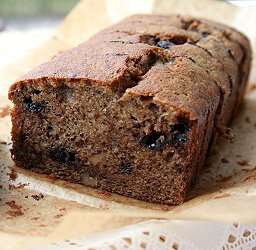 1. Preheat oven at 160(fan)/180C. Prepare 3 mini loaf pans or two (3.5X7inch) pans or one large loaf pan. Line the pans.
2. Sift both flours together with baking soda. Mix with chocolate chips and chopped walnuts. Set aside.
3. Mash bananas and mix with yogurt. Set aside
4. Beat butter and sugar until light and fluffy.
5. Put in eggs, one by one, beating well and scraping after each addition.
6. Put in banana mixture and beat until well combined.
7. Use a spatula and fold in the flour mixture.
8. Divide batter into prepared pans.
9. Bake for 35 minutes for smaller pans or 50 minutes for large pan, or until skewer comes out clean.
10. Cool cake in pan for 10 minutes, overturn and cool on rack.

Verdict: Absolutely lovely. The crumb was tender but not too crumbly. The buckwheat lent a certain aroma to it, and it was nice. The whole grain buckwheat flour might give a texture that is not so familiar, but it's ok. So far, my favourite banana cake : ) 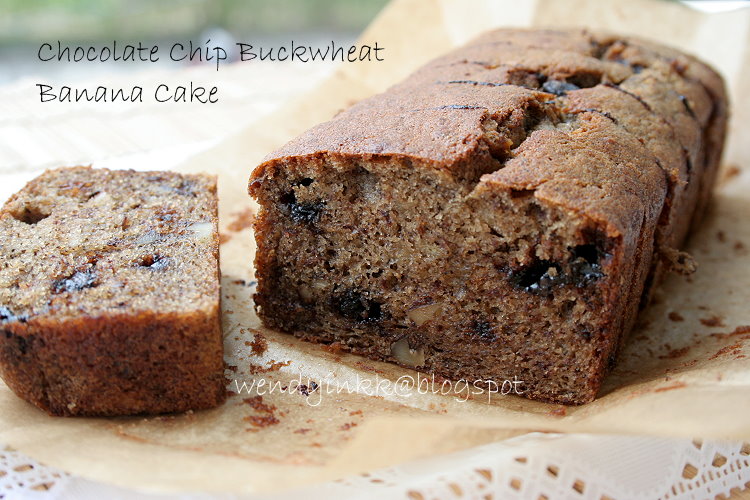