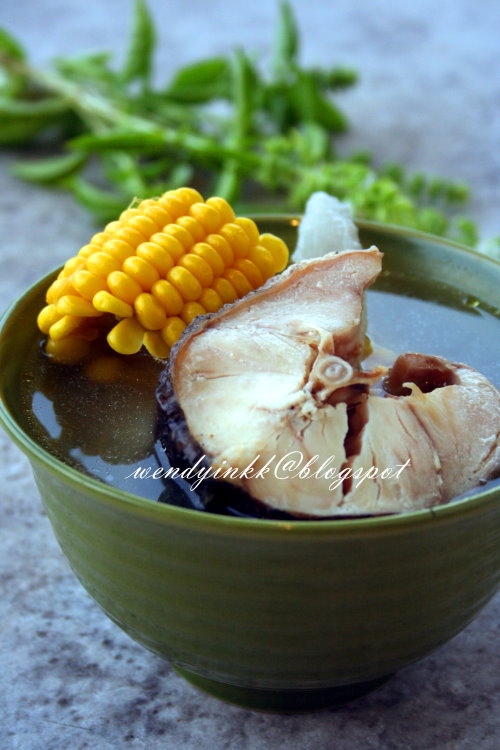 Not that slithery snake!
It's the type of fish with a head that looks like snake. Locally prized as a wound healer. It's known as "Sang Yue" or ikan haruan.

Whenever someone has an operation done, or an open wound, this soup will be very suitable. Don't think that I have wounds, haha. We drank this just as a regular soup for dinner. 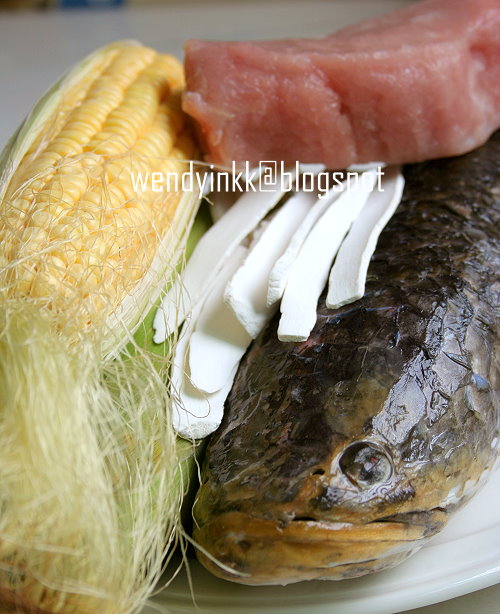 Some relatives passed us some snakeheads and I adapted a flathead fish recipe to make this soup. I made this soup twice before and it's soo delicious! The original method calls for frying the fish before use, but I chose to rub on some oil and bake it. The reason for pre cooking the fish in oil is that the flesh won't disintergrate that easily when being boiled. Modified from: Soups for Expelling Dampness and Heat by Chiu Sang

1. Cut fish into large chunks, rub some oil over and bake at 200C until the skin looks slightly golden. Rinse fish under running water to remove excess oil.
2. Cut corn into chunks and pork into large cubes. Rinse huai shan.
3. Bring the water to boil and put in everything, except salt.
4. Bring it back to a boil and reduce to a simmer for 2 hours.
5. Season with salt and turn off the heat.