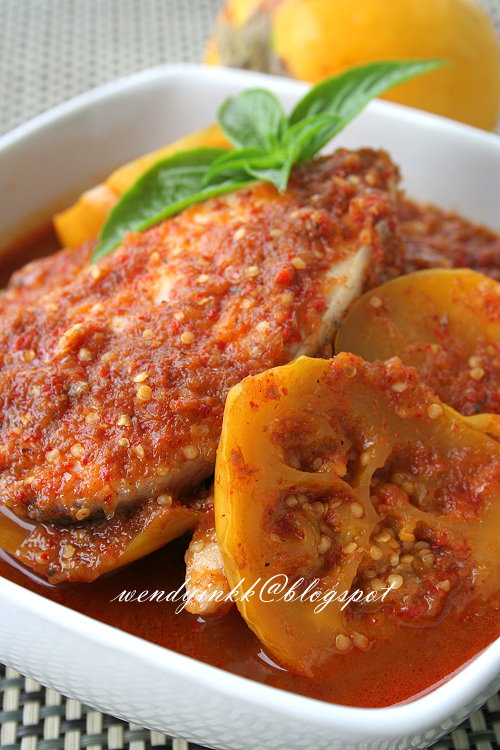 During Sarawak MFF, I got to know Julina, the lady behind Hunter's Food., a blog that focuses on Sarawak Ethnic Cuisine. Thanks to her, I learnt a lot regarding Sarawak Ethnic Food and from there tried cooking two ethnic dishes like Manuk Pansuh and Pig Stomach with Pineapples.

She sent me some Sarawakian food stuff and one of them is this. Thank you Julina.
I have seen another participant to our virtual event cooking seafood with this eggplant and so, I tried cooking it her way, but with only fish.

Actually I cooked this dish last September, which is almost a year ago. 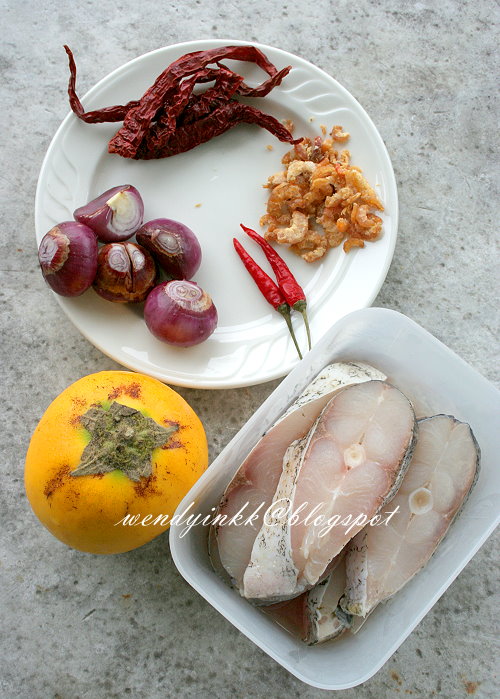 I was silly as I didn't know how to handle it, and so I sliced it and used it as it is, not knowing that I actually had to discard the seeds, LOL. So, every mouthful was seeds. In the end, we just scraped away the seeds and ate the fish. Or maybe I should strained the gravy instead. The gravy was indeed sour, a type of sourness that is not similar to tamarind or lime. Rather fruity and I quite like it.

I posted the picture of my dish on FB after I cooked it that time, and hahaha, I did get a lot of advice on how to handle the fruit. First time using it, you see. Nevermind I'll know what to do next time. Always learn from mistakes.

I tried growing it, and indeed it grew, but it didn't last long and now it's gone. 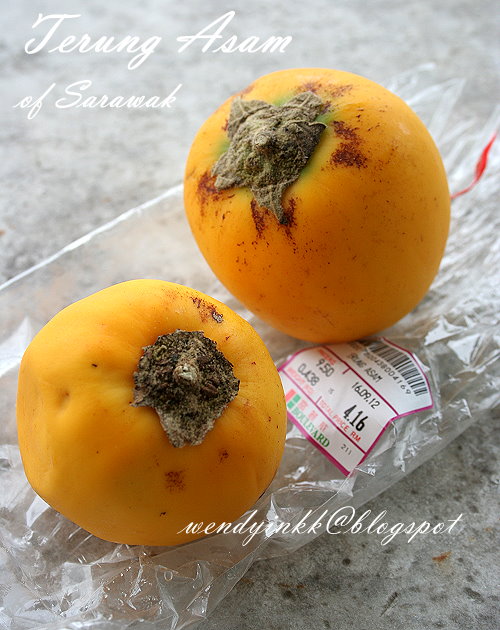 1. Remove seeds from dried chillies, soak for 10 minutes or until softened. Grind it together with shallots, and dried shrimp.
2. Heat wok and put in 3 Tbsp oil. Saute the chilli paste on medium low heat until it looks glossy. Put in sliced iban eggplant and cook for a while.
3. Turn heat to medium and put in water. Lower to a simmer until the skin detaches from the eggplant.
4. Season with salt and sugar (I used ½ tsp salt and 2 tsp sugar, it depends on how much gravy you want to retain)
5. Put in fish slices and cook for 3 minutes or until fish flakes easily with a fork.
6. Dish up and serve with rice. 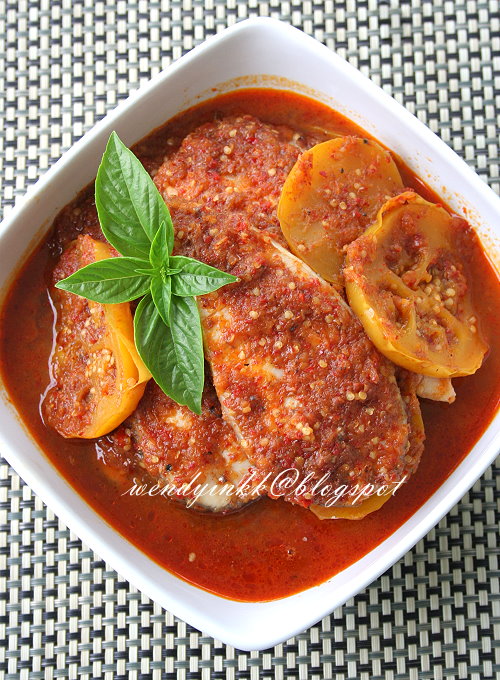 I am submitting this to Merdeka Open House 2013, Treasures from Sabah and Sarawak hosted by Babe in the City-KL