As the last state to be featured for MFF, Perak will close the curtains.

It's been a busy month for me as quite a lot of things happened and is still happening. I even skipped blogging for a week without notice, that is if you noticed, and it's because I really couldn't cope.

This month has been a real challenge for me as I had to do so many experiments... because non of the hawker recipes I made, came with recipes and had to be recreated from memory of taste and texture.

Perak has quite a handful of bloggers, or at least, were born and raised here, but now am residing elsewhere.
We are all passionate about the food we grew up with and a big thank you to all who are not Perakians but have tried out the food from our state. I recieved a total of 58(+9) entries this month, with the 9 not emailed in to me, but submitted to our FB event page. I think everybody has been pretty busy with the school holidays, Raya and Merdeka ... of which is why I must truly apologise for being sooo late.

I know that this month.. some of you may feel.. that some dishes are not special enough as they are also available elsewhere.  But let's not forget that this event is not about ORIGIN, but popular food that is somehow iconic, popular and has a taste of its own from that area. 100 years ago, 3 towns in Perak holds the top 4 spots in terms of size of town for Malaya, not counting the strait states. So, it's not surprising that the food from Perak that has been around for ages, been cooked elsewhere, given a face lift and food evolves. Embrace the differences, acknowledge each state's food culture and let's see what is POPULAR in Perak.

I'm going to do the round up a little different this time.. I'm going to go with districts... so that you may see.. the distribution of good food around the state :) Kinta
Places  include Ipoh, Batu Gajah, Tanjung Rambutan, Gopeng, Pusing, Chemor and etc.
Fellow bloggers like Lena, Elin and Esther are from Ipoh. The latter two made something.. and I'm still waiting for their emails :)

Lots in this list.... let's go with Ipoh first


Kampar
The newest district.
Includes Kampar, Mambang Diawan and other smaller towns surrounding it.
FYI, 4 bloggers who submitted to this event come from Kampar :) Namely, Me, Annie, Mel, and Minty. There are a few more who didn't join us this month.

Claypot Chicken Rice
Yes yes.... every food court has it, common in whole of Malaysia. Yes yes.
If you are one of those that used to drive along the trunk road back before the PLUS highway was built before the 90's.. and if you were one of those who will stop by Kampar for dinner, this is what you will probably eat. There was at one time at least 7 stalls in just one street. If it's not iconic enough, cookbooks won't put the 'Kampar' word there and TV shows won't come to town to shoot this dish.


For the curry chicken bun, I'd like to add something.
I've read comments saying it's not special only to Kampar and that it's found in Lukut as well. YES!
Both places argue that they invented it.


Now, for these following dishes, Annie is replicating a from a very popular shop in town.

Manjung
The Foochow stronghold area of Perak :)
Sitiawan and Ayer Tawar is in this district and we have Ivy from here

Hilir Perak
Our friend Amie's beloved mother is from Bagan Datuk.
The biggest town is this district is Teluk Intan.

Kuala Kangsar.
I am currently residing here :)
The royal town of Perak with its surrounding towns.

Hulu Perak
Where the historic town of Lenggong, the Guangxi stronghold of Perak is and home to the famous Pekasam dish.

Batang Padang
Major towns in this district are Bidor, Tapah, and Tanjung Malim.
Adeline from Lite Home Bakes is from Slim River :)


And with this final round up, I will announce that Malaysian Food Fest has come to an end!
Thankyou everybody for participating

Don't forget to visit out Malaysian Food Fest page if you need the links to all the state food round ups :) 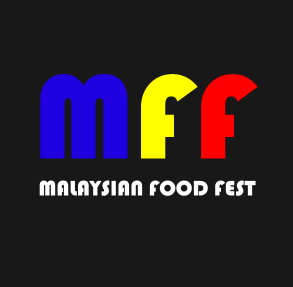 Posted by WendyinKK at 9:01 AM

Email ThisBlogThis!Share to TwitterShare to FacebookShare to Pinterest
Labels: MFF