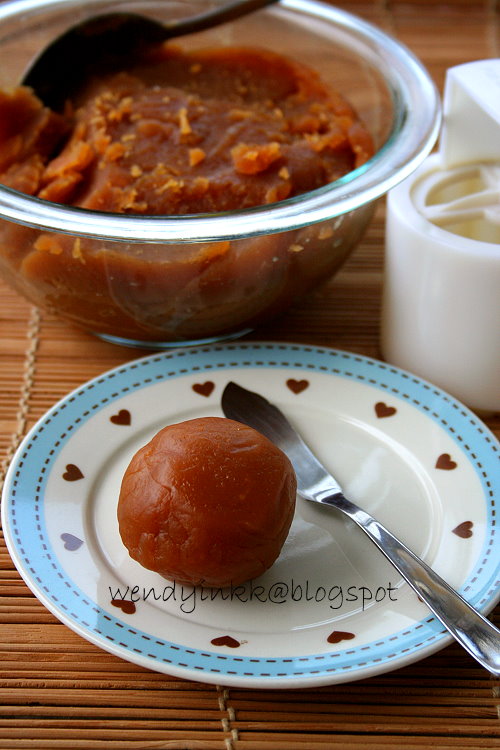 Personally, I don't like eating mooncakes. I eat, but I won't look for it, but if someone puts it infront of me, asking me to eat, I'll take a small wedge.

I made this because my dear daughter no2, smuggled a pack of lotus seed into my shopping cart when I went to the chinese herbal shop. I paid and brought it home without me knowing until I split my goods with my mother in law. Neither me nor her took it. And so... I suspected my daredevil did it. She admitted it with a chuckle! Gosh, gosh gosh!


My mother once told me of a delicious lotus seed mooncake that she ate many many years ago in the 70's. I can never say no to my mom's request and this time... Lyanne's action has pushed me to make it for my mom for this year's mooncake festival.

This lotus paste is mildly sweet and I prefer the caramel version as it is more fragrant and it keeps better than white lotus paste of which is not caramelized. If you want to make the white lotus version, just skip the caramelization and slightly reduce the sugar as there's no bitter caramel for it to offset. 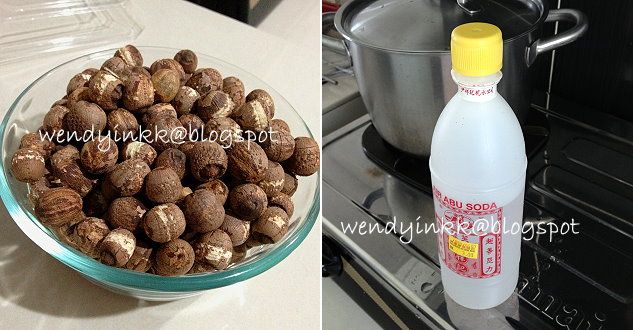 About lotus seeds, my mom prefers the one that is whole, and comes with skin as it gives the best flavour, according to her. As always, the less exposure it has, flavour will be preserved better. My mom also said, never to chill the seeds after soaking as they won't soften after boiling. I don't know how true is this, but I won't risk it.

If you're not comfortable with lye water, you can try using 1 handful of charcoal ash instead. That's what my grandaunt used back in those days and washing off the ash is messy. I do remember how she did it when I was a kid. Usage of an alkaline solution to soak the lotus seeds is to ease in softening and removal of skin. Maybe you can try baking soda but be careful if it bubbles up when you boil it or add it into hot water. The reaction could be big. 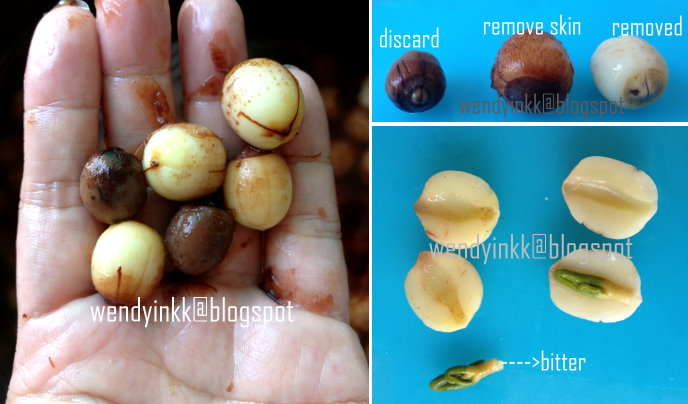 Now since this is my first attempt and probably my last attempt (I don't fancy eating mooncakes, remember, hehe) I am just ok with the result, not to say the best or even very good, because it's not smooth enough. I can't imagine how much oil is used in commercial paste as the amount in this recipe is already jaw dropping.

It's also not as sweet as those sold, and therefore not as "moist" too as sugar is a humectant.
Looks a bit dry, taste a bit dry..but.... in exchange for less oil less sugar.... I think it's ok

Caramel Lotus Paste
by WendyinKK
Makes around 1kg of paste

1. Put lotus seeds and 2L water in a pot. Bring it to boil and put in lye water. Turn off the heat. Let it turn cool (you can do this the night before you sleep and proceed to step 2 when you wake up).
2. Drain the lotus seeds. Rub the skins off the lotus and rinse it clean. Discard bad ones.
3. Split the lotus seeds and remove the core. Wash them again.
4. Put the cleaned lotus seeds into a pot, with enough water to cover, about 1 inch higher than the seeds. Bring to a boil and lower to a simmer for 1 hour. It should be tender by now.
5. Blend everything to a fine paste. (If you are using a jug blender, let the lotus seeds cool down first, you might need to add more water to effectively blend it fine). Strain and discard remnants (There will be minimal remnants)
6. Heat a non stick pan and put in  30gm oil with 50gm sugar into the pan. Let it heat up on medium heat until it turns brown.
7. Pour the strained lotus paste into the pan. Stir everything around until combined.* Add in balance of sugar and stir it around gently until combined. The paste will be liquidy again. Then add in oil by the tablespoons, adding more only when the previous spoonful has been well combined.
8. Cook the paste until it becomes thick, slightly glossy and it should be slightly pliable.

*If your lotus paste is blended with the jug blender, cook it until it's very thick before adding sugar. 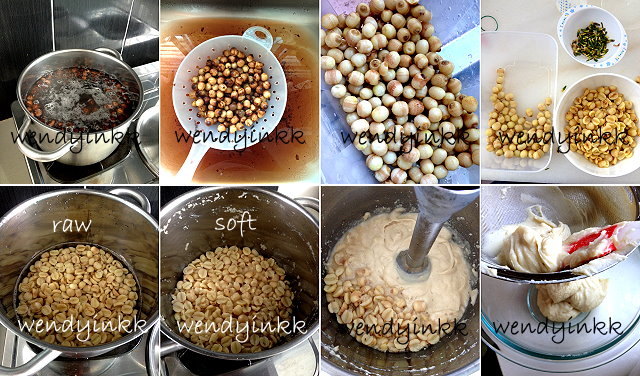 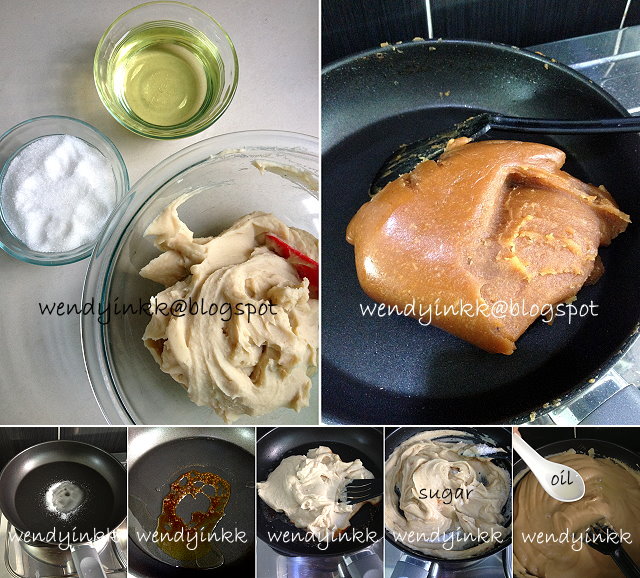