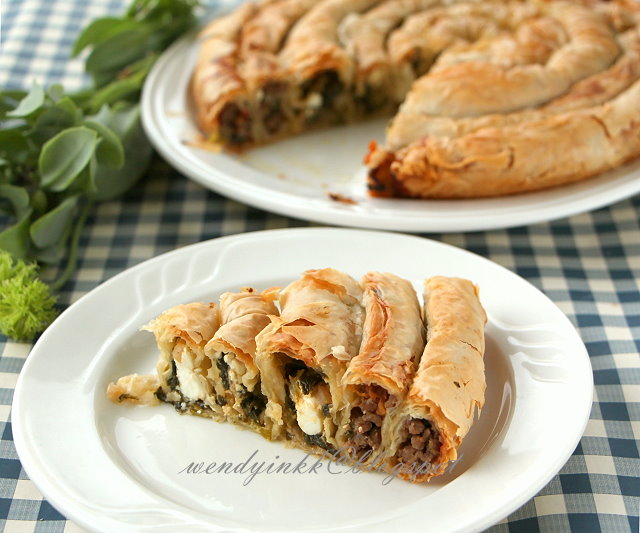 Börek in Turkish language is any pastry made with yufka or commonly known as phyllo/filo. Borek comes in many forms and can be filled with a variety of fillings, but the traditional ones are usually spinach, cheese and minced meat.They can be either fried or baked. You can read about the different types of Borek here

The one I made today is kol böreği and it means 'arm borek' or arm pastry. It is rolled long and can be coiled or shaped into zigzags on the pan. I will go for coil as I like anything that resembles flowers. 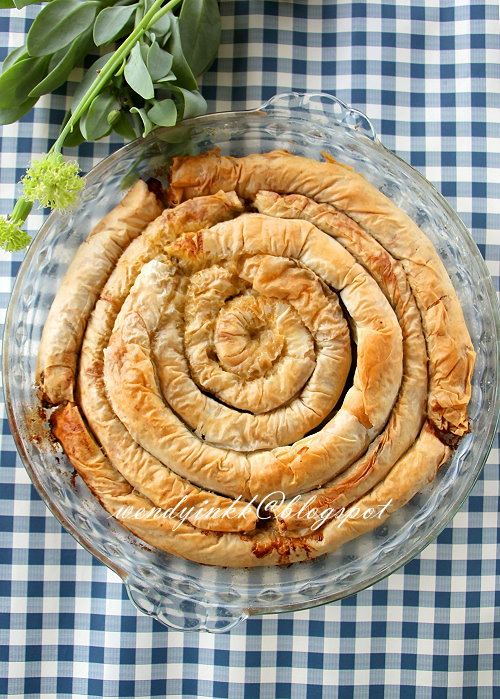 Phyllo is very expensive here. I bought my box of Phyllo for RM19.40 and it is made in Australia. I wonder how much is it in Australia, then next time I'll  ask my relatives to bring back for me. One box has quite an amount of pastry  and I only used 9  pieces this time. I am thinking of what to do next... more West Asian pastries... or maybe Apple Strudel instead.....Hmm hmm.... 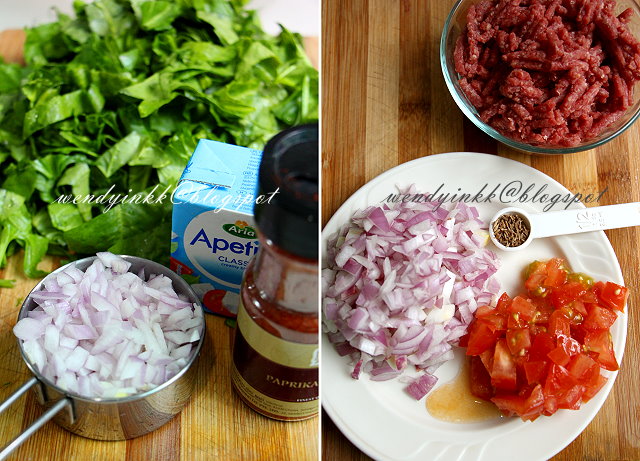 I made this for dinner and it was yummy! I couldn't decide on only one filling and so I made 2, all baked in the same pan. I asked hubby which one did he prefer and he couldn't decide as he liked them both a lot. For me, I prefer the beef filling. We didn't manage to finish it during dinner, and but it was all gone by supper. 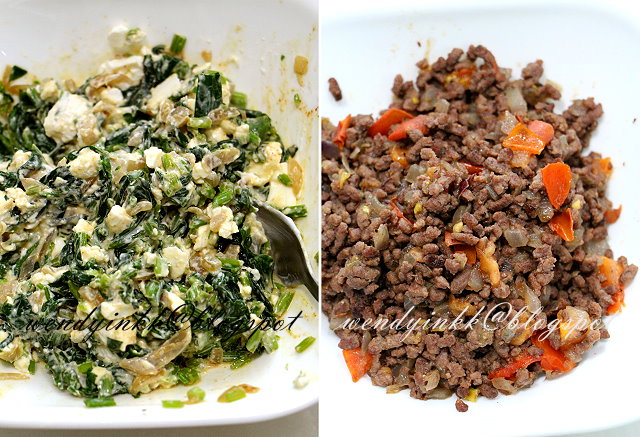 One  mistake I did today was I made too little egg glaze. I should've made more,and finished it with the last piece of phyllo. I didn't want to crack another egg and so, I just brushed the top with a generous amount of olive oil. It didn't look as golden as quick as it should and so I extended the baking time. The recipe below was a jacked up amount  of  egg glaze as I didn't  have enough.

I tried once stacking 2 sheets of phyllo for rolling and it didn't  work as well as folding one slice into half. Maybe this was my first time using phyllo and am not familiar with its 'temperament'. Next time I'll do better
To make it look more  interesting, you can sprinkle some sesame seeds over, something that I forgot. 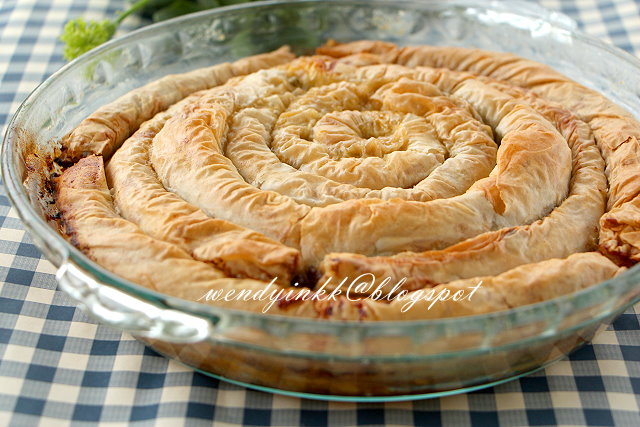 Prepare filling.
1. Spinach filling. Wash spinach to remove dirt. Cut spinach into 1 inch lengths  at the leaves and finer at the stems. Cut half of the stems only. Heat a pan and saute the onions until softened, add in spinach and cook until they wilt. Dish up onto a strainer and let them drip dry. When they have cooled down, mix with paprika and pepper, and crumble the cheese into it. No salt is needed if using feta.
2. Beef filling. Put 1 tbsp of oil into pan and saute onions until softened and slightly browned. Add in cumin and stir. Then add in minced beef. Cook until the meat is slightly browned. Add in tomatoes, salt and pepper according to taste. Make it slightly undersalted. Dish up and set aside.  Let  it cool down.

Assembly
3. Beat eggs with oil.
4. Take one piece of filo and fold it into half. It will look almost squarish. Brush the egg mixture over (no need to be exactly every spot)
5. Put some fillings onto one end, and roll up.
6. Arrange onto a greased 9 inch baking pan. (Either coiled up in one big coil, or like this)
7. Brush balance of of egg mixture over (sprinkle sesame seeds over) and bake in a preheated oven at 200C  for 30  minutes or  until golden. 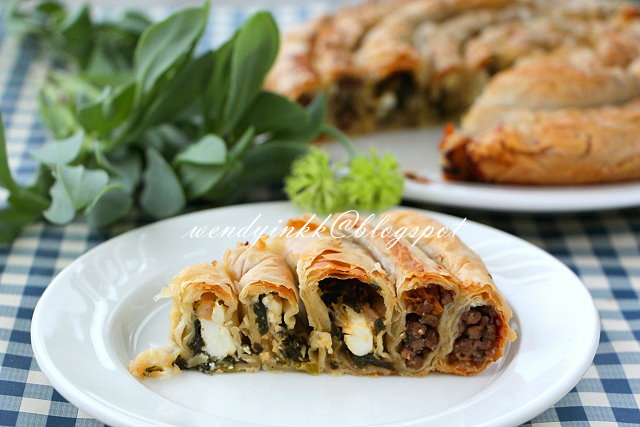 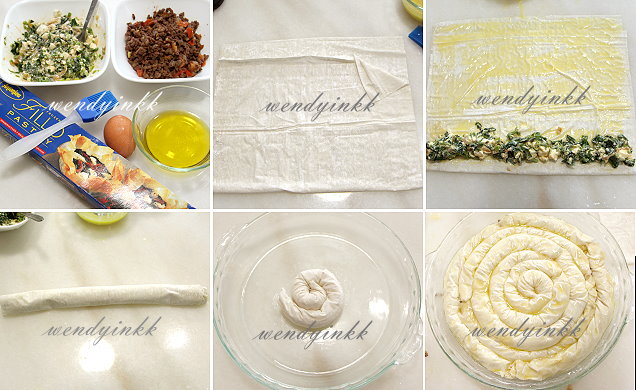 I am submitting this to Asian Food Fest West Asia Month,
hosted by Shannon of Just as Delish
Posted by WendyinKK at 11:00 AM