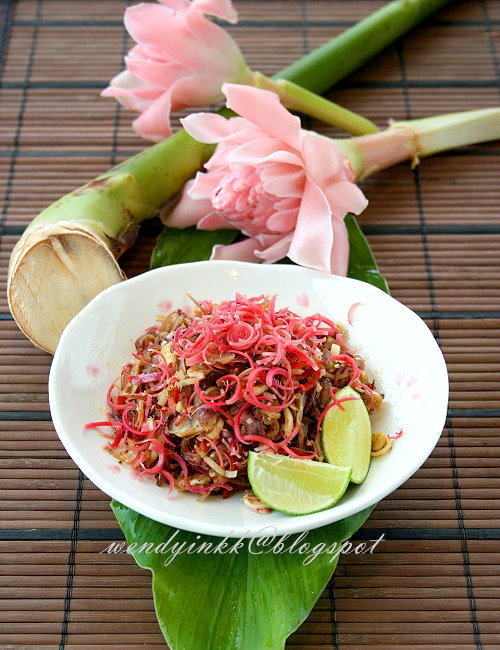 Bongkot is Balinese for torch ginger or what we know as bunga kantan locally.

Sambal Bongkot is a special sambal from Bali that uses the shoot of the torch ginger, yes the shoot. Now, that is something that isn 't easily available in Malaysia, not in the market, any market for sure. The buds are easy, but not the shoots. Unless you have access to the plants

In Malaysia we use torch ginger bud to cook assam laksa and asam pedas fish. I used to think that the flower is not 'edible', as in 'swallow-able', but when I saw my ex colleague eating 2 buds in a row in her assam laksa, I knew it can be swallowed. Some things are meant to flavour and season and not everything is edible. 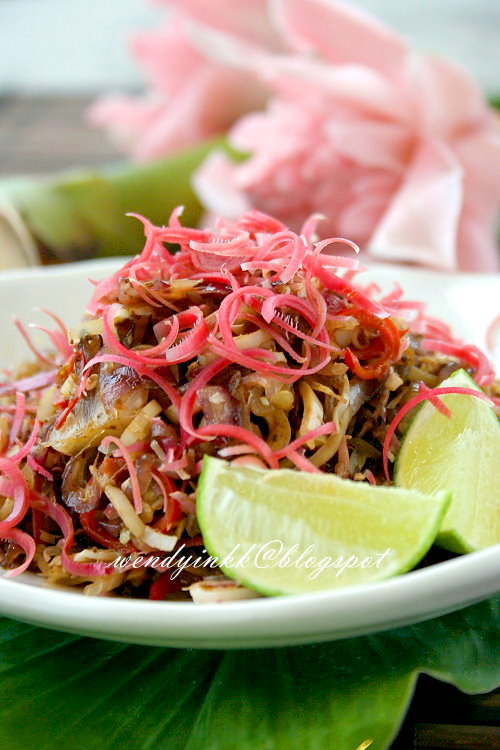 When I saw this recipe, I was delighted that I would be able to try it. My neighbour has torch ginger in his garden and I could ask for some shoots. My neighbour was so surprised about my request, and asked me if I wanted the stalk of the flower, no I said the shoot. He told me, he didn't know that it can be eaten.

He was nice and gave me two shoot and two buds. According to his wife, I should take the opened bud. It is still edible because it hasn't fully bloomed. But since it's so pretty being halfway bloomed... I dropped by the wet market when I went to pick up my girls from kindergarden. I bought a red torch ginger bud and it looks magnificent in the sambal. I saved the half opened buds as decoration... Aren't they pretty? 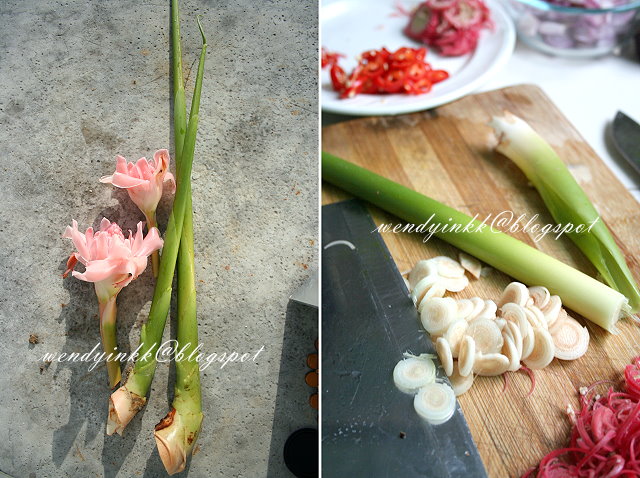 The sambal was quick to cook and prepare. The only thing is you must know how to slice the torch ginger shoot. Remove the green parts by peeling and slice the white parts. When you start to see fibres coming off, it's time to peel the outer layer and keep on slicing and peeling until you finish the whole thing.

I love the taste but as always my husband is a bit reserved about it since it's made with aromatics. Something different and special for me. 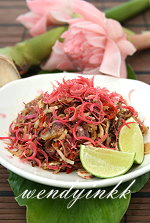 1. Heat wok/pan and put in the coconut oil.
2. Put in the sliced shallots and cook until wilted.
3. Put in everything else and cook for a short while (I cooked about 10 seconds)
4. Season with toasted shrimp paste (I used 1tsp)
5. Serve with lime wedges by the side 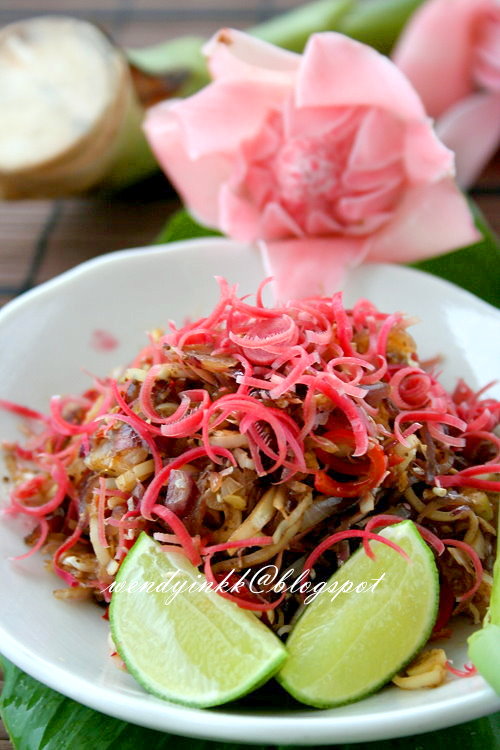 I am submitting this to Asian Food Fest Indonesia Month,
hosted by Alice of I Love. I Cook. I Bake.